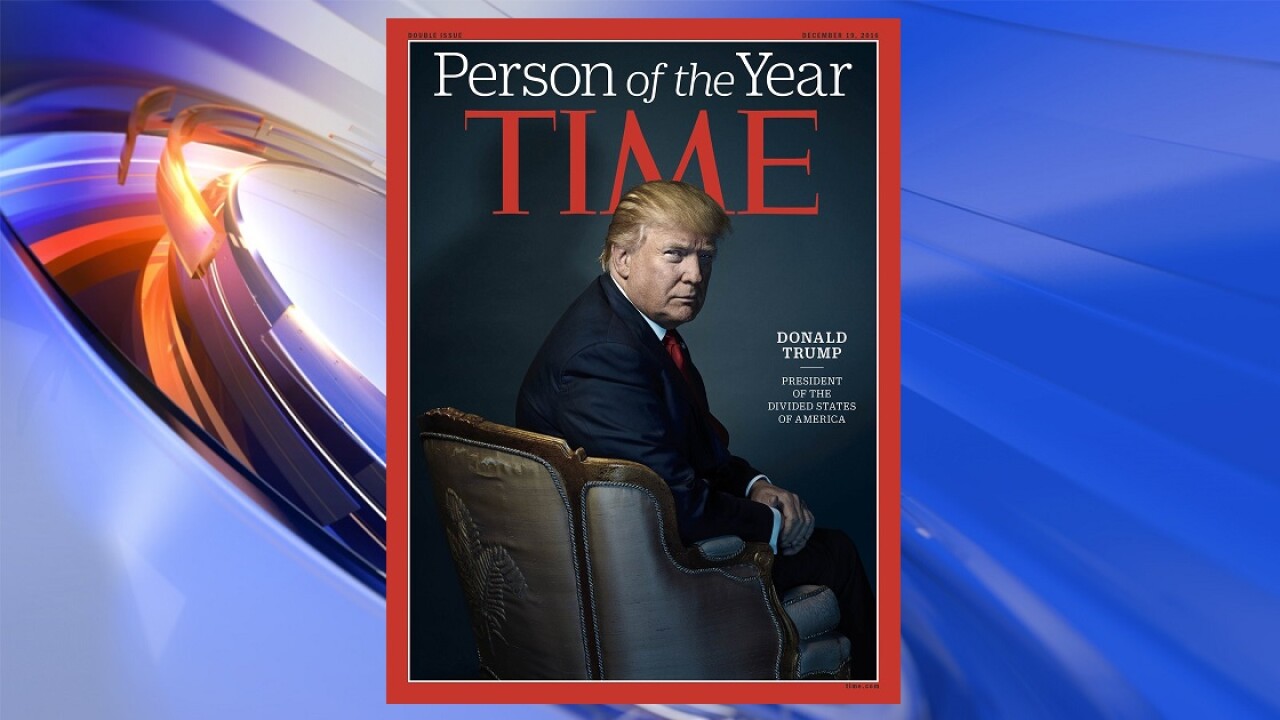 Time magazine has named Donald Trump its Person of the Year — calling him “President of the Divided States of America.”

“I don’t think that we have ever seen one person, operating in such an unconventional way, have an impact on the events of the year,” said Time editor Nancy Gibbs.

She called this year’s choice “one of the more straightforward years.” Trump beat runner-up Hillary Clinton for the distinction, which Gibbs said is given to the newsmaker who has the biggest influence on world events, for better or worse.

Placing third was “the hackers,” to cover people who breached the records of major government organizations, politicians, celebrities and everyday citizens.

The announcement was revealed on NBC’s “Today” show. Speaking on the show via phone, Trump called the title a “very, very great honor.”