What it’s like to fly on Air Force One 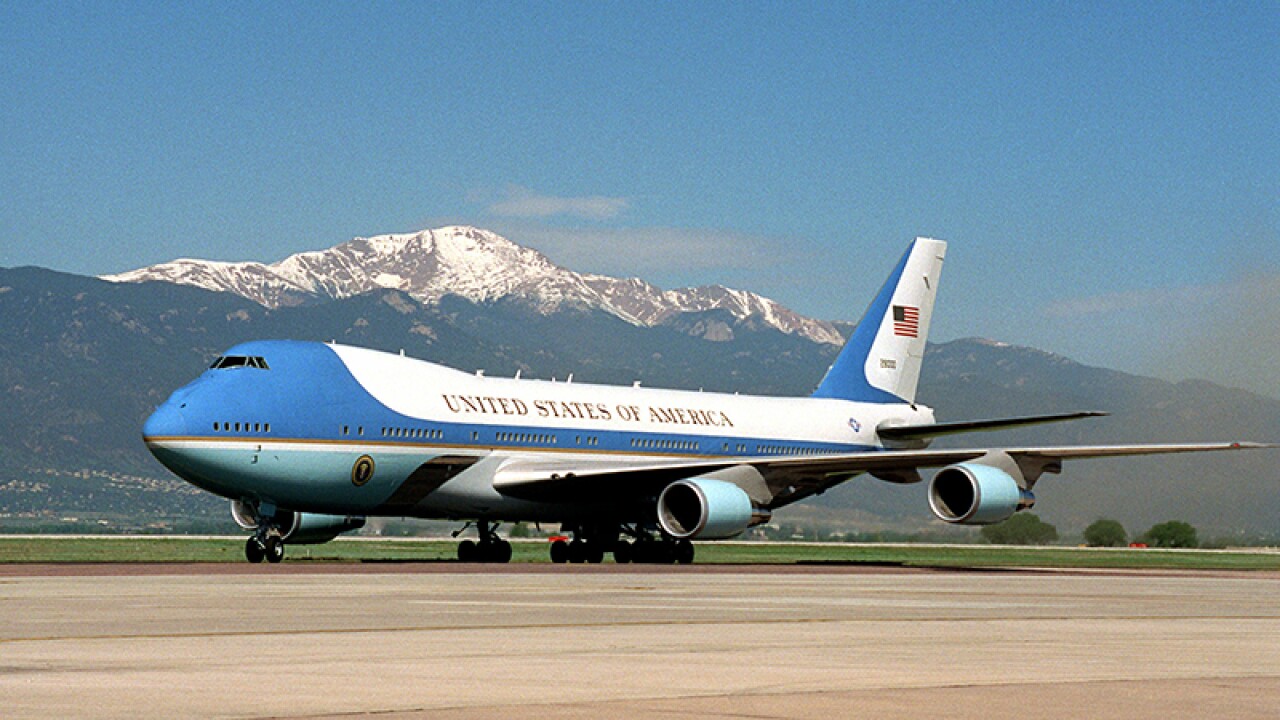 Few Americans — including Donald Trump, at least for now — have flown aboard Air Force One.

The plane is the preserve of Presidents, their families, staffers, Secret Service agents, servicemen — and journalists, who accompany the commander-in-chief from a cabin at the very back of his plane.

Together, we’ve flown on Air Force one with three presidents to nearly all fifty states and dozens of countries. CNN journalists have been accompanying Presidents in the air since Ronald Reagan was in office.

It’s an experience that somehow blends the ease of private travel with the rigor of the US military and throws in some of the hassles of flying commercially.

Air Force One may be the world’s most supercharged Boeing, but a ride aboard the presidential aircraft doesn’t reveal the plane’s hidden layers.

There’s never been a time, for example, when the plane had to withstand a nuclear attack (you probably would have heard about that). And the plane’s ability to refuel mid-flight is reserved only for disaster scenarios. And unlike the President, the press traveling aboard don’t make use of its secure communication gear.

Indeed, the plane conceals in its hidden defenses, leaving even those traveling in its rear press cabin wondering what might be stored in the vast body of the aircraft. Rumors abound: Is there really an escape pod, like the one Harrison Ford tried to use in “Air Force One?” (Officially, no). What types of measures are in place to counter an anti-aircraft missile? (A lot, but details are classified).

To the naked eye, flying on Air Force One bears some similarities to a commercial flight. If you’re flying the plane from its home at Joint Base Andrews, you still pass through security on your way to the terminal. The seats, at least for those in the back, are comfortable but nothing like the lie-flat pods in business class cabins on major carriers. And the plane still lacks enough overhead space, particularly when flying for a week-long overseas swing.

But in a larger way, flying on Air Force One is nothing like a routine commercial journey. The plane reveals a sense of imposing power to anyone who’s aboard.

Everything from the coffee cups to the mini Tabasco bottles to the tube of mouthwash in the bathroom are labeled with the Presidential seal — a constant reminder of the most important passenger aboard. On long-haul flights, sleep is difficult knowing there’s a (rare) chance the President could pop his head into the press cabin.

Unlike commercial aircraft half their age, the two modified Boeing 747s are in impeccable condition thanks to dedicated US Air Force staff who maintain them. So, too, do the staff prepare food for even the shortest flights (a 20-minute flight from Philadelphia to Washington last month included little boxes of celery sticks).

There’s never any nagging from the flight staff about buckling seat belts or squeezing your belongings under the seat. There’s no waiting around; as soon as the President boards, the plane begins taxiing for takeoff. It regularly flies directly through turbulence, leading to bumpier flights than on a commercial journey.

For the press, a phone is always available to call down to the ground, though using it is somewhat complicated. The President’s staff finally has wifi onboard to communicate with their colleagues on the ground, though journalists remain (sometimes happily) disconnected while the plane is in flight.

The gleaming blue-and-while fuselage remains an enduring symbol of American authority, half-a-century after Jackie Kennedy hired a professional designer to concoct an airborne visual identity for her husband and the presidency.

It’s that symbol which has traveled to nearly every continent, landing in places as diverse as Midway Island in the middle of the Pacific Ocean to foreign capitals, where the image of the plane landing can bear historic significance.

There are few other planes that could fly to such diverse locations. What other plane carrying a full-sized bed, a bathroom with a shower, a presidential desk, and a mini operating suite could land, for example, at the far-flung Al-Asad Airbase in Afghanistan’s Anbar province? The TV producer on board even brought along a satellite dish to transmit President George W. Bush’s remarks live.

On 9/11, the plane became a mobile command center as Bush darted from state to state, officials never revealing ahead of time where he was headed. Every other plane in the country was grounded.

During Obama’s tenure, the plane has carried the President to places where the site of the blue-and-white aircraft would have been unimaginable even a decade ago. It’s landed twice in Burma. A shot of the plane landing above a worn-out Havana street went viral.

It’s a perk of the office Obama has long said he’ll miss when he leaves office.

“You take good care of me,” he told graduating cadets at the Air Force Academy in June. “You are always on time. You never lose my luggage. I don’t have to take off my shoes before I get on.”

“I am really going to miss Air Force One,” he said.