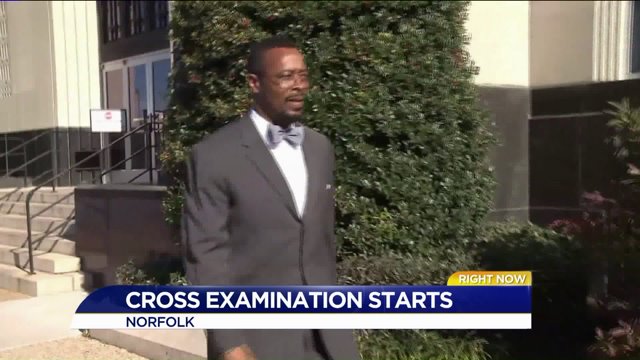 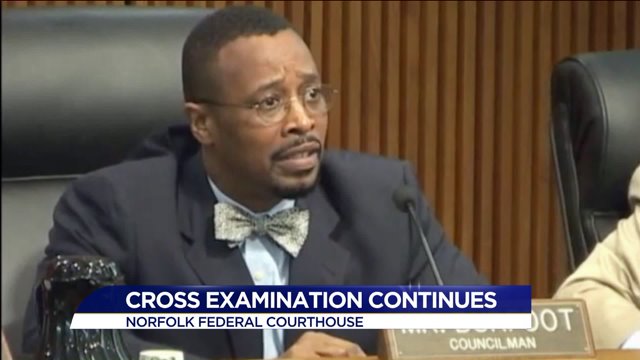 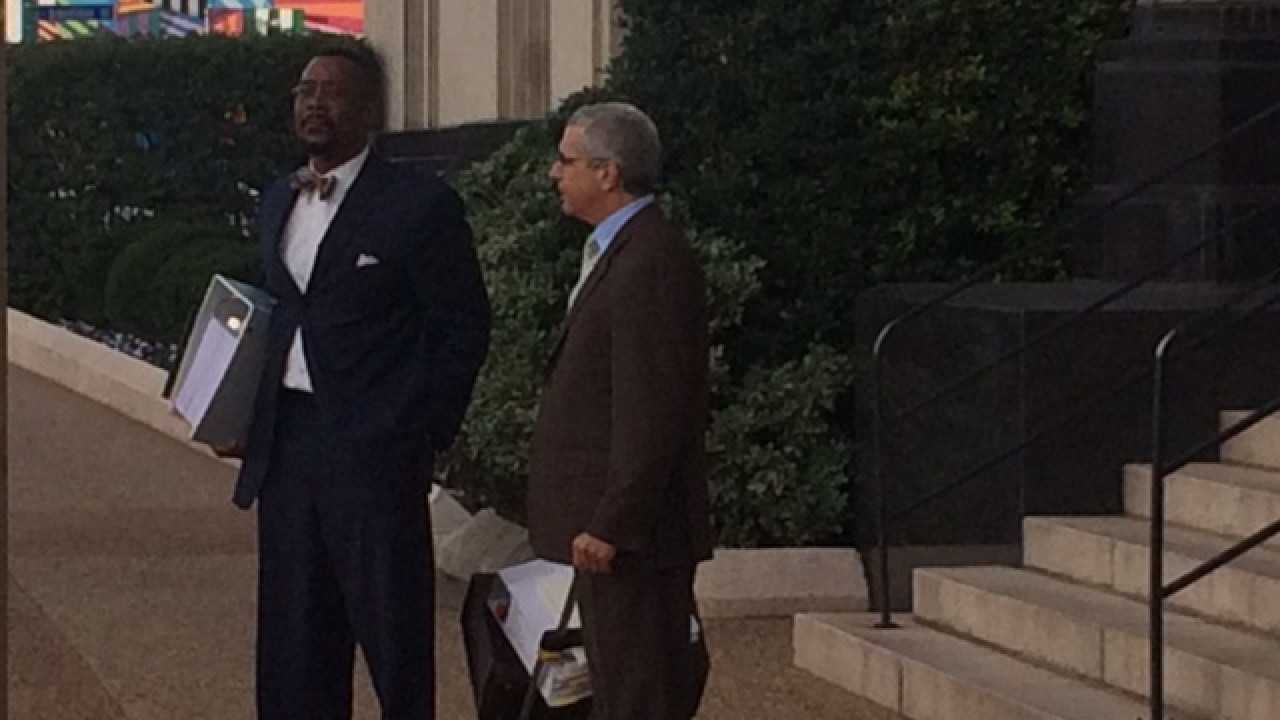 The 49-year-old took the stand in his own defense on Thursday. He spent almost three days on the stand.

Tuesday tears fell from his eyes during redirect after he was done with cross-examination and his attorney was asking him about land he bought and sold in 2006.

His attorney said today he was emotional for him.

His wife, Keisha Burfoot also testified. She said she never saw anyone but herself, Burfoot, friends or family doing work to their home.

It has been alleged Burfoot had renovations done to his home and $13,000 dollars in appliances delivered by the group Tivest.

At the end of cross-examination federal prosecutor Melissa O'Boyle closed by saying, "after all of this are you really going to look the jurors in the eye and say you didn't sell your vote."

Burfoot responded by saying he did not sell his votes and he was doing his job.

Over the course of three days, Burfoot repeatedly told the jurors he did not take any bribes or cash from Dwight Etheridge, Ronnie Boone, Tommy Arney or any another developer or businessmen.

The men are the three key witnesses for the prosecution. Each of face their own charges.

O’Boyle had tough questions for Burfoot during cross-examination.

Under question is a $1,000 car loan payment made by Etheridge towards Burfoot’s Mercedes.

The prosecution alleges Burfoot received the car for free from Etheridge in exchange for Burfoot supporting his projects with city council among other perks.

Burfoot alleges Etheridge, his childhood friend, sold him the car for $20,000 but said it had many problems that Etheridge said he would fix.

He said Etheridge paid the $1,000 car loan because he owed Burfoot the money for repairs.

Burfoot’s testimony directly conflicts with several witnesses for the prosecution.

O'Boyle questioned Burfoot's use of Boone's beach house and asked why he didn't disclose to other city council members he had stayed in the house.

She questioned why Burfoot didn't disclose his relationship with Dwight Etheridge while he was voting on matters that impacted Etheridge's business.

Burfoot said their relationship wasn't a secret and everyone knew they were friends.

The government is trying to prove Burfoot voted for his friends and didn't disclose information to other city council members regarding his alleged business deals.

They allege he took perks including two plots of land and other bribes from developers.

Burfoot fired back on the stand with an explanation for each accusation being made against him Tuesday.

Burfoot said Etheridge was like a brother to him and everything he did was out in the open including buying his Mercedes from his former friend.

Burfoot repeatedly said he did nothing wrong.

He testified each vote he made was because he believed it was for the best interest of the city of Norfolk.

Burfoot testified being a councilman is a part-time position and he had the right to do business with many of these people and he wasn't trying to hide anything.

The defense has argued that many of these votes in question were unanimous among city council.

Over the course of the trial defense has brought up many city officials both past and present who testified they did not see Burfoot soliciting them for book for votes.

In total there have been close to 90 witnesses.

Burfoot denied taking money or having work done to his house by the group Tivest.

Burfoot admitted that Dwight Etheridge, the owner of Tivest, paid for $13,000 worth of appliances, but he testified Etheridge owned him $10,000 for a loan he gave him years prior.

On November 30, former city manager Regina Williams-Gates was asked about the votes she was involved in and said Burfoot never solicited her for support for the developer Tivest or Etheridge.

Several of Burfoot’s family members like his brother-in-law, sister, and mother-in-law also testified Wednesday. They said they did not see Dwight or Curtis Etheridge doing work at Burfoot’s home.

The Etheridge brothers testified they gave Burfoot money, appliances and did renovations to his home, which equaled almost $500,000.

Local businessman Ronnie Boone testified he gave Burfoot cash and access to his Outer Banks beach house. Burfoot told the jury he used the beach house and told people it was his because Boone was trying to conceal the home from his wife.

Wednesday the defense is expected to bring up four more witnesses.  The government said they have two rebuttal witnesses.  The judge said each side will get 2.5 hours for closing arguments.  The judge also ruled if the jury start deliberating on Thursday, they can continue to deliberate on Friday. Throughout the past 5 weeks court has not been in session on Fridays.