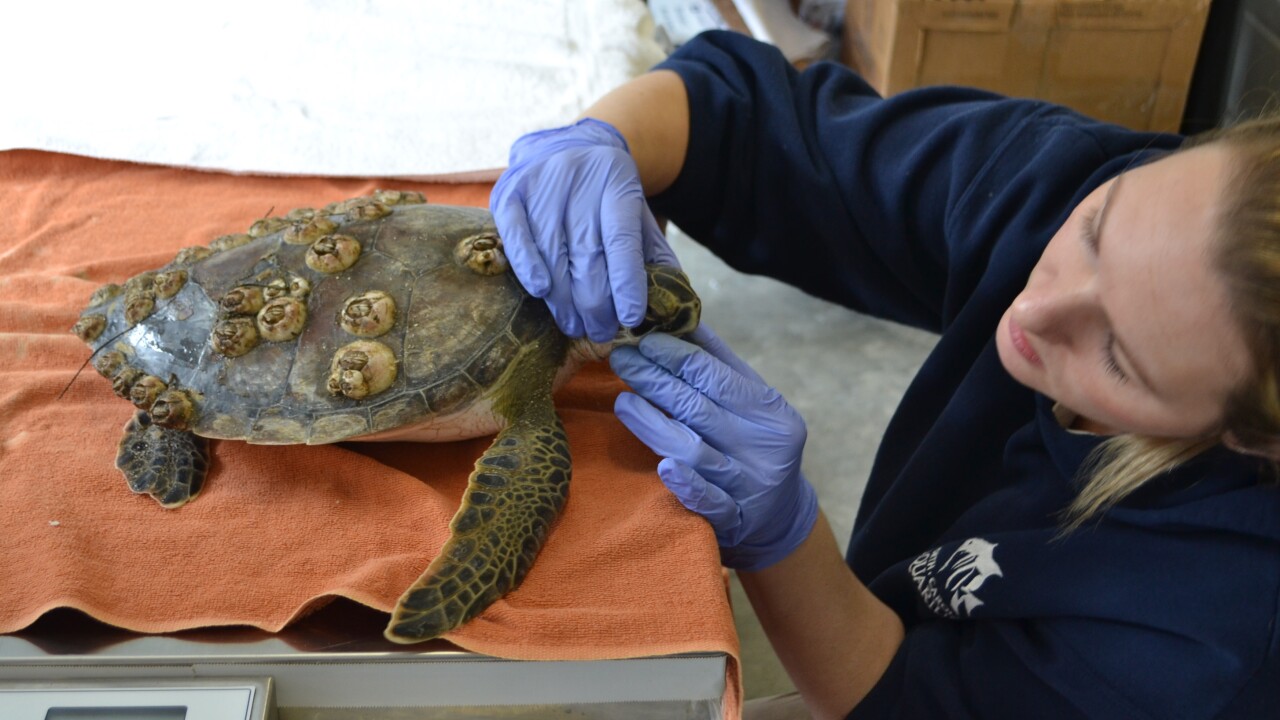 MANTEO, N.C. – Seasonably mild temperatures may have lulled turtles into a false sense of security in 2015 causing them delay their normal winter trek to warm Gulf stream waters.

The Aquarium announced Friday that when the weather changed suddenly last year, cold-stunned turtles were found on the beaches at Buxton, Hatteras and Frisco.

The North Carolina Aquarium on Roanoke Island has a Sea Turtle Rehabilitation Center (STAR) and it came to the turtle’s aid.

The center received and treated stranded turtles on the Outer Banks. Last year before February was through STAR had rehabilitated more than 600 turtles.

The chances of sea turtles getting cold-stunned rise whenever water temperatures fall below 50 °F, an Aquarium spokesperson said.

Already this Fall, coastal regions in the northeast U.S. have rescued turtles stranded on beaches, and there have been several times locally where conditions looked like they could veer in the direction of a prolonged or sudden temperature drop.

The STAR Center continues year-round rehabilitation of sea turtles rescued from various scenarios, from boat strikes to pneumonia, but a cold-stun event like the one experienced in January and February requires far more resources, hours and energy.

The aquarium spokesperson said there will always be a need for financial support for medications and medical supplies. Anyone wanting to donate to the STAR Center can mail or hand deliver a check with “STAR” or “Sea Turtle” in the subject line to the NC Aquarium on Roanoke Island, 374 Airport Road, P.O. Box 967, Manteo NC, 27954 or donate online at ncaquariums.com/roanoke-island and use the code SEATURTLE2016.