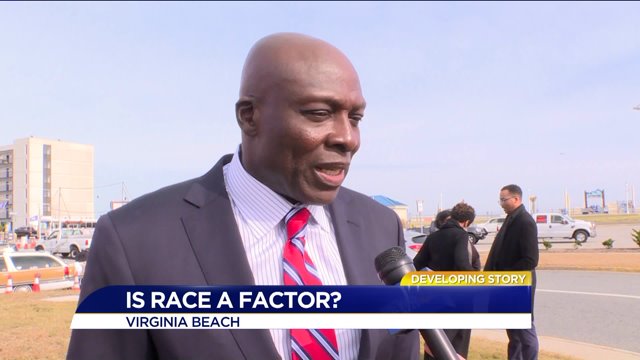 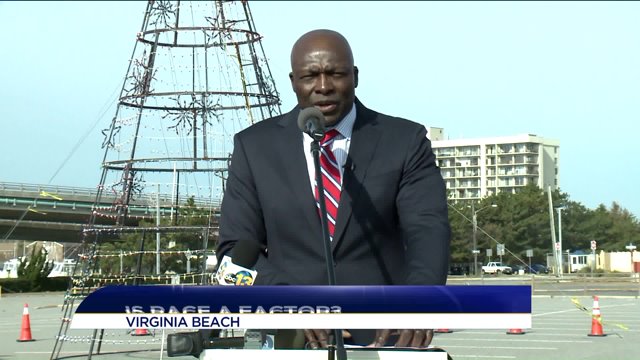 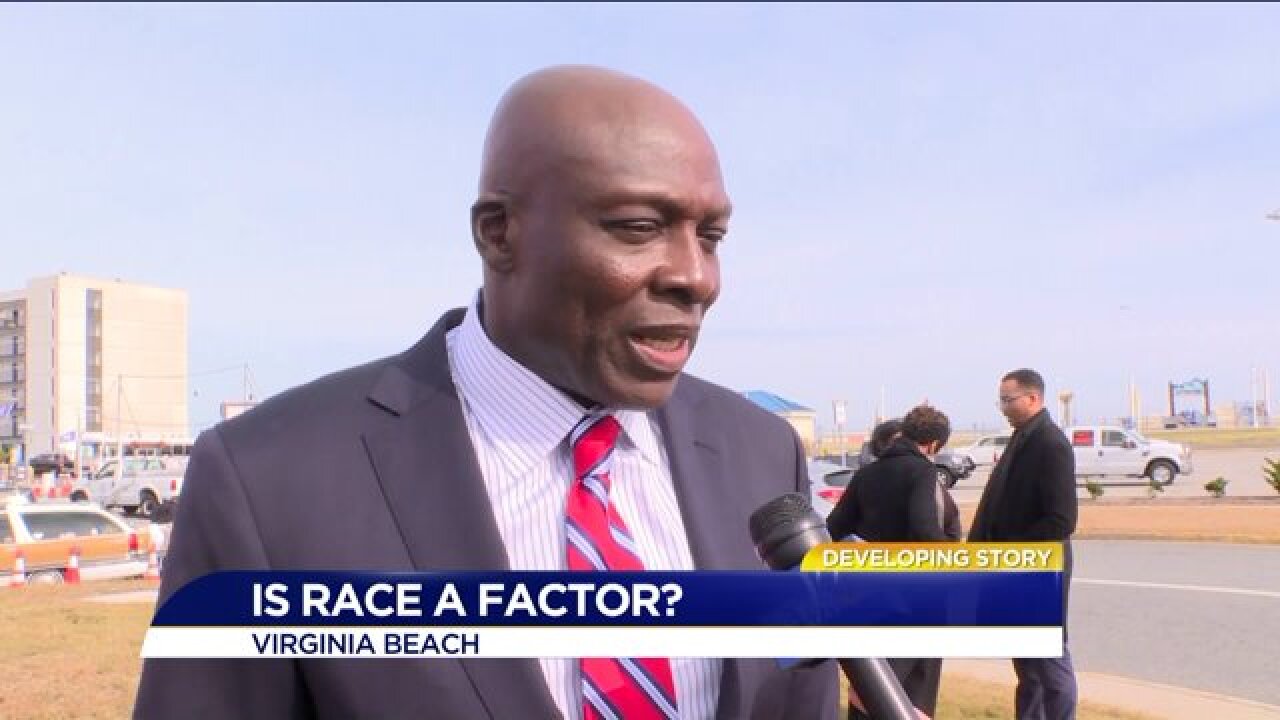 Smith held a news conference Monday to address his concerns.

"Enough is enough," Smith told a crowd gathered around the undeveloped Rudee Loop at the end of the Virginia Beach Oceanfront.  “It’s never easy to raise questions about race relationships…but it is long overdue.”

In his letter, Smith wrote he has been trying to open up an Oceanfront business for a decade. Smith told the crowd he has made several proposals to revitalize Rudee Loop and the Dome site, but all of his attempts have been refuted by the city.

Smith told the crowd he feels city officials are lacking in racial diversity when it comes to expanding Oceanfront businesses.

According to the Virginia Legislative Black Caucus, Virginia Beach has fallen below its own goal of awarding at least ten percent of contracts to minority-owned businesses.

In FY2016, Smith says only 6.5 percent of minority owned businesses were awarded goods and service contracts, 2.7 percent for construction and contracts, and less than one percent in architecture and engineering deals.

He says he has never been able to get a specific answer on why his ideas have been shut down, claiming he’s only received “evasive and nonsensical answers.”

In his letter to Mayor Sessoms, Smith asked for a disparity study. Smith told News 3 Sessoms refused to do the study even though Smith offered to pay for half of it.

In a statement to News 3, Sessoms gave the following comment:

“I have enormous respect for Bruce Smith and his many achievements. And I know we share a common goal: to make Virginia Beach the very best it can be. That means being inclusive and ensuring opportunity for all.  It also means seeking quality investments that bring jobs, boost our local economy, and add something unique to our community. I look forward to seeing proposals he might have for future projects. Virginia Beach is open for business.”

Sessoms did not go into detail about the proposed disparity project.

"You can put a welcome mat in front of your door, but they do not want [me] there," said Smith.

During the press conference, Smith called out Councilman John Uhrin for putting a stop to a Dome site proposal and Rudee Loop proposal.

Uhrin said he was shocked Smith even wrote the letter in the first place.

"I thought it was a little odd he said I was trying to block the project. I wasn't trying to block anything," said Urhin. "We were just trying to select the best of the seven [proposals] that we had to review."

According to Uhrin, there have only been four public proposals request for Oceanfront properties from the city in the last ten years. Uhrin said Smith submitted proposals for only two of the projects.

"He lost one, but won the other one," said Uhrin. The project Smith won however, a hotel project, never came to fruition.

Critics have accused Smith of hypocrisy, since the real estate developer is an investor in several Oceanfront properties.

"Being an investor is different than being a developer," Smith told the crowd during his press conference.