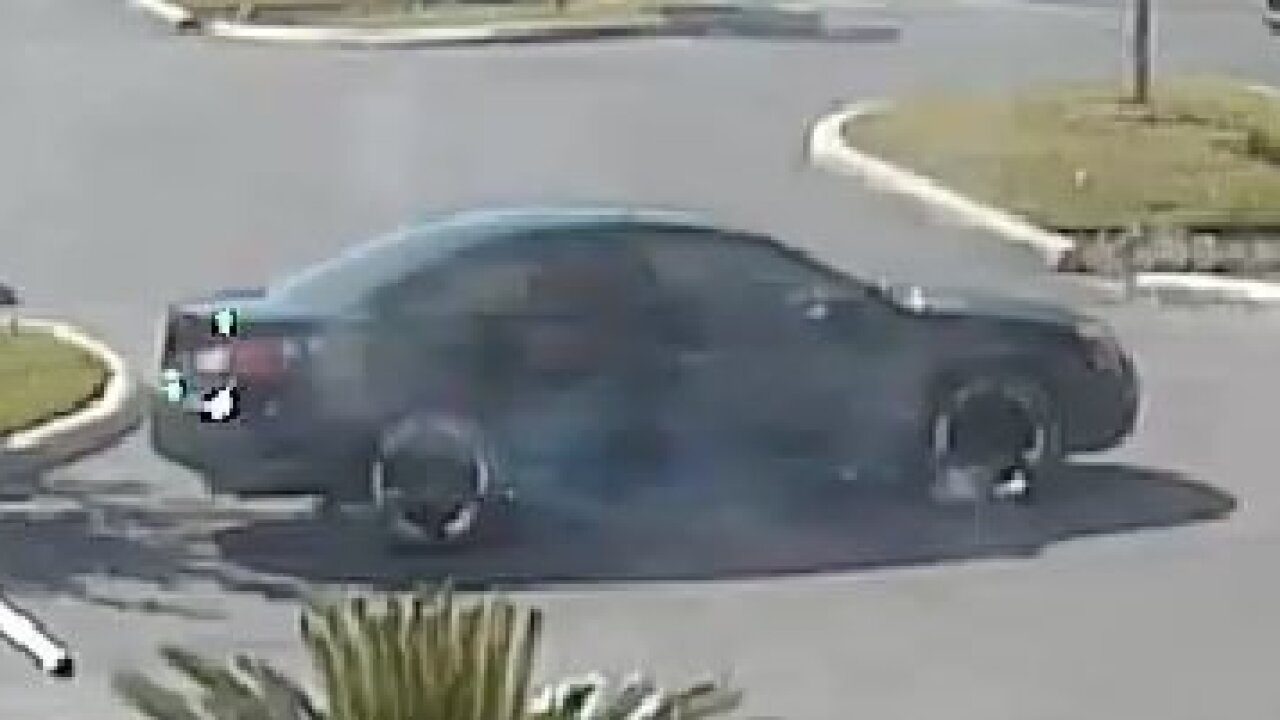 Investigators in San Antonio, Texas, are continuing their search for a gunman who they say killed officer detective Ben Marconi during a traffic stop on Sunday, November 20, 2016. This is a photo of suspect vehicle sought in connection to the shooting.

SAN ANTONIO, Texas – A man suspected of killing a San Antonio police detective has offered an apology to the dead officer’s family.

Otis Tyrone McKane, 31, was arrested Monday in the fatal shooting of Detective Benjamin Marconi. Police say Marconi was killed specifically because he was a law enforcement officer.

“I believe that the uniform was targeted,” Police Chief William McManus said at a Monday news conference.

Marconi, 50, was shot at close range Sunday as he wrote a traffic ticket outside of police headquarters. The shooting led to a massive manhunt as police released photos of the suspect, his car and asked the public for help.

McKane was arrested and taken into custody without incident. As he was escorted out of the police department, reporters asked him why he had been upset.

“Society not allowing me to see my son,” McKane replied. “I lashed out at somebody who didn’t deserve it.”

“I’ve been through several custody battles and I was upset at the situation I was in.”

When asked if he had anything to say to Marconi’s family, he replied: “I’m sorry,” as he was escorted away.

Search for the suspect

The shooting happened a few minutes before noon on Sunday. Marconi had pulled over a driver on the south side of the police station. He returned to his patrol car to write a ticket.

That’s when a man pulled up behind him.

The man walked up to the patrol car driver’s side window and shot the officer in the head, San Antonio Police Chief William McManus said. The man then reached through the open window and shot him a second time, he said.

After the shooting, the man returned to his vehicle and drove away.

Officers found McKane using videos and information turned up by the investigation, the chief said. They kept him under surveillance for several hours.

McKane was arrested by a SWAT team while riding with a woman and a 2-year-old child in a car on Interstate 10 Monday, McManus said. Texas Rangers, U.S. Marshal deputies and FBI agents assisted in the investigation, the chief said.

“Based on the actions of this individual prior to the shooting, we have a fairly good video documentation of what he was doing,” McManus said. “I am still convinced that he was targeting blue — targeting a San Antonio Police Department officer, no matter who it was. It was any officer he came across.”

The department released footage of a man seen inside police headquarters four hours before the shooting and video of a car leaving the scene, CNN-affiliate KPRC reported.

“This case, although we’ve made an arrest, is far from over,” McManus said.

“We continue to investigate and until we have every shred of evidence that we believe exists, we’ll then turn it over to the District Attorney for prosecution.”

McKane has a criminal history. In 2012 he pleaded no contest to an assault charge, according to a court database.

The police shooting in San Antonio was one of four incidents in which police officers were shot Sunday. Marconi was the only fatality that day, but his death marked the 58th fatal shooting of an officer this year.

Well-wishers formed a makeshift memorial with flowers, balloons and cards in honor of Marconi in front of San Antonio police headquarters.

His family released a statement thanking the community for their support and prayers.

“He was well-respected,” McManus said of the 20-year police veteran. “He was a great guy, a great investigator. He was just a solid guy and I can’t describe the loss to the police department and the community.”