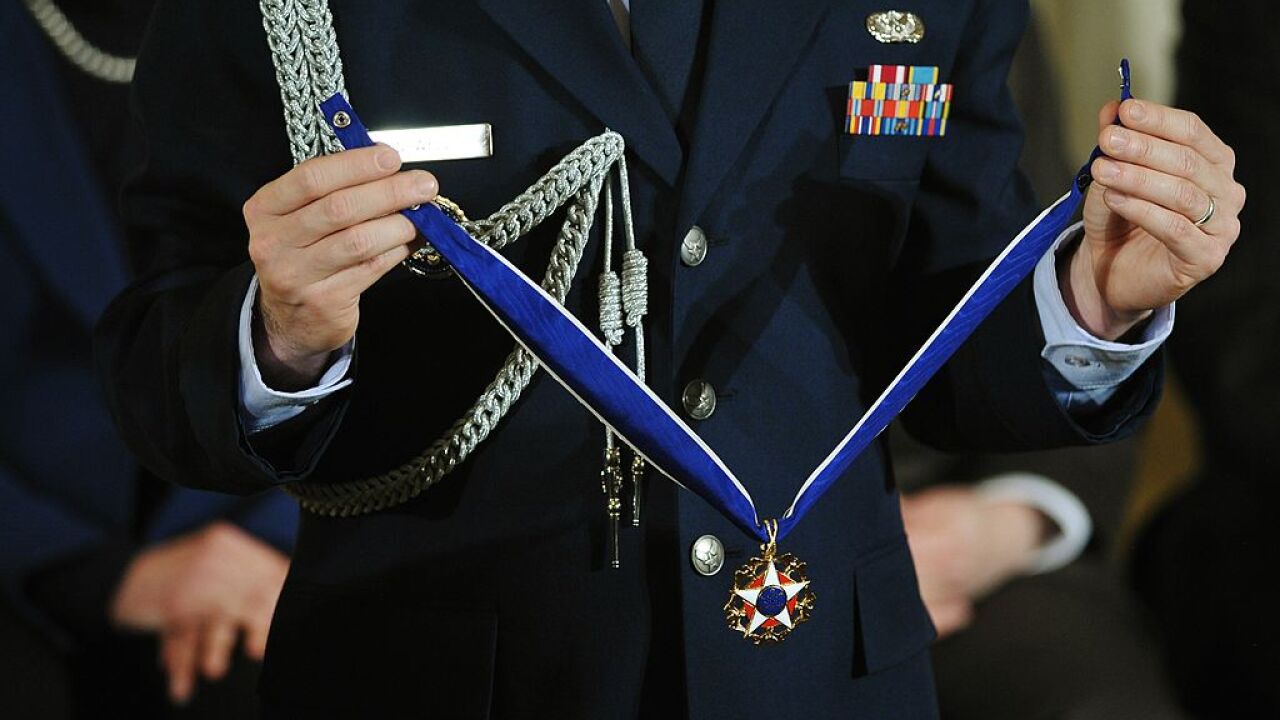 A military aide holds a medal during the Presidential Medal of Freedom ceremony at the White House on November 20, 2013 in Washington, DC. The Medal of Freedom is the country’s highest civilian honor. (Photo: MANDEL NGAN/AFP/Getty Images)

WASHINGTON – The Presidential Medal of Freedom will be awarded to 21 recipients Tuesday at the White House.

Famous names from Hollywood as well as architects, scientists, musicians and athletes, including Bruce Springsteen, Bill Gates, Tom Hanks and Michael Jordan will be honored.

Comedian and talk show host Ellen DeGeneres is also on the list. DeGeneres has been an outspoken supporter of President Barack Obama, including throwing a fundraiser for the President’s re-election in 2012.

The Medal of Freedom is the highest civilian honor and is presented to individuals who have made significant contributions to “security or national interests of the United States, to world peace, or to cultural or other significant public or private endeavors.”

“From scientists, philanthropists, and public servants to activists, athletes, and artists, these 21 individuals have helped push America forward, inspiring millions of people around the world along the way,” Obama said in a statement.

Springsteen was also a big supporter of Obama and Hillary Clinton. The night before the presidential election, Springsteen appeared at a rally alongside Obama and Clinton in Philadelphia.