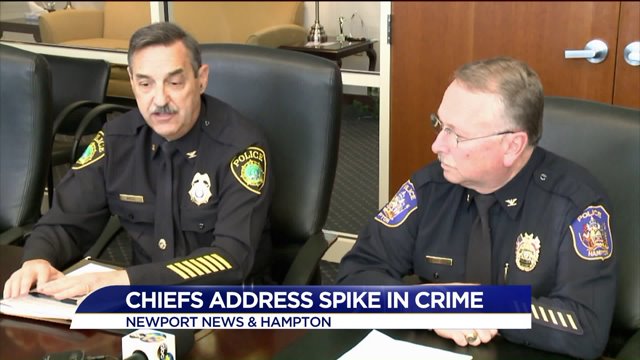 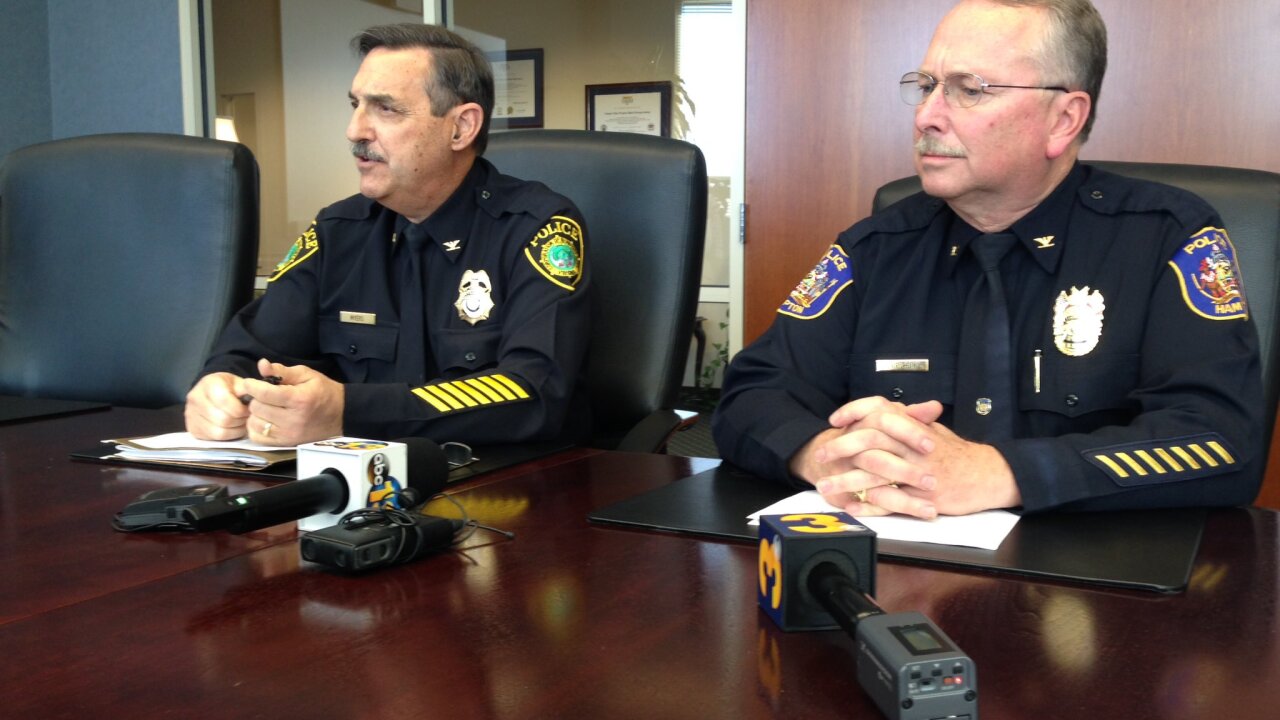 NEWPORT NEWS, Va. - Seven people are dead after a recent string of violent shootings across Newport News and Hampton.

Between Nov. 12 and 17 Newport News police responded to five different shootings where six people were shot. Five of the victims were killed in the shootings, one survived.

Between Nov. 17 and 18, Hampton Police responded to two shootings. In each shooting there were several victims, resulting in a total of five people shot and two killed.

Days after the most recent shooting, the Chief of Newport News Police and Hampton Police held a news conference to discuss the spike in shootings and what they are doing together and separately to prevent gun violence from continuing in their cities.

"I think the issue is that we have too much gun violence and people are resorting to guns to solve their conflicts quicker these days," explained Chief Richard Myer of Newport News Police.

"This is our community and the community needs to pull together to combat these issues and understand that this is not just a police problem," added Chief Terry Sult of Hampton Police.

In order to solve the problem, the Chiefs say they have worked to build relationships in their communities and have implemented numerous youth and crime prevention programs in each of their cities. Until the climate of gun violence changes in the communities, the chiefs both worry there will be more violence.

"If we don't stop this then we are going to see a whole generation of these many young men either in prison or in the ground and I don't think that's an acceptable outcome," said Chief Myer.

Arrests have been made in three of the seven shootings from last week. If you can help police find who is responsible for the other four shootings, take action and call the Crime Line at 1-888-LOCK-U-UP.