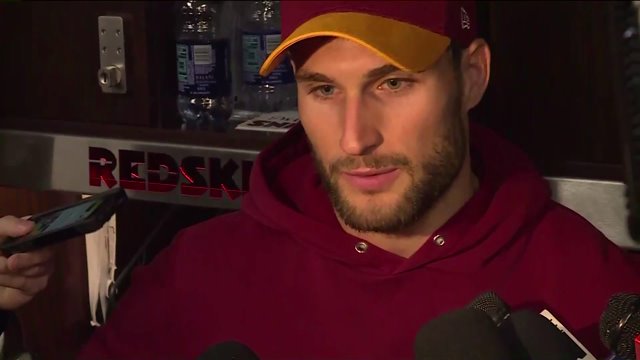 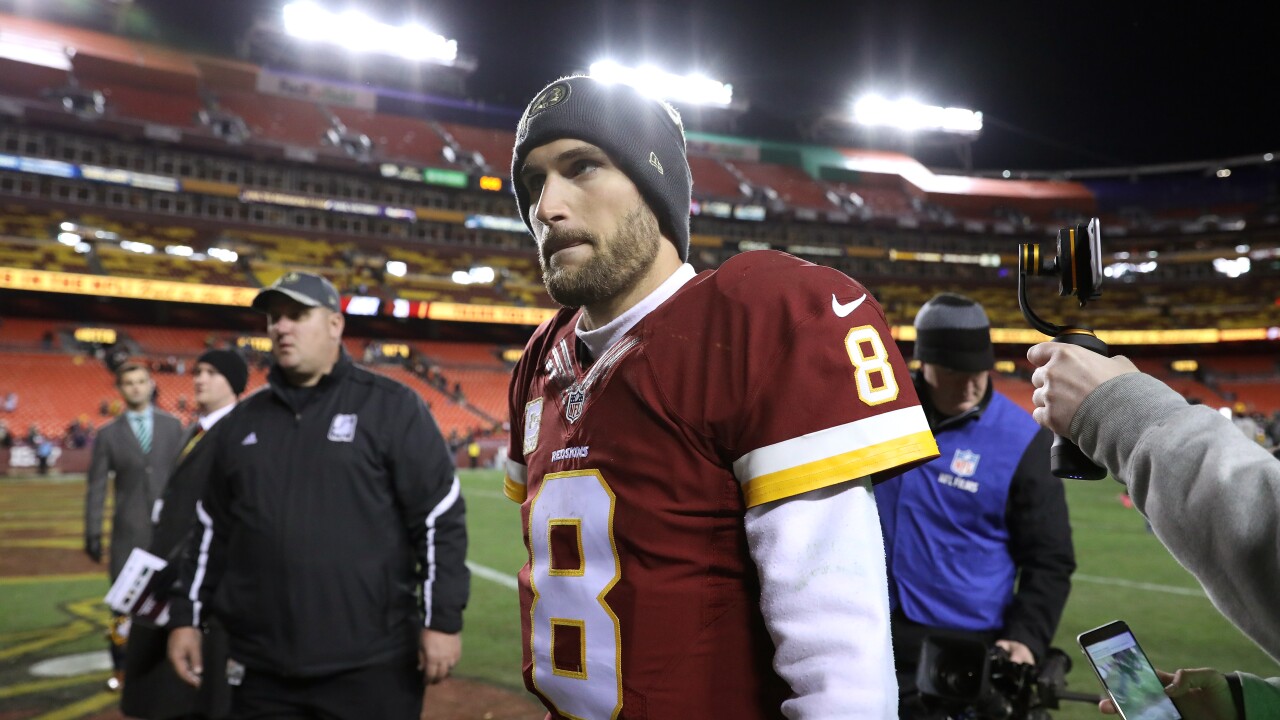 Following Sunday's 42-24 victory vs. the Packers, a game in which he passed for 375 yards and three touchdowns, Redskins quarterback Kirk Cousins had a spirited exchange with general manager Scot McCloughan. Here's the video, courtesy of CSN Mid-Atlantic.

The now-viral video led some to wonder if Cousins had a method to his message. Remember, last offseason, the Redskins front office declined to offer their QB a long-term, lucrative contract. Therefore, Cousins is playing this season under the one-year franchise tag. Tuesday, Kirk was asked about his exchange with McCloughan.

"No, there's nothing," Cousins said simply. "I was just excited coming off the field with emotion. I would prefer for that to happen without cameras or microphones, but I ran into him on the field where there were cameras and microphones. We're both competitors who want to win desperately and we're both feeling great in that moment. Scot has done a phenominal job with this team."

Last season, the Redskins lost the NFC Wild Card Playoff game, at home, to the Packers. That result likely wasn't lost on Cousins after Sunday's result - the 'Skins sixth win in their last eight games.

Washington plays at 9-and-1 Dallas, the team with the NFL's best record, Thursday.