Exclusive: Wesley Hadsell talks from prison after being sentenced to 20 years 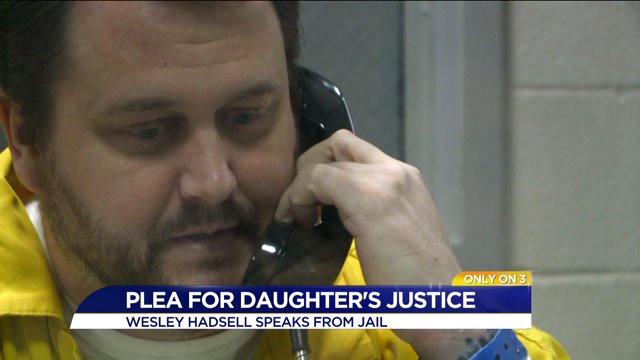 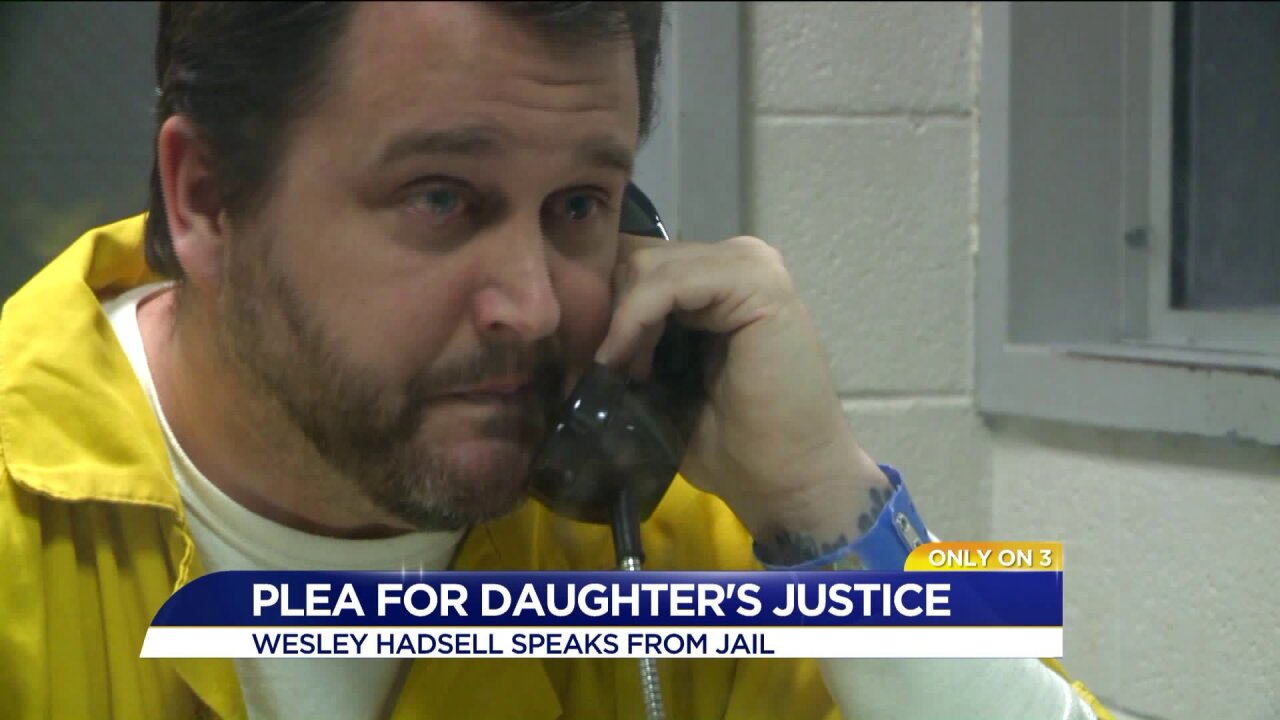 With tears falling from his eyes, Wesley Hadsell spoke to News 3 from the Western Tidewater Regional Jail.

A week ago, a judge sentenced him to 20 years in prison for federal ammunition charges after reviewing his lengthy criminal history.

That history includes a bank robbery, burglaries, and a recent indictment from Ohio, where he's accused of raping and abducting his ex-wife more than ten years ago.

"It's been emotional. It's more than expected. It seems unfair to be punished for everything you've done in your past, and repay for that past again," Hadsell said.

Hadsell says he's not thinking about his sentence, all he focuses on is what happened to AJ.

"What affects my day to day is not knowing about AJ, her final moments, how she got there," he said.

At one point, Hadsell was a person of interest in AJ's disappearance.

Police couldn't find her for weeks, until detectives discovered her body behind an abandoned home in Franklin.

She died from heroin poisoning, a drug that investigators say Hadsell was using around the time of her death.

Hadsell was never charged with anything in relation to AJ'S death.

"I want police to do their job and stop focusing on me with these charges to get me out of the way," he said.

During his sentencing hearing, the judge called him a vigilante for interfering with the investigation at one point.

"Label me what you want, but I will find justice for AJ at whatever cost," Hadsell said.

Police have still not figured out what exactly happened to AJ, and how her body ended up behind an abandoned home in Franklin.

As for Wesley, he filed an appeal against his sentence.