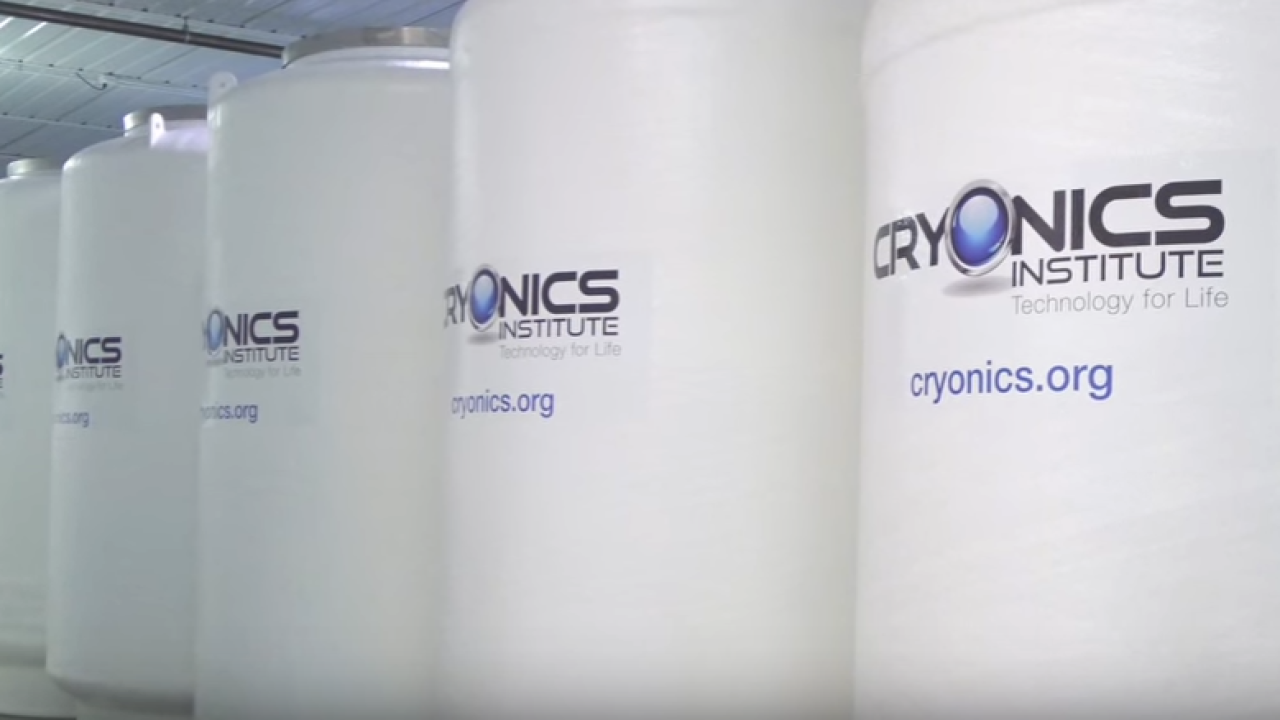 A British teenager who died of cancer has been cryogenically frozen in the United States after winning a court case before her death.

The girl — who can’t be identified and is referred to only as ‘JS’ — suffered from a rare form of cancer and expressed a hope to be brought back to life and cured in the future.

She died on October 17 but details of the case were not allowed to be made public until now.

In his judgment, obtained by CNN, Mr Justice Peter Jackson said the girl had expressed her desire to be cryogenically frozen.

She wrote: “I have been asked to explain why I want this unusual thing done. I’m only 14 years old and I don’t want to die, but I know I am going to. I think being cryo-preserved gives me a chance to be cured and woken up, even in hundreds of years’ time. I don’t want to be buried underground.

“I want to live and live longer and I think that in the future they might find a cure for my cancer and wake me up. I want to have this chance. This is my wish.”

According to the judgment, the girl’s parents are divorced and their relationship is “very bad.” Her mother was supportive of her wish, but her father — who had not seen his daughter face-to-face since 2008 — initially was not.

At the start of proceedings, the teenager’s father, who also has cancer, wrote: “Even if the treatment is successful and [JS] is brought back to life in let’s say 200 years, she may not find any relative and she might not remember things and she may be left in a desperate situation given that she is only 14 years old and will be in the United States of America.”

However, he subsequently changed his position, saying he “respected the decisions” his daughter was making.

The judge said this fluctuation in his views was understandable, adding, “No other parent has ever been put in his position.”

But he emphasized he was not ruling on the science of cryonics, but rather on the dispute between her parents over who was responsible for the arrangements after her death.

The judge also said there was no doubt the girl — described as “a bright, intelligent young person who is able to articulate strongly held views on her current situation” — had the capacity to bring the case to court.

“Over recent months, JS has used the internet to investigate cryonics: the freezing of a dead body in the hope that resuscitation and a cure may be possible in the distant future,” he said.

“The scientific theory underlying cryonics is speculative and controversial, and there is considerable debate about its ethical implications. On the other hand, cryopreservation, the preservation of cells and tissues by freezing, is now a well-known process in certain branches of medicine, for example the preservation of sperm and embryos as part of fertility treatment.

“Cryonics is cryopreservation taken to its extreme.”

The judge ruled in favor of her mother and said the girl had died peacefully, knowing her wishes had been met.

But he cautioned that hospital bosses had had “real misgivings” about the way the process was handled on the day she died.

The girl’s mother was said to have been preoccupied with the arrangements after her death than being fully available to her child, he said, and the voluntary organization which helped get her body ready for preservation was disorganized.

The case was said by the judge to be the only one of its kind to have come before the courts in England and Wales, and probably anywhere else.

The cost of the procedure in the United States — which the judge said was about £37,000 ($46,000) — is being met by her maternal grandparents, he said, although the family is not well off.

The Cryonics Institute, which is based in Michigan, said the body of a 14-year-old girl from London arrived at its facility, packed in dry ice, on October 25, about eight days after her death.

“The patient was then placed in the computer controlled cooling chamber to cool to liquid nitrogen temperature,” a statement posted on its website said.

“The human cooling program from dry ice was selected and the time needed to cool the patient to liquid nitrogen temperature was 24 hours. The patient was then placed in a cryostat for longterm cryonic storage.”

The Cryonics Institute said the girl was its 143rd patient.

Its website explains the process as “a technique intended to hopefully save lives and greatly extend lifespan. It involves cooling legally-dead people to liquid nitrogen temperature where physical decay essentially stops, in the hope that future scientific procedures will someday revive them and restore them to youth and good health.

“A person held in such a state is said to be a ‘cryopreserved patient’, because we do not regard the cryopreserved person as being inevitably ‘dead’.”

However, some skepticism remains about the science of cryogenics.

Professor Barry Fuller, Professor in Surgical Science and Low Temperature Medicine at University College London, said that cryopreservation “has many useful applications in day to day medicine, such as cryopreserving blood cells, sperm and embryos.”

But, he said, “cryopreservation has not yet been successfully applied to large structures, such as human kidneys for transplantation, because we have not yet adequately been able to produce suitable equipment to optimise all the steps.

“This is why we have to say that at the moment we have no objective evidence that a whole human body can survive cryopreservation with cells which will function after rearming.”