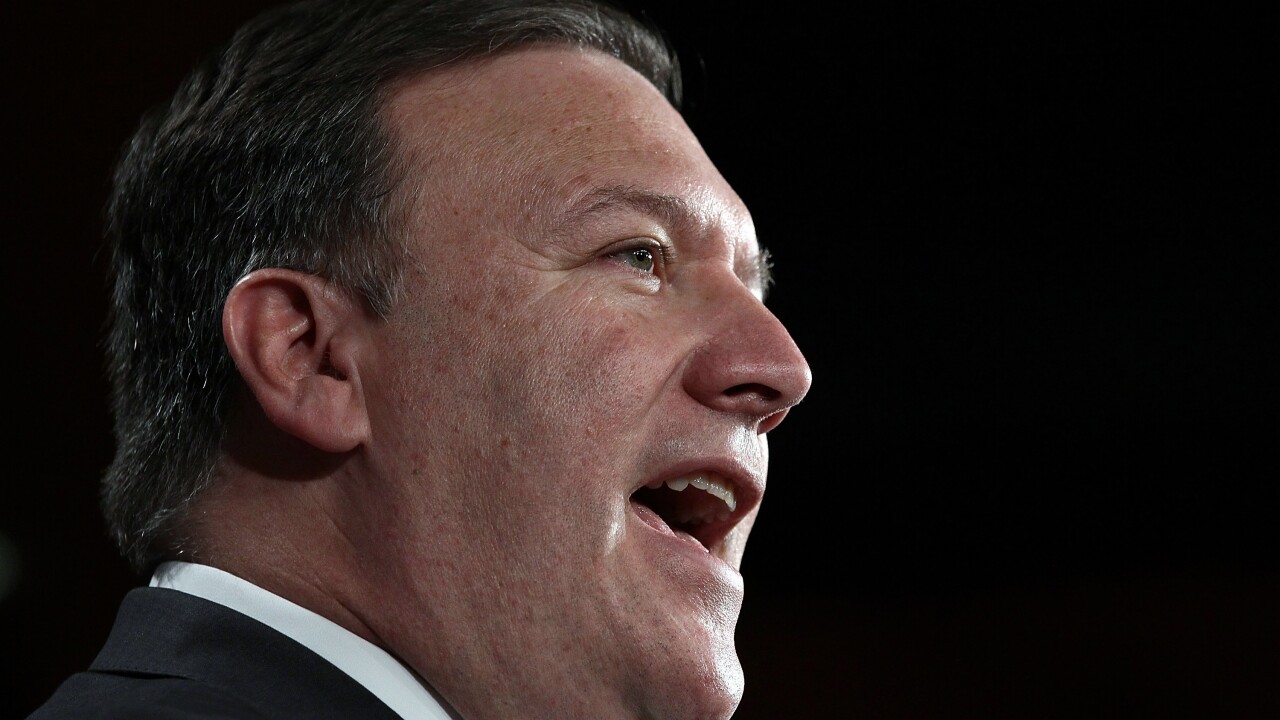 Pompeo was an early supporter of Trump in the House and also staked a tougher line on Democratic presidential nominee Hillary Clinton than some other Republicans. Pompeo was one of a handful of conservatives who argued House Benghazi committee chairman Trey Gowdy did not go far enough in his report on Clinton earlier this year.

Pompeo met with House Speaker Paul Ryan and Vice President-elect Mike Pence, the leader of Trump’s transition, at the Capitol Thursday. He declined to comment on their meeting as he left.

The selection of Pompeo rounds out a trio of national security picks Trump has made — including Sen. Jeff Sessions for attorney general and retired Lt. Gen. Michael Flynn for national security advisor. A formal announcement from the incoming administration is expected later Friday morning, sources said.