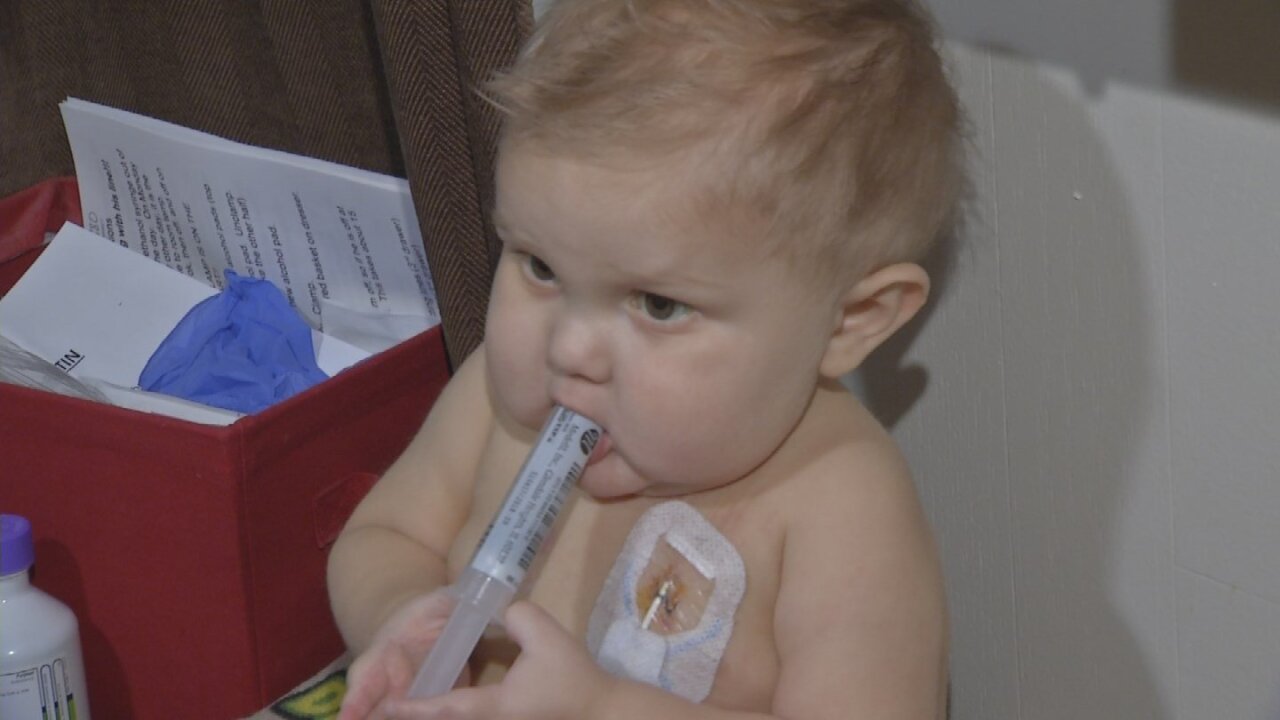 He’s only 2-years-old, but he’s in the middle of a tough fight.

A rare disease has put him on a transplant list waiting for not one or two, but five separate organs.

Jakob Perez is a pro at helping his mom hook him up to an IV. That’s because he is attached to the machine for 18 hours every day. It’s his main source of nutrients. At almost 3-years-old, Jakob has never eaten solid food.

“It goes straight into his chest as an IV that goes into his heart,” said Mickaela Perez, Jakob’s mom.

Jakob has a rare disease called microvillus inclusion. It prevents Jakob’s body from absorbing nutrients. His mom said less than 100 people in the world are affected by it.

“No water. No food. He can’t absorb is, it goes right through him,” Mickaela Perez said.

That means living life like other children his age is out of the question.

To do that Jakob needs a five organ transplant including a new stomach, large intestine, small intestine, liver and pancreas. They all have to come from the same person who is a child around his same size.

“Parents and guardians, when their baby passes organ donation is not their first thought. You’re in such grief, but it could save his life and so many others,” Mickaela Perez said.

For the Perez family, every day is a waiting game.

“You don’t think about it until night usually. Like I hope tonight’s the night or today’s the day. But if you think about it too much, it’ll eat away at you,” Joshua Perez said.