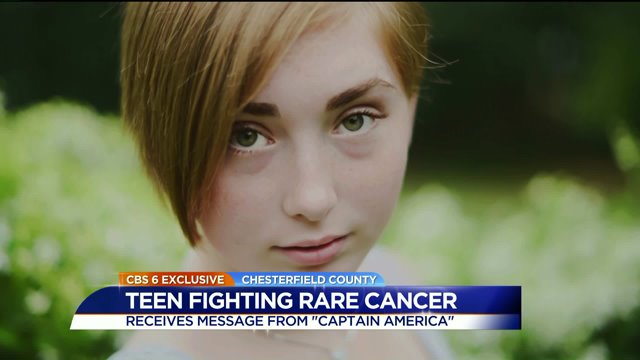 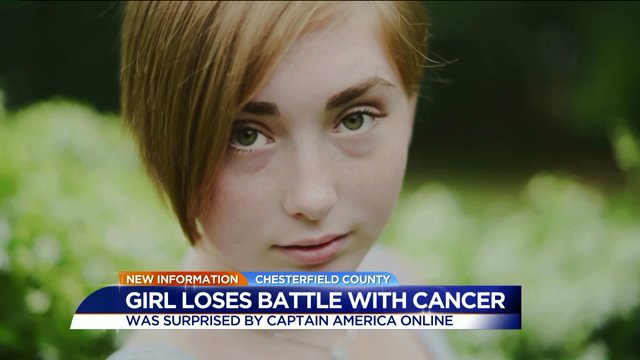 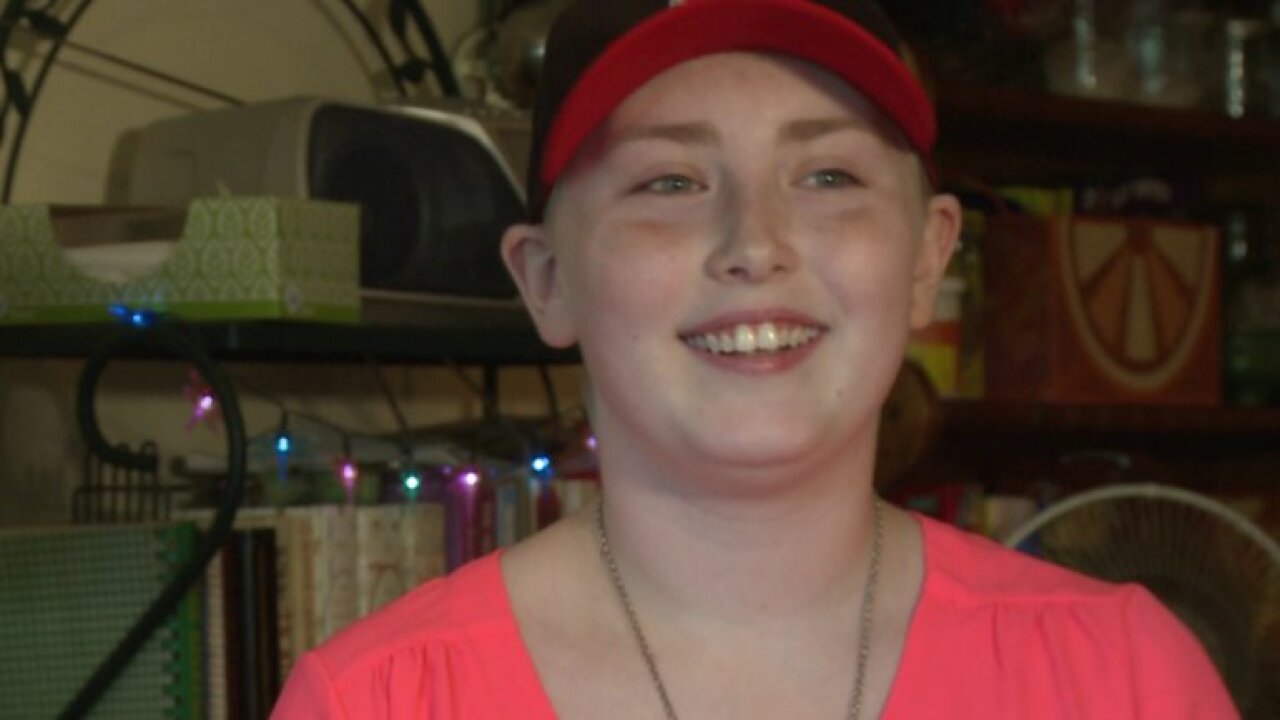 CHESTERFIELD Co., Va. – A Chesterfield teen recently featured on our sister station WTVR has died after a battle with a rare form of cancer.

We first told you about Lilley in August when “Captain America” actor, Chris Evans, surprised her with a special video.

Lilley had soft tissue sarcoma. The cancer is so rare, her diagnosis was one of only the 41st documented cases in the world.

The 16-year-old who courageously fought the disease with a superhero spirit had numerous surgeries and chemo sessions only to be told the cancer is back.

As Lilley continued her fight this past summer, she wished for an extra bit of motivation from her favorite Marvel superhero, Captain America.

Hundreds across the country heard about Lilley’s special wish and rallied around the teen with the hashtag #Lilly'sWish to make it happen.

After reading Lilley's story, Chris Evans said he was thankful that the Chesterfield teen was inspired by him.

"Hi Lilley. How ya doin’?" said Evans, in a video sent to Lilley’s Twitter account. "They told me you were a fan of mine, which tells me you are a wildly intelligent human being with impeccable taste,” Evans said with a laugh. "You may not want compliments for something you didn't choose, but I'll say it anyway: I'm grateful to know you."

Lilley said the video from her superhero made her believe miracles can actually happen.

"I watch it over and over,” she said. "It gives me hope that… if he can take time out of his day and do that, anything can happen. He was saying my name. It was amazing."

She said it meant everything to her to know Chris Evans was supporting her and her fight.

After receiving her wish, Lilley said she had one more request.

She asked the community to donate to local cancer charities to help children like her.

proof that chris evans is possibly the kindest, most caring person alive. pic.twitter.com/JN0dAfXaXg