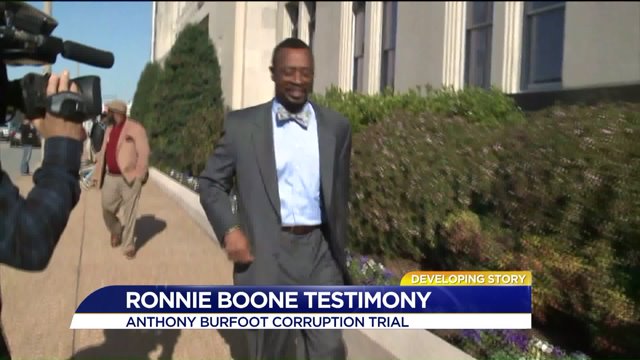 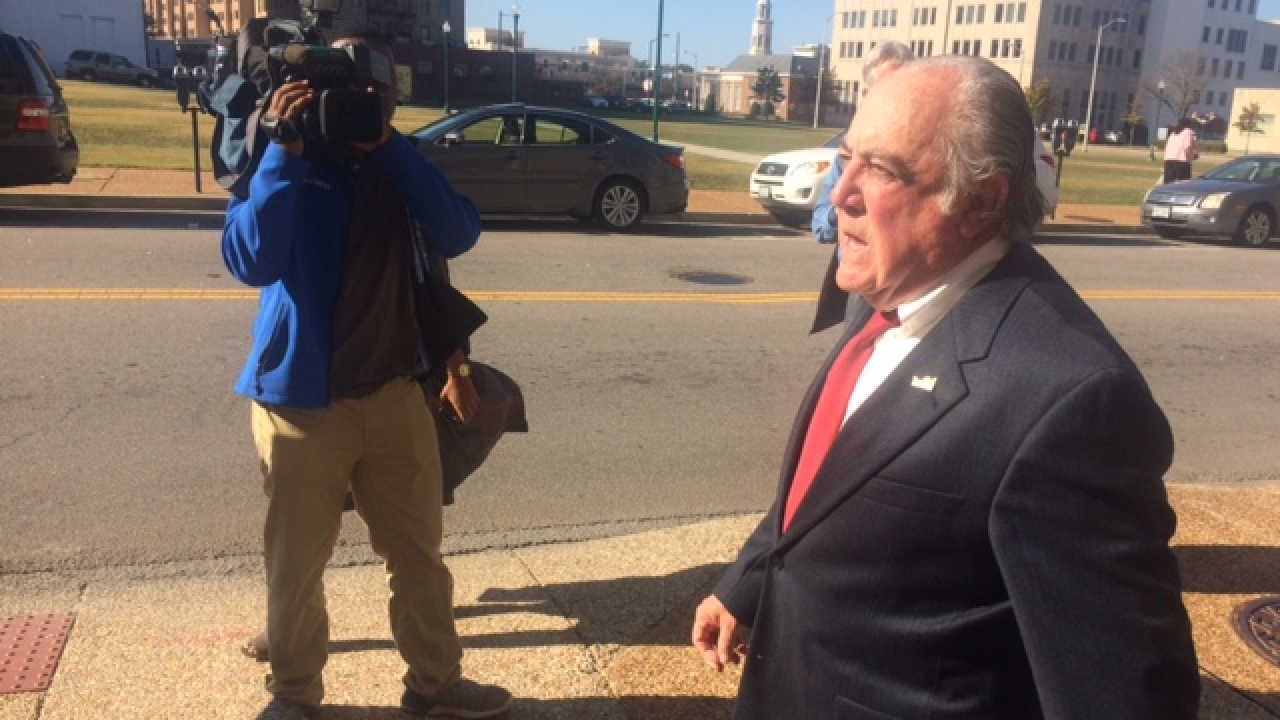 Boone testified that he gave Burfoot cash for years, paid for dinners and gave him access to his beach house in exchange for support with city council matters that impacted his business.

Boone told the jury he was disappointed when Burfoot took the treasurers position, giving up his seat on city council but he claimed Burfoot reassured him he would still be able to do him favors. Two months ago, Boone plead guilty to political corruption and bank fraud.

Defense attorney Andrew Sacks cross examined Boone, stating that Boone mentioned Burfoot to the FBI in an effort to try and divert attention away from his bank fraud activity. Sacks said the accusations against Burfoot are false.

“He's flabbergasted as he has been from the beginning. It’s been surreal but he understands that unfortunately when people are in trouble themselves or perceive that they could be in trouble they will say they will do and say anything and times to get themselves out of it,” said Sacks.

Boone is one of three main witnesses for the prosecution, which also includes Businessman Tommy Arney and Developer Dwight Etheridge. All three men are convicted felons.

Etheridge is currently serving time for bank fraud, which is not related to this case. Federal prosecutors allege in completely separate cases, Burfoot took cash and other benefits in exchange for providing them with support and votes when it came to city council matters that affected their separate business plans.

On Wednesday, two analysts with the FBI told the jury how they analyzed alleged phones made by Anthony Burfoot to Etheridge.

Janelle Morris, a former employee of the Norfolk Redevelopment and Housing Attorney and a current employee from the Norfolk City Treasurer’s Office, was cross examined Thursday morning in court.

She told the jury she lied to the FBI and a grand jury about her dealings with Anthony Burfoot, who is her current boss. She testified she didn’t want her intimate relationship to go public.

She said she signed an immunity agreement with the government Wednesday that would prevent her from getting into trouble for the alleged lies. She along with another woman, Attorney Antoinette Bacon, took the stand and said Burfoot took them to a beach house in the Outer Banks, which federal prosecutors say belongs to Boone.

Sacks told News 3 there have been many inconsistencies with the testimony from several witnesses. On Tuesday, he said he was very pleased with how the trial has been going so far.

Last January, Burfoot was charged with political corruption and perjury.