Thanksgiving is Cracker Barrel’s busiest day of the year 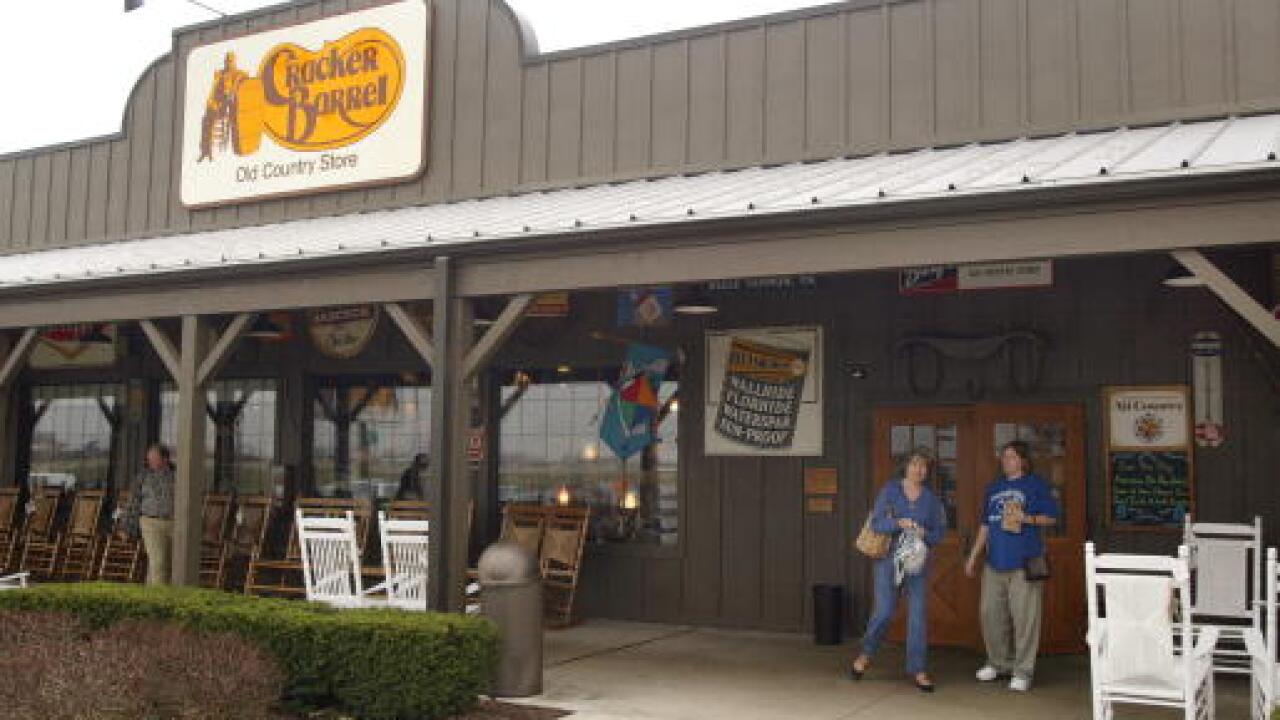 People depart a Cracker Barrel Old Country Store restaurant April 12, 2002 in Naperville, IL. The NAACP has joined the racial discrimination lawsuit against Tennessee-based Cracker Barrel restaurants. David Sanford, a lawyer representing other plaintiffs in the case, said the lawsuit was being amended to name the National Association for the Advancement of Colored People as a plaintiff and co-counsel. The class-action lawsuit accuses the Cracker Barrel Old Country Store Inc., headquartered in Lebanon, Tenn., of segregating black customers in the smoking section and denying them service. (Photo by Tim Boyle/Getty Images)

NORFOLK, Va. – Cracker Barrel restaurants around the nation are busy preparing for their busiest day of the year, and that day is Thanksgiving.

According to a press release from a Cracker Barrel Executive, the restaurant is expecting to serve about 1.5 million guests on Thanksgiving.

People choose to eat out for many reasons, maybe they burned their turkey or didn’t have the time to cook for family and friends.

Startups offer Thanksgiving in a box

How much does the Macy’s Thanksgiving Day Parade actually cost?