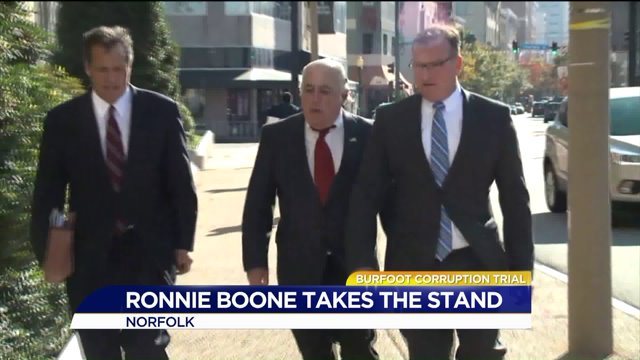 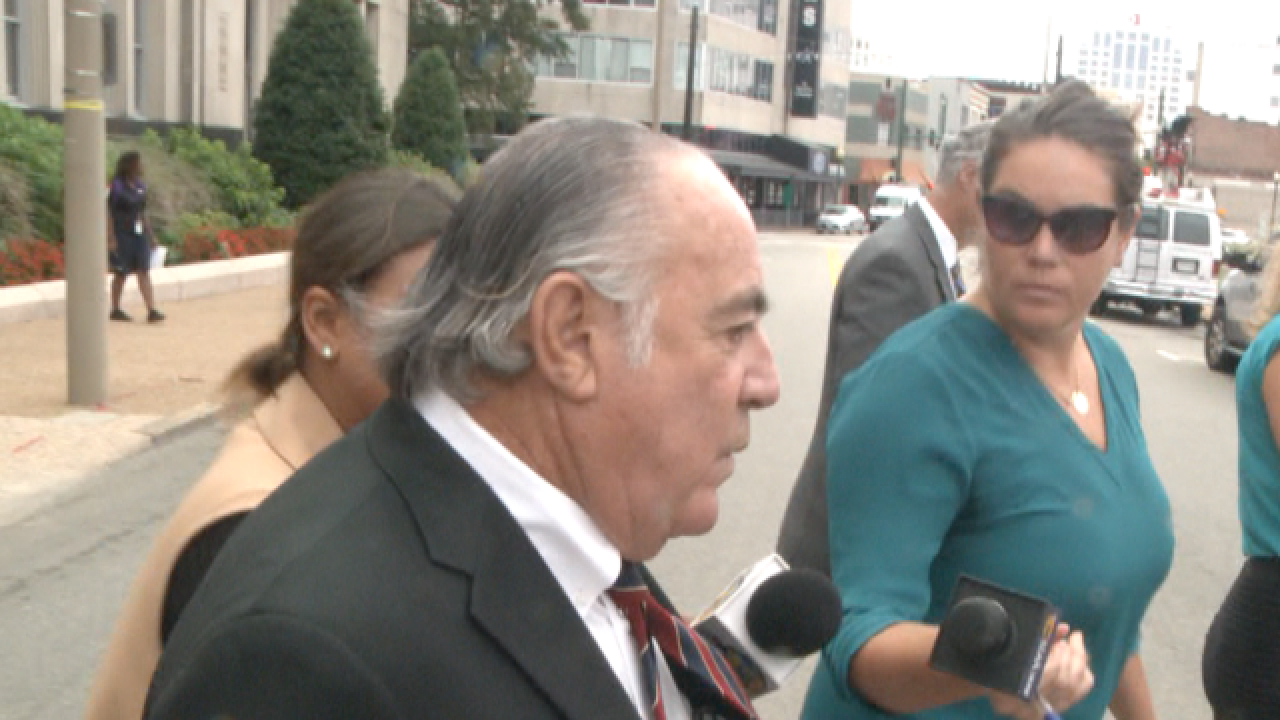 Wednesday, a city employee told a jury she lied about her dealings with Burfoot in an effort to protect him and herself.

Businessman Ronald Boone is also back at the courthouse to testify in the case.

Burfoot's personal life was exposed in court Wednesday as his political corruption trial.

Two analysts with the FBI told the jury how they analyzed alleged phones made by Anthony Burfoot to Dwight Etheridge, the star witness who testified that he engaged in corruption with Burfoot at the expense of tax payers.

Morris, a former employee of the Norfolk Redevelopment and Housing Attorney and a current employee from the Norfolk City Treasurer’s office left court after taking the stand Wednesday afternoon.

She told the jury she lied to the FBI and a grand jury about her dealings with Anthony Burfoot who is her current boss.

She said she signed an immunity agreement with the government Wednesday that would prevent her from getting into trouble for those allege lies.
She along with another woman, Attorney Antoinette Bacon took the stand and said Burfoot took them to a beach house in the Outter Banks beach which federal prosecutors have said is Boone's.

The local businessman was seen in the courthouse Wednesday but he didn't testify and left around 5 o'clock in the evening surrounded by his lawyers.

Boone is a key witness for the prosecution. Two months ago he pled guilty to bank fraud and political corruption pointing the finger at Burfoot.

Andrews Sacks, Burfoot Attorney has said that the accusations against his client are complete lies and that criminals are using Burfoot as a scapegoat to prevent being prosecuted by the federal government.

Sacks told News 3 there has many inconsistencies with witness testimony. Tuesday he said he is very pleased with how the trial has been going so far.

Burfoot has been charged with perjury and political corruption, facing a total of 8 charges.

More coverage of the trial: