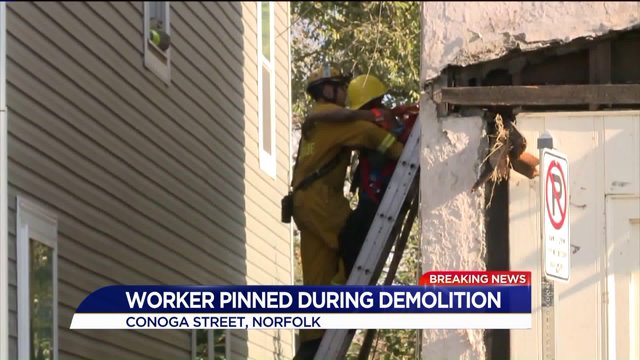 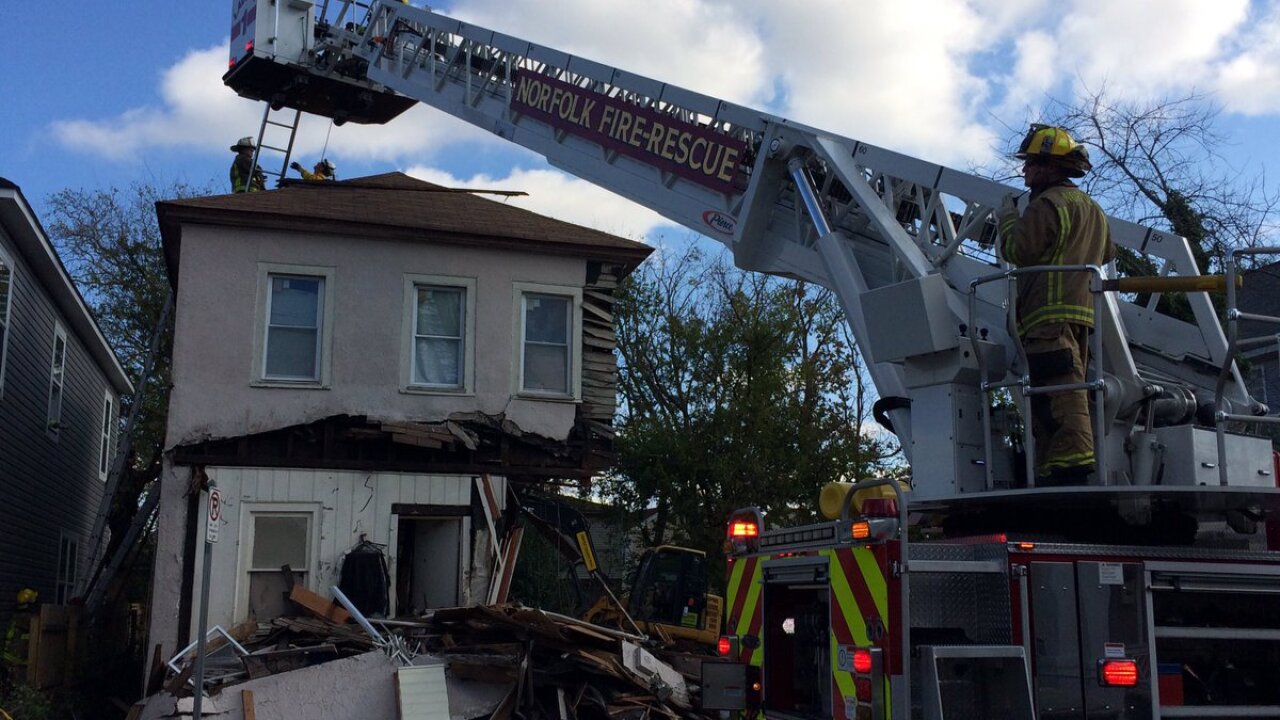 NORFOLK, Va. - Crews have rescued a worker from a home that was being demolished Tuesday afternoon.

A home was being demolished when the chimney shifted, pinning the left arm of a worker on the second floor.

Firefighters called a technical rescue as a precaution and brought in a crane to remove the chimney.

"They knew they needed to shore up or stabilize the home the best they could before they removed the victim," Battalion Chief Julian Williamson told News 3's Todd Corillo on scene.

It took about 95 minutes for the man to be extricated from the home. Once he was out, neighbors who had watched the entire ordeal cheered and clapped.

"I was glad they got him out and I'm glad for him. Praise the lord I'm glad he's out of there," neighbor Robert Rivers exclaimed.

According to Norfolk Fire-Rescue, the worker was taken to a local hospital and was conscious and alert during the entire rescue. 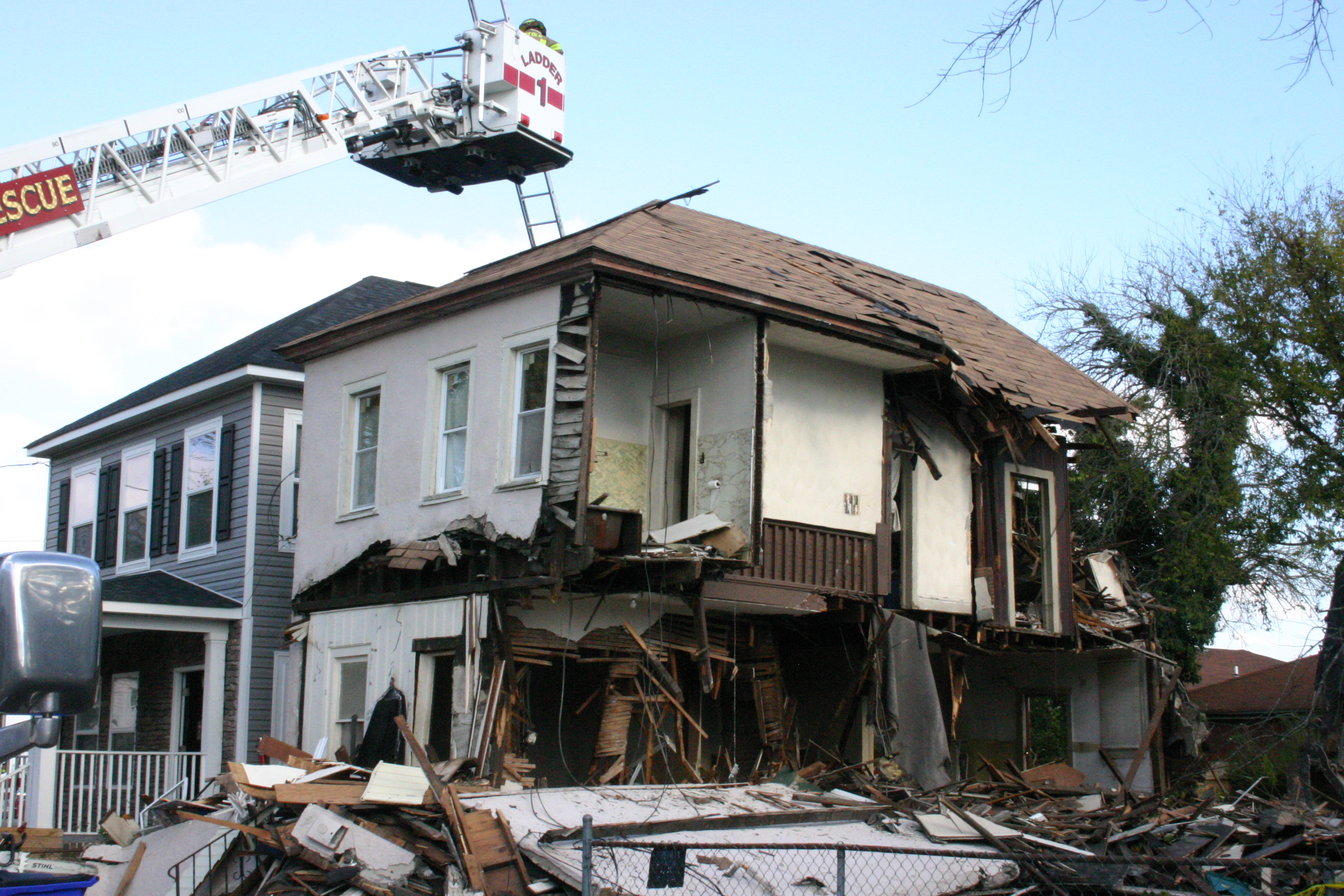