Life behind bars in the Virginia Beach jail 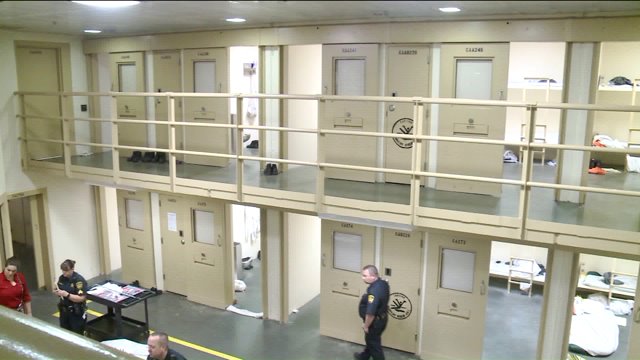 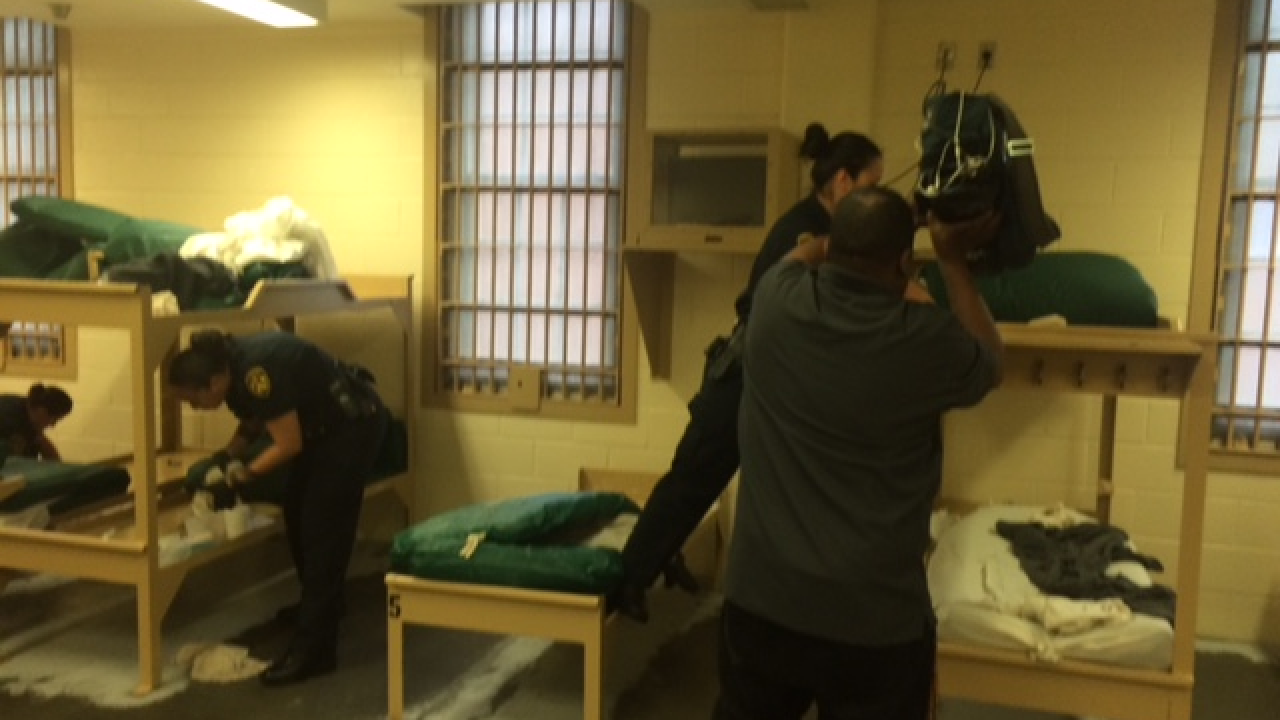 VIRGINIA BEACH, Va. - You pay for it and you might know someone who has been inside.

Jail can be a scary place and News 3 went deep into what is going on behind bars inside the Virginia Beach jail.

There are about 1,300 inmates. 52 are accused or convicted of murder and roughly a third are labeled as mentally ill.

News 3 got exclusive access to a surprise raid done at the jail.

On a Saturday morning, 200 guards surprised inmates with a search. This type of raid only happens a few times a year.

Jail officials were looking for contraband including drugs, weapons and anything else the inmates are not supposed to have in their cells.

Guards went down hallways, cell by cell, searching each room.

Rocky Holcomb, Capt. Criminal Intelligence Unit at the Virginia Beach Sheriff Office said, “Anything they can wrap their mind around to making into a weapon to hurt somebody or to gain favor in the correctional facility they do that.”

During this raid, deputies cited 13 inmates for minor violations like having excess trash, linens, and even hoarding chocolate from the kitchen.

This time they said they did not find any serious criminal violations like weapons, drugs, tattoo kits or cell phones - all things that have turned up in the past.

“It's scary as hell for the people to be in there. They don't know if they're going to get stabbed or shanked or something like that. This is a safe jail but you are not going to be able to experience that because we are going to protect you,” said Sheriff Stolle.

News 3 wanted to see what jail was like and Sheriff Stolle allowed us to stay overnight.

“We've had some reporters spend the night here before but nobody's ever wanted to spend the night,” Stolle said, “We have never done this before and you put so much pressure on us we agreed to do it. We have nothing to hide here. This is the public's Virginia Beach jail.”

The experience was definitely a watered down version of what jail is really like. News 3 was not allowed to be mixed in with the general population. We arrived just before 3 p.m. and left about 12 hours later.

“It’s not a very nice place. It's not where you want to spend the night if you had your choice,” Sheriff Stolle said.

Inmates are given the basic necessities like a towel, soap and toilet paper.

Dinner consisted of potatoes, some type of meat, flavored water and beans.

The very small cell had a toilet and a bed.

The jail also provided our reporter with three magazines and two books, as a courtesy.

Two women in the cells next door shared their experiences of going to jail. Both women were in trouble for drug violations. We couldn’t see the women, but we could speak to them from behind bars.

One woman said she hadn’t seen grass in a year and couldn’t wait to get out.

Both praised the drug recovery system the jail.

“We realize the only chance that some of these inmates might get is us,” said Stolle.

The hours passed slowly and there was no way of telling time except by asking the guards.

In isolation you could hear jingling of the keys and the loud doors opening and shutting.

It was an awful experience but it gave a glimmer of insight into what it’s like behind bars.