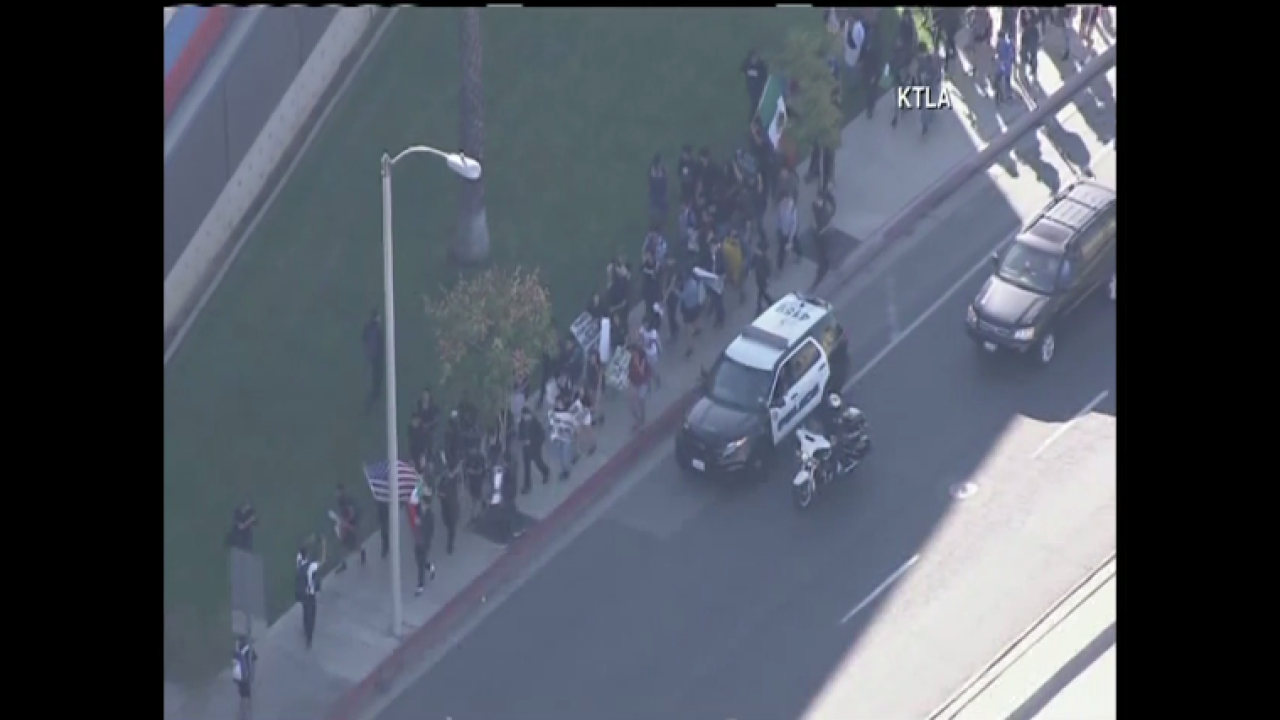 Students in Los Angeles planned to leave classes and “conduct an unauthorized walk-out” Monday to protest Donald Trump’s win in the recent presidential election, according to KTLA.

In an advisory issued Sunday, the Los Angeles Police Department encouraged parents to tell their children to demonstrate in a “lawful, safe and peaceful manner.”

“It is very difficult to ensure the safety of children when they leave the safe confines of their school campuses,” the LAPD statement read.

Students who do not abide by the law while protesting could face any number of charges, including: obstruction of movement of vehicles and people; refusal to obey lawful order; refusal to disperse after an unlawful assembly declared; and vandalism, according to LAPD.

The walkout is the latest in a string of nationwide protests against Trump’s election as president.

Students at Montgomery Blair High School in Silver Spring, Md. staged a protest Monday morning and walked out of class and into the streets around 10:30 a.m.