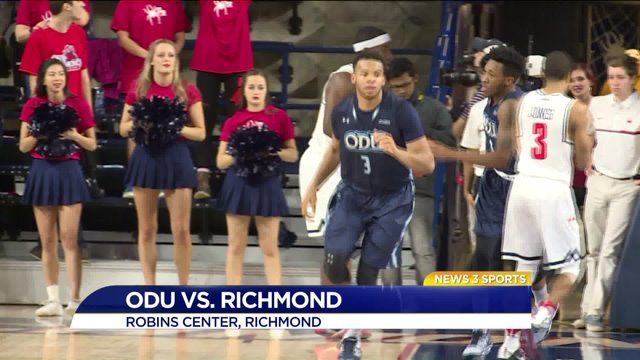 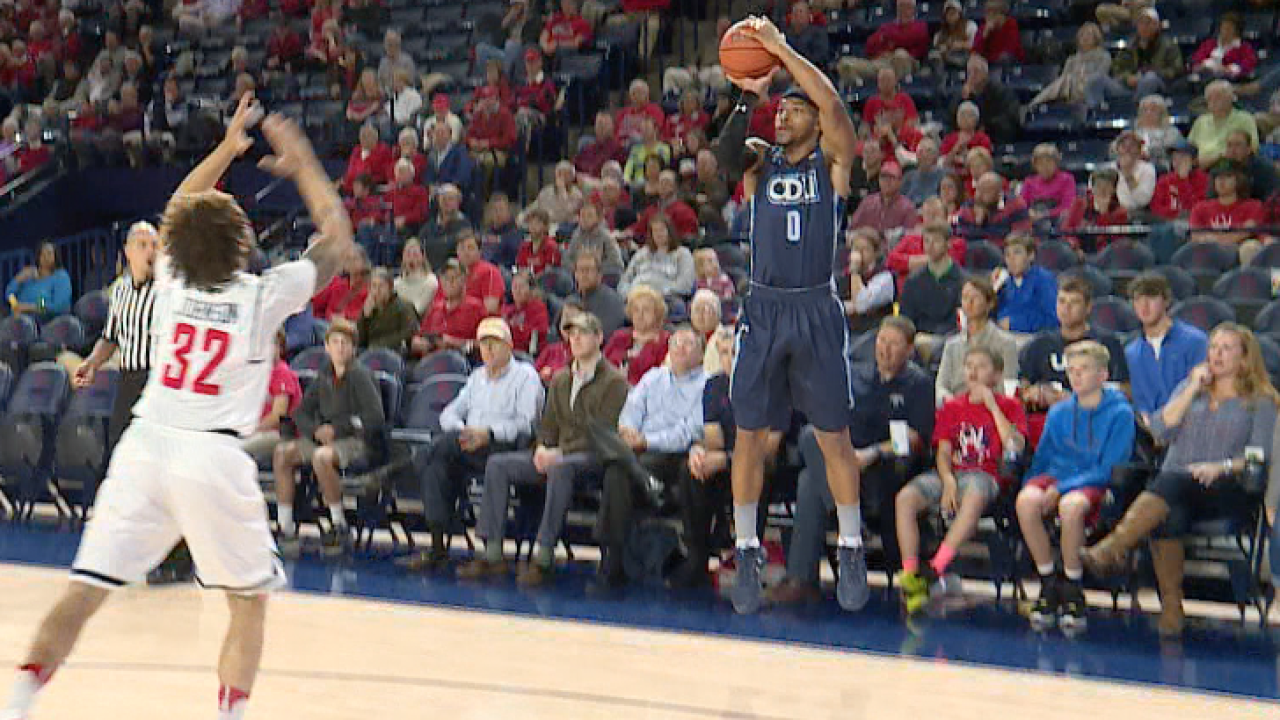 RICHMOND, Va. – The Old Dominion men’s basketball team (2-0) took down Richmond (1-1) at the Robins Center for the first time since Jan. 4, 1997, snapping a 10-game losing streak in the arena after defeating the Spiders 64-61 on Monday night. Ahmad Caver led three ODU players in double-figures with 13 points (4-6 FG and 2-4 3PT) to compliment seven rebounds and a team-high five assists.

Old Dominion started the contest on a 16-0 a run and held the Spiders scoreless for the opening seven minutes and 25 seconds. Richmond claimed its first lead of the contest at the 12:25 mark of the second half. A B.J. Stith dunk gave ODU a 60-59 advantage with 3:49 to play. With 45 seconds remaining and ODU leading 62-61, Denzell Taylor forced a Richmond turnover, which led to Brandan Stith hitting 1-2 from the free-throw line to take a 63-61 lead.

The Monarchs defense again would get a stop, before the Spiders fouled Zoran Talley, who connected on 1-2 from the charity stripe to give Old Dominion a 64-61 advantage with four seconds left. Richmond’s ShawnDre Jones’ last second three-point attempt was off, as ODU held onto a 64-61 victory on Monday night in Richmond, in the 57th all-time meeting between the two programs.

Richmond closed the first half on a 9-0 run over a 3:18 span, as the Monarchs would claim a 31-27 lead at the half. Seven Monarchs scored in the opening half, led by B.J. Stith’s eight. Old Dominion’s bench outscored the Richmond’s, 17-2, in a first half that the Spiders never led.

Old Dominion will be back in action for the prestigious Battle 4 Atlantis in Paradise Island, Bahamas. The Monarchs will take on No. 12 Louisville on Wednesday, Nov. 23 at 9:30 p.m. EST on AXS TV. ODU will also play on Thursday, Nov. 24, as well as Friday, Nov. 25 against opponents TBD.