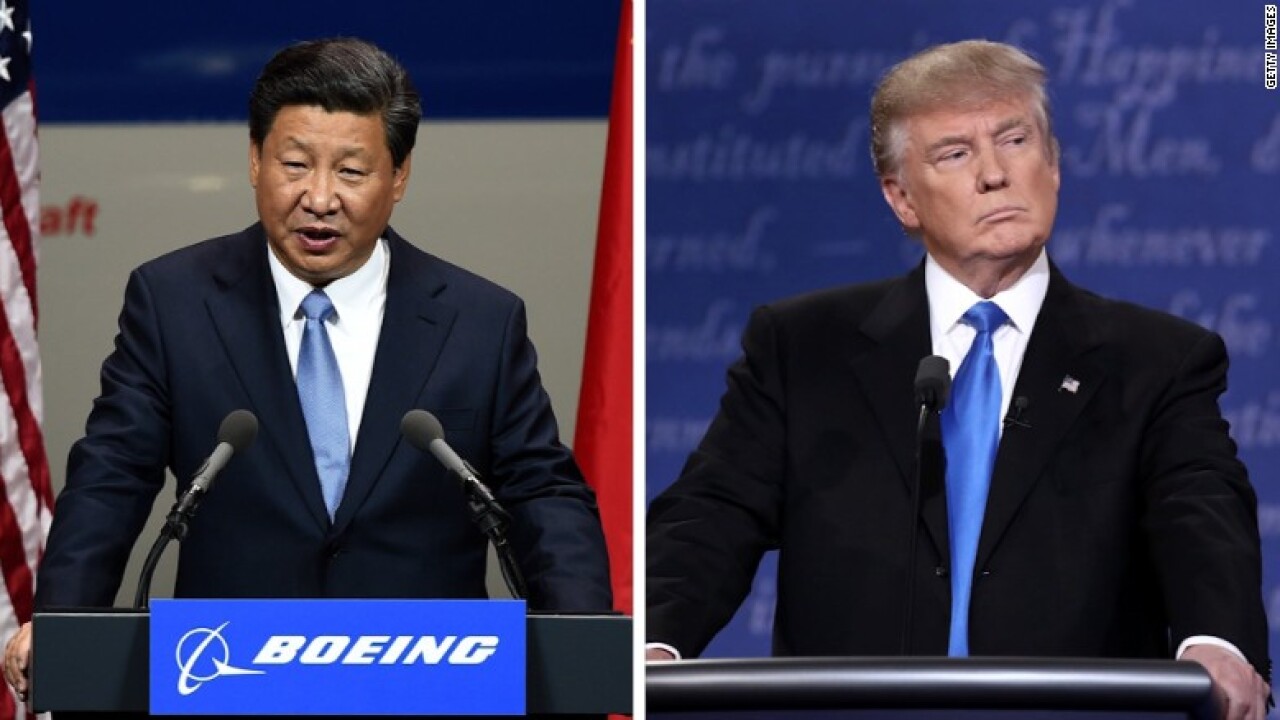 China’s leader has spoken to US President-elect Donald Trump to congratulate him on his stunning election victory.

President Xi Jinping and Trump spoke on the phone Sunday night, and “established a clear sense of mutual respect for one another,” according to a short statement from Trump’s transition team.

“President-elect Trump stated that he believes the two leaders will have one of the strongest relationships for both countries moving forward,” it added.

Chinese state media confirmed the call took place, and said that since the establishment of diplomatic relations between the two powers almost four decades ago, “bilateral relations have been developing continuously, bringing tangible benefits to peoples of both countries and promoting peace, stability and prosperity on the regional and world level.”

According to state media, Xi also stressed the importance of cooperation in “lots of things,” while Trump reportedly said that he was on “the same side” as Xi in Sino-US relations.

“China is a great and important country, and China’s development is remarkable,” Trump is quoted as saying.

“The US and China can achieve mutual benefits and win-win results. I would love to work with you to enhance the cooperation between US and China. I’m sure the Sino-US relations will achieve better development.”

Confusion reigned over the weekend, when a translation error in Chinese media suggested the two had spoken, contradicting Trump, who said that he hadn’t yet talked to Xi.

As the results of last week’s election dawned, Chinese residents grappled with the idea of a President Trump.

“We’re surprised by the result,” said a woman interviewed by CNN.

“I think the whole idea is bizarre,” a man told CNN. “Western democracy is too. It’s chaotic.”

Certainly, the abrasive candidate’s campaign trail rhetoric left little room for diplomacy. “We can’t continue to allow China to rape our country,” Trump said to supporters. “It’s the greatest theft in the history of the world.”

Annually there is $650 billion annually in trade between the two countries, although Trump may put some of that at risk — he’s proposed significant tariffs on Chinese imports, risking starting a trade war.

In terms of foreign policy, Trump has largely shied away from giving his opinion on the South China Sea issue — where the Asian giant has been building on existing reefs to advance territorial ambitions in the region.

Some analysts say that the incoming leader’s inward focus might present an opportunity to consolidate these gains.