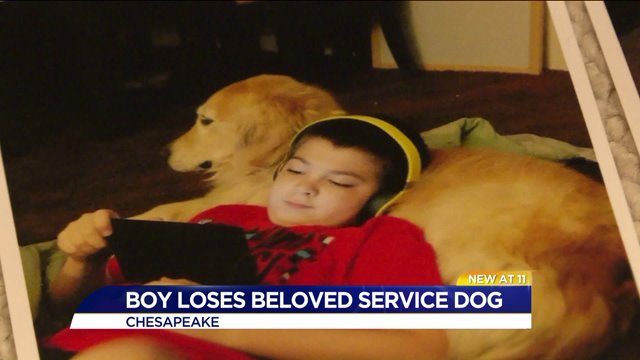 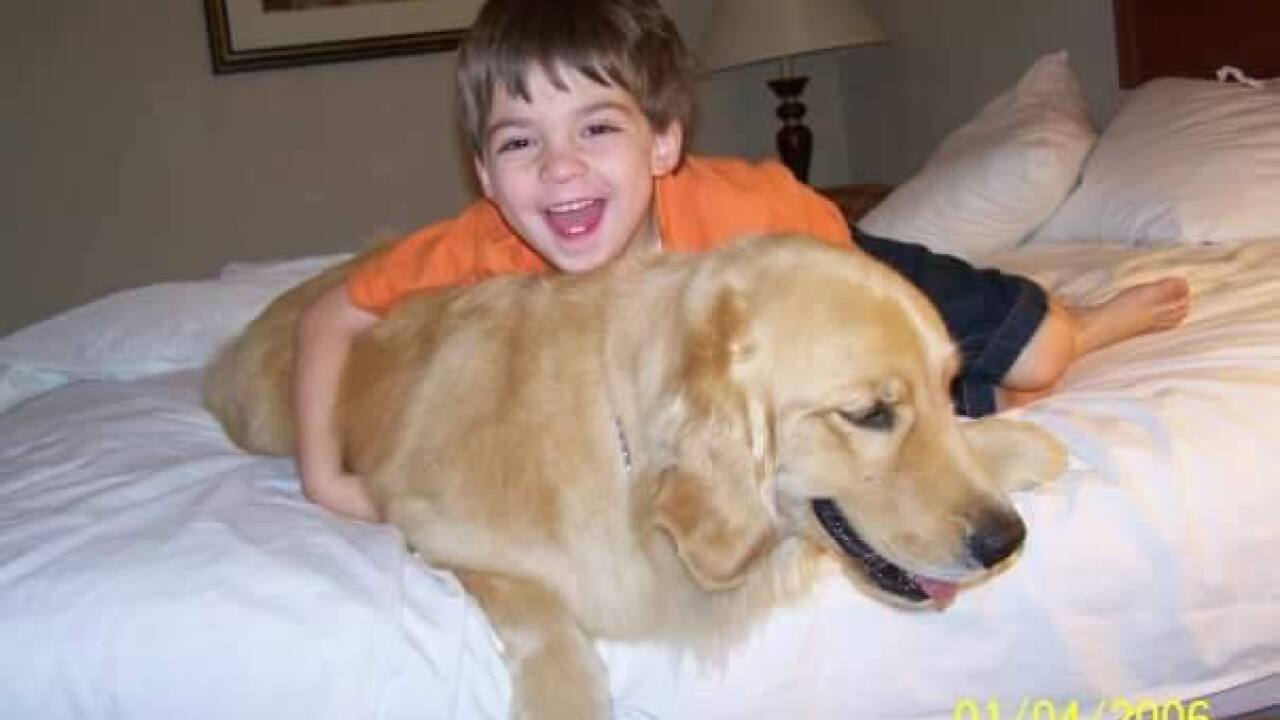 CHESAPEAKE, Va. - “You know how big Disney world is? That is one-tenth of how much I miss her,” said 13-year-old Gabriel Nieves of Chesapeake.

That is the best way Nieves knows how to describe losing his best friend, a golden retriever named Blush.

Gabe and Blush photographed one week before she died.

But Blush wasn’t just Gabe’s best friend; she was his service dog.

When Blush was dying, Gabe told News 3’s Merris Badcock it felt like he was dying.

Gabe and Blush were inseparable, until cancer ripped them apart in just a few months.

“He just did not have a chance to say goodbye,” said Gabe’s dad, Raan Nieves. “That was very tough on him."

Holding back tears, Gabe read a message for Blush: “I am glad you are not hurting anymore, but I am sad you left me,” said Gabe. “You made me be brave.”

Gabe with Blush shortly after she became his service dog.

Now, Gabe needs a new service dog, but a new dog will costs The Nieves’ at least $8,500. With five brothers and sisters at home, Gabe is going to have to raise some of the money on his own.

“You know, everybody knows somebody that needs help,” said Gabe’s dad. “This would be the way to help him, help him on his road to recovery.”

Gabe’s parents are anxious to get another service dog, because Blush also helped Gabe fit in.

“Maybe [kids] might see him and think he is different, but they see the dog and that is a commonality,” said Gabe’s dad.

You can read more about Gabe and Blush and learn how you can help here. 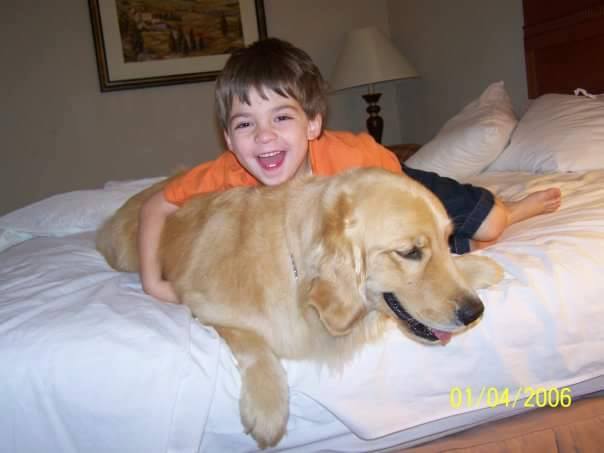