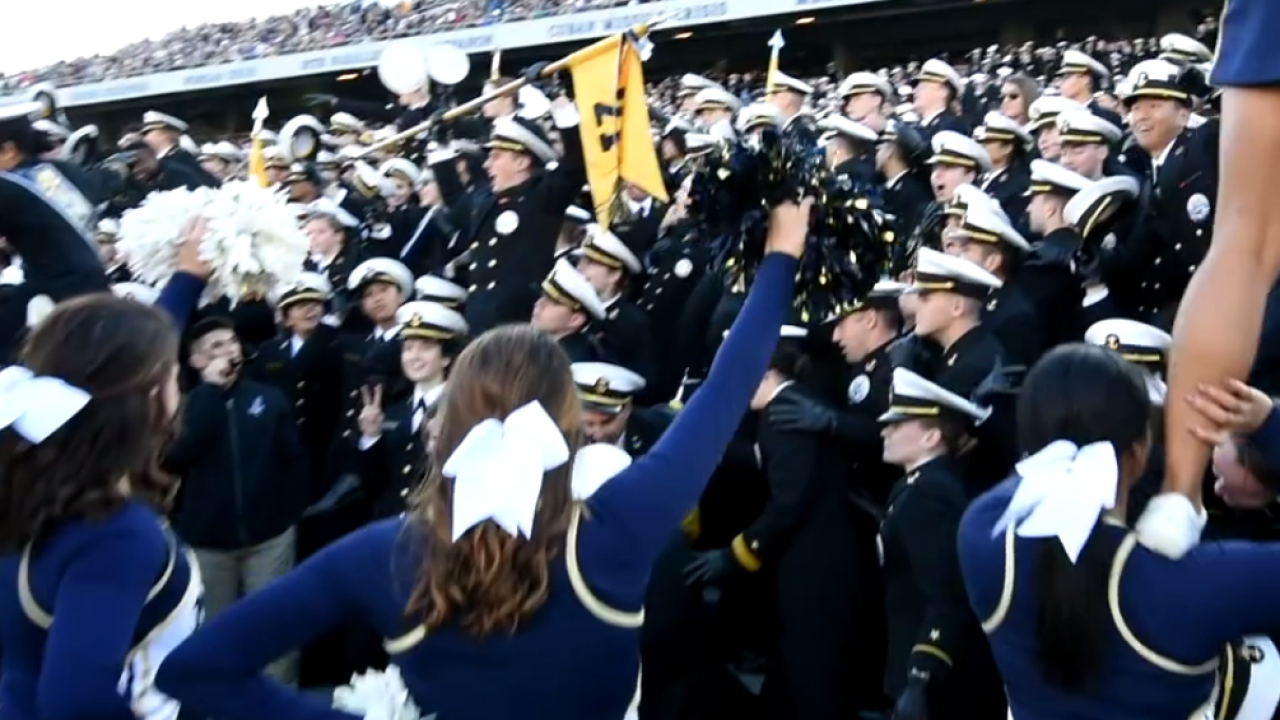 The Brigade of Navy Midshipmen took on the #MannequinChallenge during the Navy vs. Tulsa game Saturday.

The #MannequinChallenge requires groups of participants to assume a dramatic pose (could be anything) while hip hop duo Rae Sremmurd’s new song “Black Beatles” blares in the background.

The first known appearance of the #MannequinChallenge surfaced on Twitter in late October.

It’s believed to have been created by high school students at the Edward H. White High School in Jacksonville, Florida.

Sporting teams such as the Pittsburgh Steelers, Dallas Cowboys, and the Milwaukee Bucks have created their own variations.