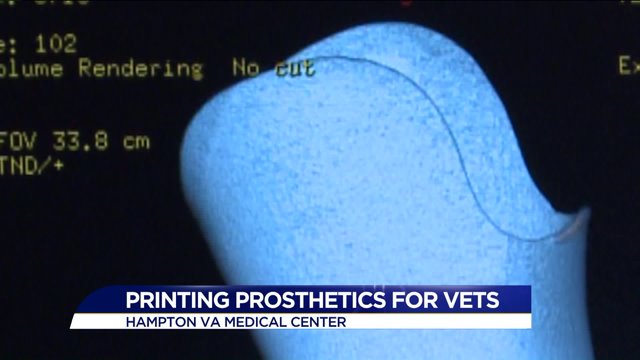 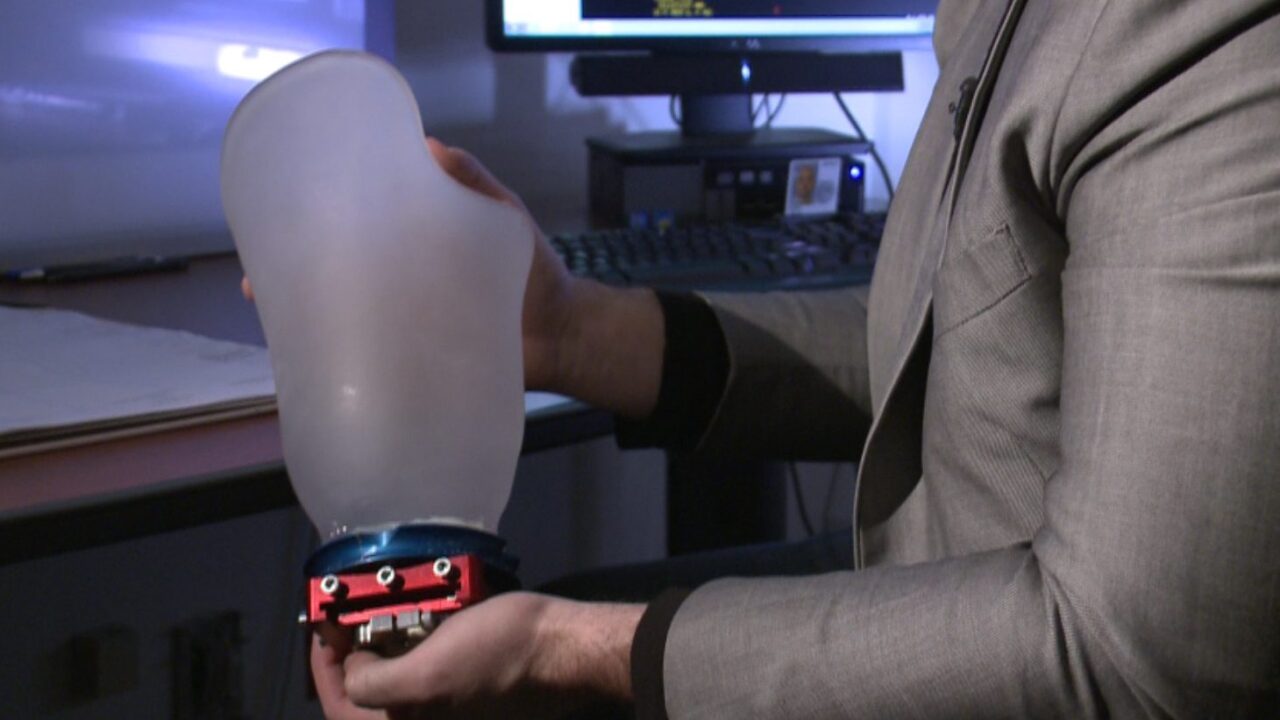 HAMPTON, Va. - Our service members risk life and limb to keep us safe.  For some, the risk of injury becomes reality.

The Hampton Veterans Affairs Medical Center works with a couple hundred veterans a year with below the knee amputations.

When they come in, they're fitted for traditional prosthetics, but Dr. Jose Morey, a radiologist, is pushing the envelope when it comes to their healthcare.

"We want to be able to help them in ways that they've never been able to be helped before," Morey said.

They're doing it using 3D printers.  Dr. Morey began testing out 3D printed prosthetics with veterans over the summer.

After taking a scan, it's sent to another facility where it can be printed.

There are two big differences - cost and time.

"They're like, oh my gosh this is completely different," Morey said, referring to how quickly they can be made.

It can take up to nine months to make a traditional prosthetic, but with a 3D printer it can be made in two or three days.

And instead of costing as much as a couple hundred thousand dollars, the 3D printed ones can cost less than a thousand.

Prosthetics are one of the main focuses right now, but the technology has other applications they're looking into, including preoperative management.

For example, a scan be be taken of a patient with a brain tumor which is used to make a 3D model.  The model can be used to practice surgeries ahead of time.

Dr. Morey hopes to get a full lab running with 3D printers at the Hampton VA.

He's waiting on a grant and believes the options are endless.

"Once you have the capability to do it, then you can do a lot of things.  Let's say a veteran's experienced an IED or perhaps has some sort of disfigurement, you could do a prosthetic piece so that their clothes fit properly, or perhaps a veteran comes in that's wheelchair bound, then you can make something specific for their wheelchair to hold a book or to help reach them something," said Dr. Morey, "Sky's the limit.  It's really up to your imagination what you can do with it."

Dr. Morey says it's unclear how long it could take to hear back about their grants, but if they're approved, he estimates they could have a working lab up and running within a year or less.