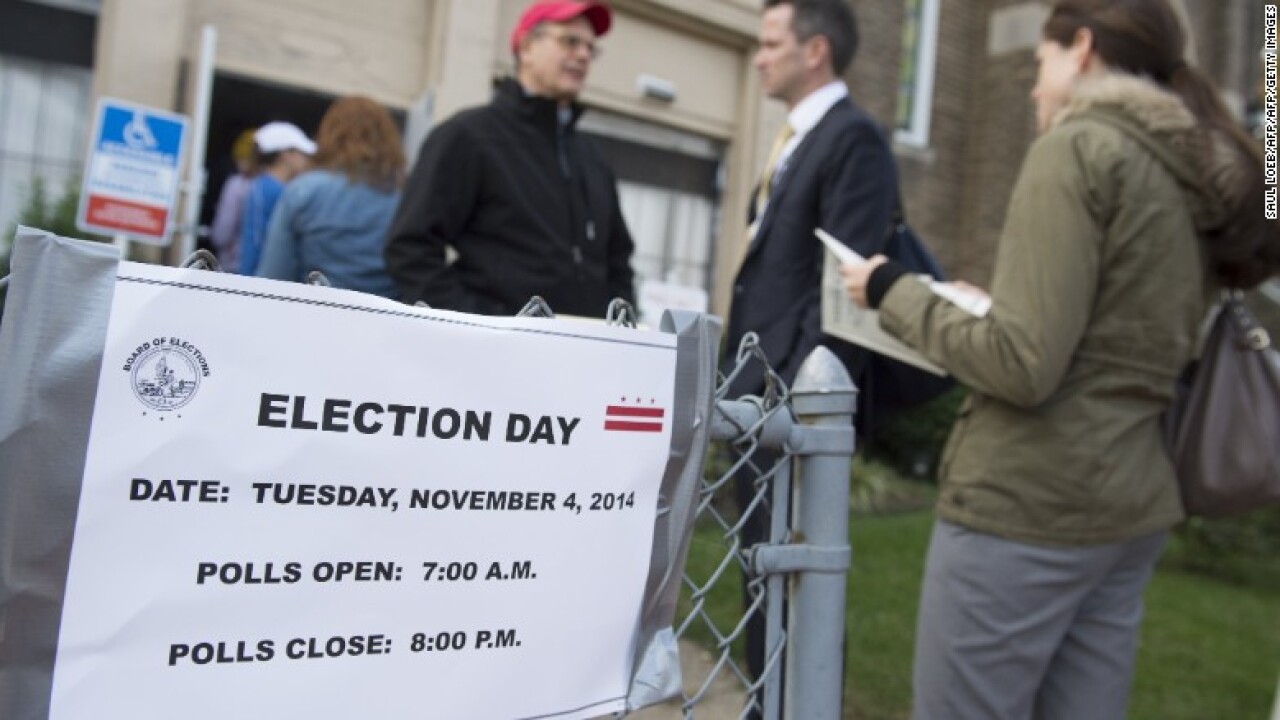 As Donald Trump warns of a “rigged” system fueled by voter fraud and other irregularities, some private citizens have taken it upon themselves to protect the nation from what they see as the potential for a stolen election.

Michael Hyers, an Air Force retiree from Fayetteville, North Carolina, has spent hours upon hours combing through records, cross-checking addresses and submitting thousands of challenges to voter registrations in an effort to purge voter rolls at the local Cumberland County elections board. He claims to have removed 6,000 people from voter rolls since 2014.

He believes it is his duty.

“I swore an oath to support and defend the Constitution,” Hyers told CNN, explaining his belief that Democrats have conspired to commit massive voter fraud and he has a responsibility to scrub rolls of voters who have died or moved away.

The challenges submitted by Hyers and his group, the Voter Integrity Project, a conservative organization that believes systemic voter fraud exists, became part of a federal lawsuit that accused officials in three North Carolina counties of illegal voter-roll purges that disproportionately targeted African-Americans.

The lawsuit, filed by the NAACP, garnered the attention of the Justice Department and independent elections-monitoring groups, and on Friday, a federal judge ordered the state and local boards to restore the purged voters.

Federal judge Loretta Biggs described the purges as a “flawed process” and specifically noted that one individual in Cumberland County — where Hyers lives — challenged the registration of approximately 4,000 local voters.

The North Carolina Board of Elections has no evidence the election will be affected by fraud, and in a statement to CNN, a spokesperson said the board works to ensure the integrity of the elections process by investigating allegations, conducting audits during the early voting period and working in partnership with the Department of Homeland Security.

Studies have found limited occurrences of voter fraud, such as a 2014 report by Rutgers University political science professor Lorraine Minnite, who concluded, “The scant evidence of arrests, indictments or convictions for any of the practices defined as voter fraud means that little fraud is being committed relative to the millions of votes cast each year in state, local and federal elections.”

But Hyers says he has come across news reports and hearsay to the contrary.

He also specifically references videos produced by James O’Keefe, the conservative political activist, and his organization, Project Veritas, which shows Democratic operatives purportedly discussing questionable methods to skew the election against Trump. Most of those videos have been found to be inaccurate and highly edited to promote O’Keefe’s conservative narrative.

Hyers told CNN this has led him to painstakingly research voter records for names and addresses of individuals he says have not voted in two or more federal elections.

He then mails letters to those individuals’ addresses that explain how his group has determined they may be inactive and urges them to re-register or face possible challenges to their voting status.

If the letter comes back to Hyers with the marking “return to sender,” he says he files a challenge regardless of the voter’s race or political affiliation.

“The system is broken,” Hyers said. “(The law) was written by the Democrats in such a way as to keep the rolls bloated, so that voter fraud could be done.”

Jay DeLancy, who co-organized the Voter Integrity Project in 2011, said his group depends on people like Hyers to do the work that he says official elections boards can’t.

“We know that there is some level of voter impersonation fraud going on, but it’s not prosecutable unless you catch the person in the act, which is impossible to do because there’s no ID required,” Delancy told CNN.

Multiple county officials did not to respond to CNN’s request for comment regarding how they proceed when private residents such as Hyers challenge registered individuals’ eligibility to vote.

But in the eyes of Jimmy Buxton, who heads the Fayetteville chapter of the NAACP, all of this amounts to politically motivated voter suppression.

Buxton said some individuals such as Hyers and others have found a way to side-step the official process of election boards to examine the accuracy of voter rolls since North Carolina law allows private citizens to submit residency challenges.

Buxton said this allows non-government groups to suppress the votes of African Americans, who more often align with Democrats.

The North Carolina branch of the NAACP filed suit to challenge the en masse cancellations on the grounds that the National Voter Registration Act prohibits systemic voter removal programs within 90 days of a federal election. The suit also charged that the efforts disproportionately targeted African-Americans.

In a statement of interest in the case, the Justice Department wrote, “the purge program at issue here rested on a mass mailing and the silence of voters largely unaware of the potential injury to their voting rights.” The DOJ also has sent election monitors to at least one North Carolina county, Robeson County.

The judge’s ruling on the case Friday orders the election boards to stop further purges and ensure that voters have the right to vote in person or receive an absentee ballot if they had been denied.