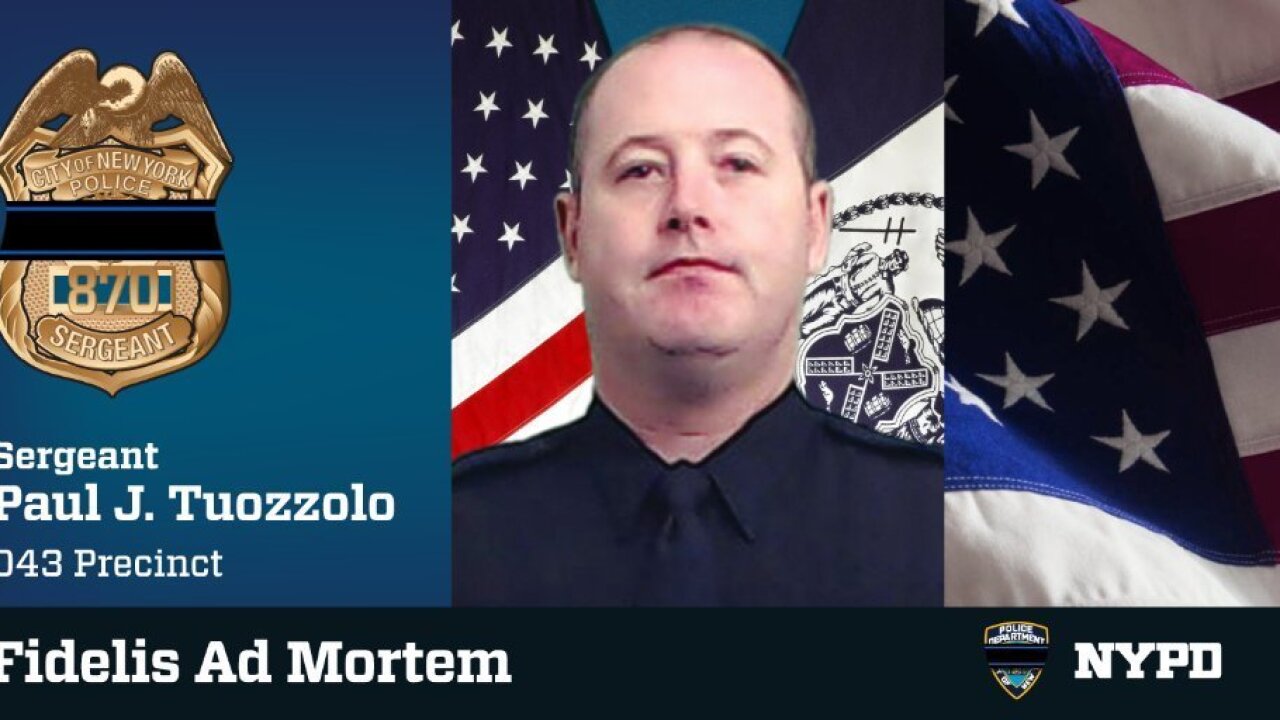 NYPD Sergeant Paul Tuozzolo, 41, was killed on Nov. 4 after exchanging gunfire with an individual suspected of a home invasion in the Bronx. Tuozzolo had been with the NYPD for 19 years.

The slain officer, Paul Tuozzolo, 41, was a 19-year veteran of the department, O’Neill said at a news conference.

The wounded officer, Emmanuel Kwo, a sergeant with nine years experience, was shot in the leg and taken to a local hospital, O’Neill said. He was in stable condition.

O’Neill said a woman called 911 about 2:45 p.m. to say a man had broken into an apartment. As officers approached the residence they learned the suspect had fled the scene in a red Jeep.

The officers located the vehicle about a mile from the apartment and the driver emerged with a .45-caliber pistol and started shooting, O’Neill said.

The suspect was identified as Manuel Rosales, 35, the estranged husband of the apartment resident, O’Neill said. O’Neill said Rosales was a resident of Suffolk County and had 17 previous arrests, though he didn’t specify what charges were involved.

Tuozzolo was married with two young children, Mayor Bill de Blasio said. He was “a man who committed his life to protecting all of us,” de Blasio said.

“The city is in mourning and the family of the NYPD is in mourning, particularly the men and women of the four-three precinct,” de Blasio said.

Prior to this incident, at least 52 law enforcement officers had been fatally shot in the line of duty in the United States and Puerto Rico in 2016, according to the National Law Enforcement Officers Memorial Fund.

That’s the highest one-year total since 2011, when 73 officers were shot dead, the fund says.