This legal opioid is leaving a lethal trail in the US 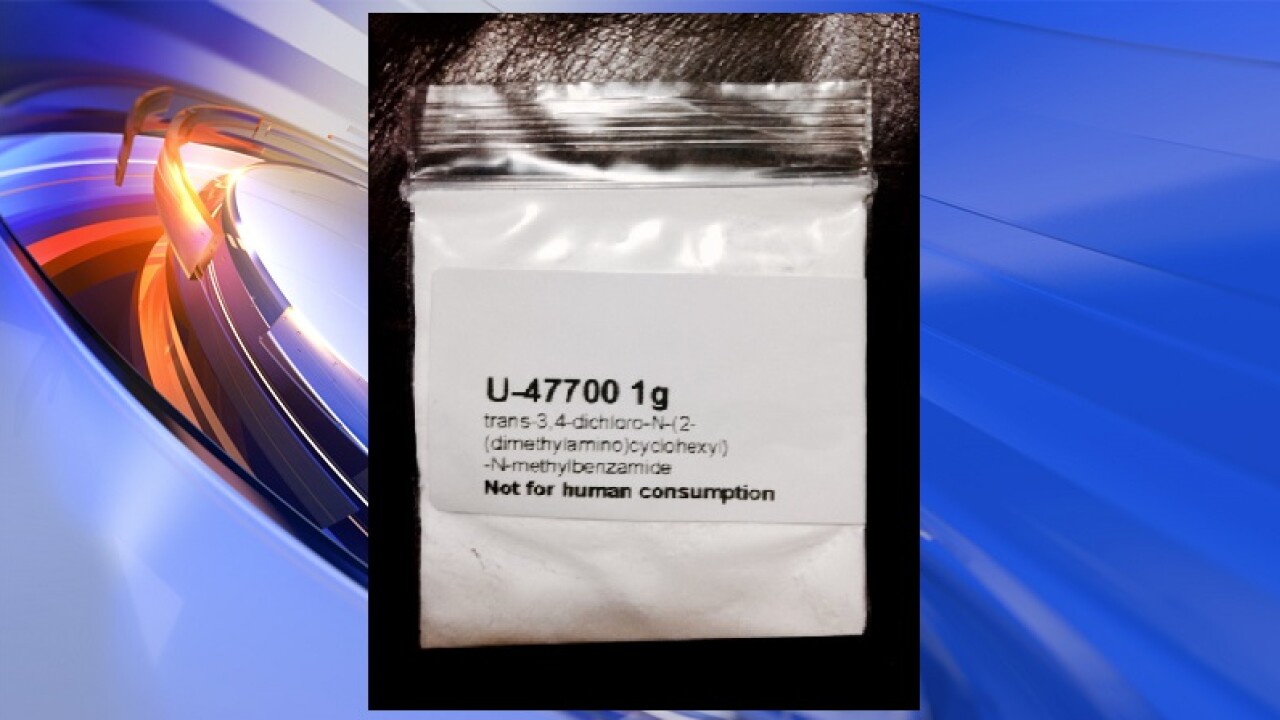 By the time the box arrived at the McGeachy residence, it had traveled more than 6,000 miles from China to the small Detroit suburb of White Lake.

Inside lay a USB drive, based on what the shipping list said, that seemed as harmless as the computer it was destined for.

For 19-year-old Brennan McGeachy, a drug offender discharged from prison earlier this year, the package contained something else that brought him back to his old life — one cut off by the monitoring bracelet on his ankle.

On the morning of October 5, Brennan went to the bathroom with a syringe in his hand and took a drug he ordered online from China, a friend at the house told police.

Out of concern, his father Todd eventually broke down the door and found his son lying unresponsive on the floor, police said. Todd performed CPR. His efforts were in vain — the drug had already found its way into his son’s veins, leaving him without a pulse.

First fentanyl, then carfentanil, now this…

The police first suspected the drug was heroin. However, it turned out to be a drug they’d never seen before — a synthetic opioid called U-47700 — known to some as “pink” or “pinky.” While nearly eight times stronger than morphine, it’s still legal in most states including Michigan.

“We knew there was heroin in Michigan, we knew there was carfentanil that could potentially come here, but this is new to us,” White Lake Police Chief Adam Kline told CNN.

McGeachy joins a growing number of people who have died from using U-47700 — the drug now is responsible for dozens of deaths across the country.

Fentanyl, which is more than 50 times stronger than morphine, and carfentanil, an elephant tranquilizer nearly 100 times more potent than fentanyl, are both often sold and used illegally. The abuse of both drugs this summer has led to strings of overdoses in cities such as Cincinnati and Akron, Ohio, and Huntington, West Virginia.

To a large degree, U-47700 has flown relatively under the radar compared to synthetic opioids like fentanyl and carfentanil.

Though not as potent, Kline said U-47700 can legally be purchased on the “dark web” in the form of a nasal spray, powder or pill.

In the late 1970s, the former pharmaceutical company Upjohn created U-47700 as an alternative to morphine. However, it became classified as a “research chemical” after it never got tested on humans. The drug failed to receive FDA approval and, as a result, never made it into the market.

Over the years, U-47700 slowly made its way into the hands of foreign drug manufacturers who found old patent filings and academic journals containing the formula, numerous local media outlets reported.

According to the Utah Statewide Information & Analysis Center, foreign suppliers have made the drug available for sale online for as little as $40 a gram.

According to the Drug Enforcement Agency, U-47700 has killed people in several states including New Hampshire, North Carolina and Texas — and appears to be spreading.

This past spring, officers in Lorain County, Ohio, seized 500 blue pills that initially appeared to be oxycodone, complete with “A 215” markings usually found on the prescription painkiller, according to the DEA.

However, lab tests found no traces of oxycodone. Instead, they found U-47700. Dr. Joshua Stephany, medical examiner for Florida’s Orange and Osceola counties, told CNN affiliate WESH the highly addictive drug is often mixed with other substances.

“It’s like the wild west out there,” Stephany told WESH. “Really, you don’t know what you’re getting, so every time you buy something, it’s like Russian roulette.”

In Florida, where U-47700 has killed at least eight people, Florida Attorney General Pam Bondi felt pressured to sign an emergency order outlawing the drug. Possession of the drug is now punishable as a third-degree felony that can carry a prison sentence of up to five years.

“It’s coming in a pill form now,” Bondi told reporters last month. “[Drug users] don’t know what they’re taking, and it’s more important than ever to please stop buying these drugs on the street. … It can kill you.”

Florida now stands with Georgia, Ohio, Wyoming and a few other states in approving U-47700 bans.

As U-47700 deaths continue to climb, lawmakers in states including New York and Rhode Island have also eyed bans of their own.

“It’s difficult for the law to keep up with the new kinds of drugs,” Rhode Island state Rep. Joseph McNamara, a Democrat from Cranston said in a statement. “Synthetic marijuana and bath salts showed up, but we took steps to ban them because of the serious health issues attributed to them. Now other manufactured psychoactive substances, such as U-47700 are showing up. And it looks like it may be even more dangerous.”

In late August, DEA Acting Administrator Chuck Rosenberg temporarily placed the drug into Schedule I of the Controlled Substances Act to “avoid an imminent hazard to the public safety.” The DEA’s permanent placement of U-47700 is still pending.

Since the Bloomington, Indiana, couple’s death, the state’s Board of Pharmacy has enacted a temporary U-47700 ban that will stay in effect until June 2017 .

“These are the types of things that come in groups,” Kline said. “If it happens once, it’s more than likely going to happen again.”