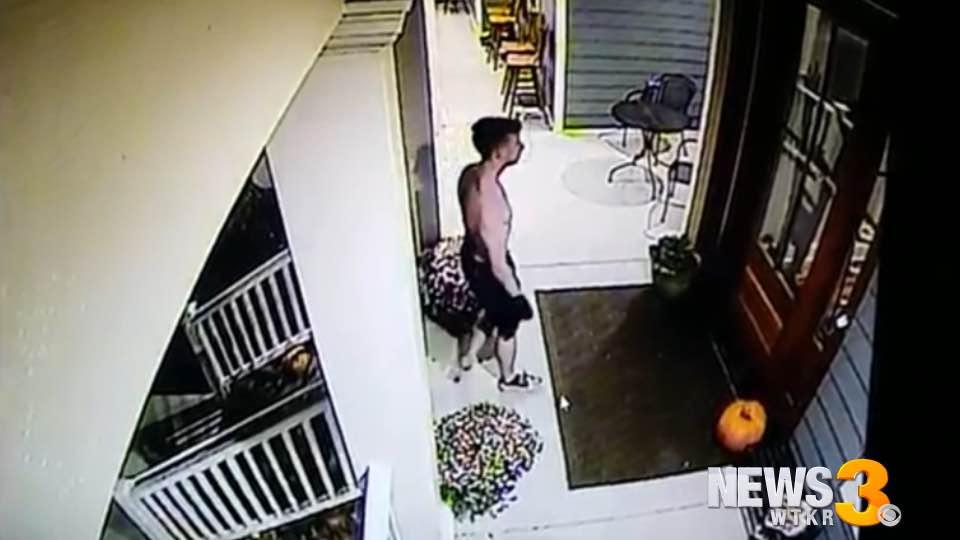 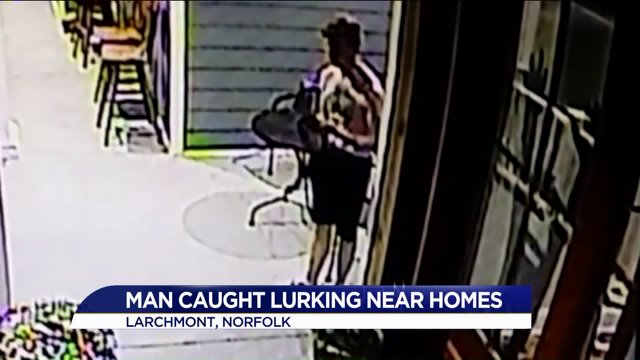 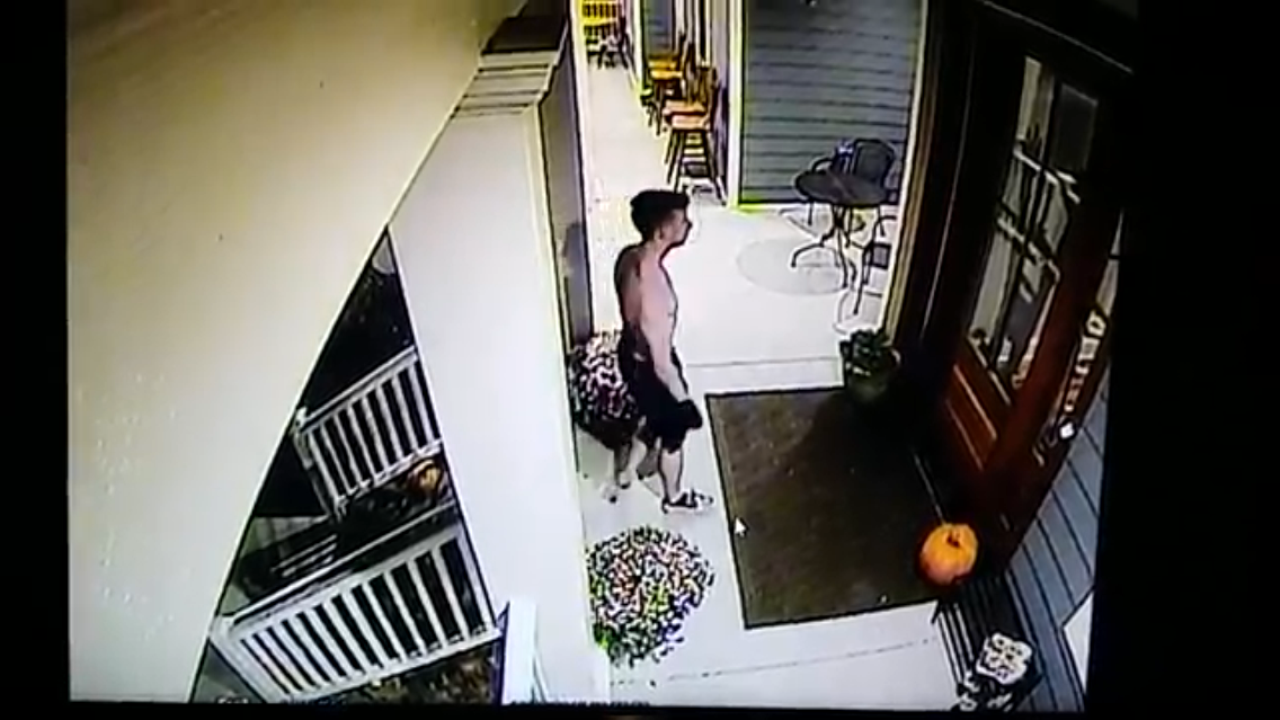 NORFOLK, Va. - A quiet evening at home took a scary turn over the weekend when a Larchmont homeowner caught a shirtless man lurking around his front porch.

According to the homeowner, he and his wife and children were in the other room watching a movie when the man walked up their front steps. He says his wife  made eye contact with the man who was standing at her front door while she was walking to the kitchen. After seeing her, the shirtless man hid behind a corner on the porch until the homeowner banged on the window, scaring him off.

The homeowner posted his surveillance footage online and on the NextDoor app where other neighbors in the area reported seeing the man on their front porch as well.

Norfolk Police say they searched the area for the man but did not find him. They also say neighbors on Studeley Avenue reported seeing a man of a similar description an hour later. They say the man may have been intoxicated.