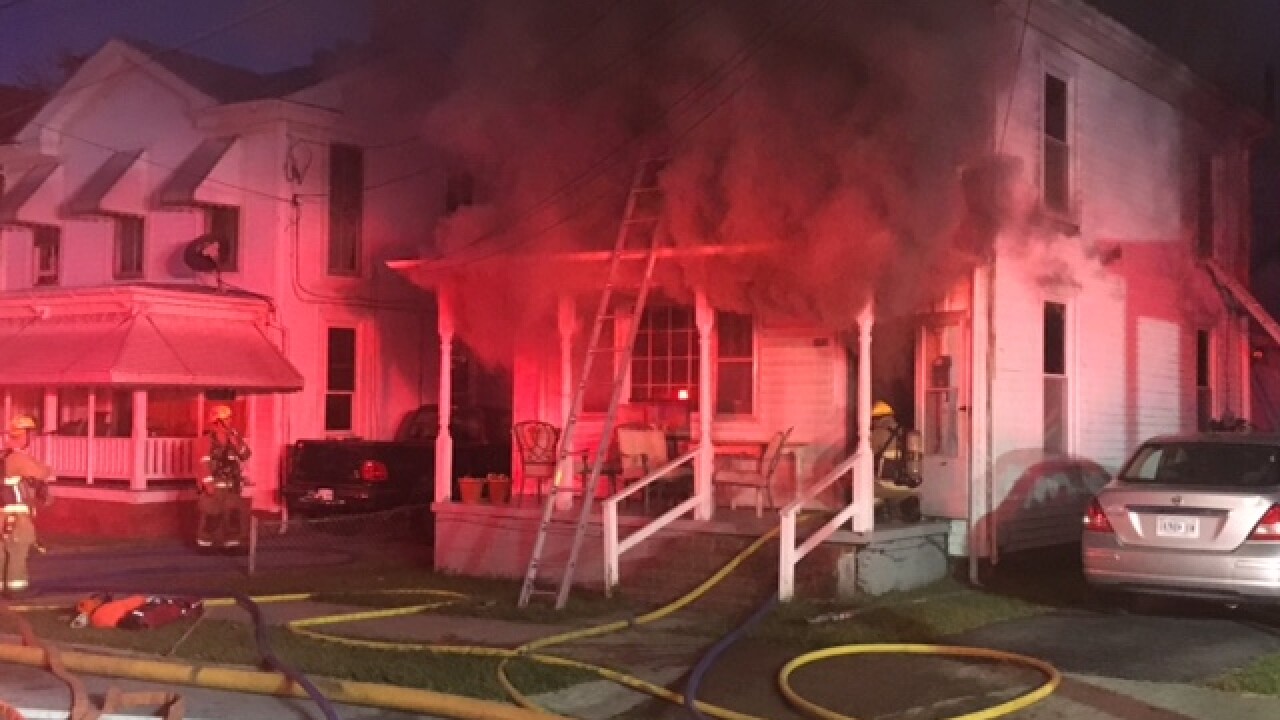 SUFFOLK, Va. – Fire and Rescue crews responded to a fire at a two-story home in the 200 block of Chestnut Street.

When firefighters arrived, they saw fire coming from the back of the house, extending up to the second story.

Two people escaped the fire before firefighters arrived. A woman was taken to Sentara Obici Hospital due to smoke inhalation.

The home sustained smoke and fire damage, especially in the kitchen area.

The fire was due to unattended cooking, according to the Suffolk Fire Marshal.

Four adults and three children have been displaced and are being assisted by the American Red Cross.