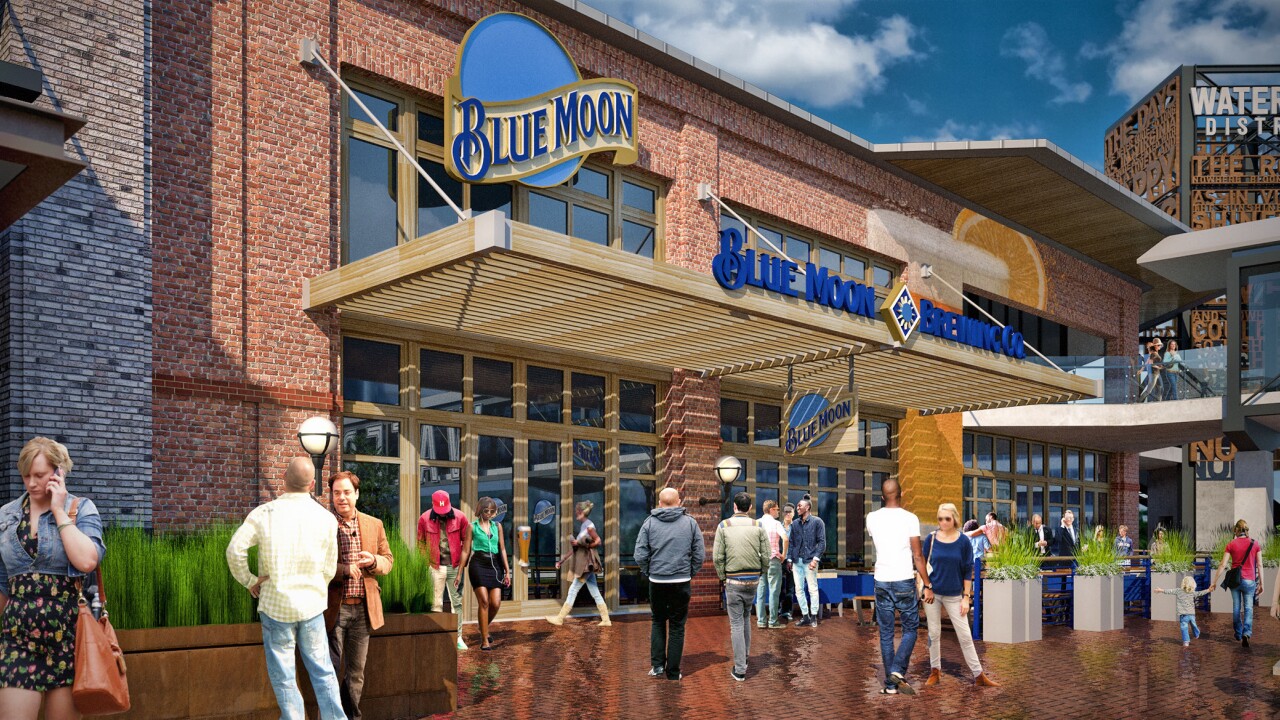 NORFOLK, Va. – Blue Moon TapHouse has been announced as the newest addition to the Waterside District.

The TapHouse was designed specifically for the Waterside District and will debut when the District opens in Spring 2017.

Over $6 million will be invested in the project, which will create 100 new jobs.

Blue Moon TapHouse will include three dining and entertainment sections: a tavern area, dining area and an outdoor patio.

The tavern area will have booth style seating with a custom-designed circular bar serving beer on tap. The dining area of the venue will have a high, vaulted ceiling with a skylight and exposed kitchen, opening up to a waterfront view of the Elizabeth River. A large exterior patio will offer an outdoor dining option and second stage for live music.