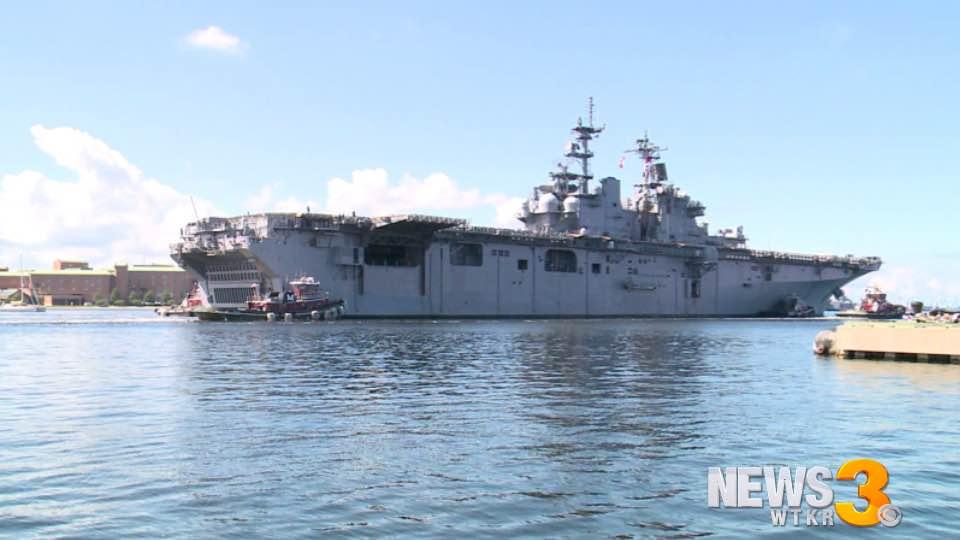 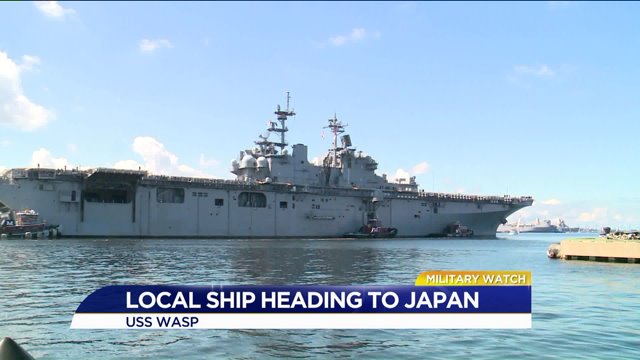 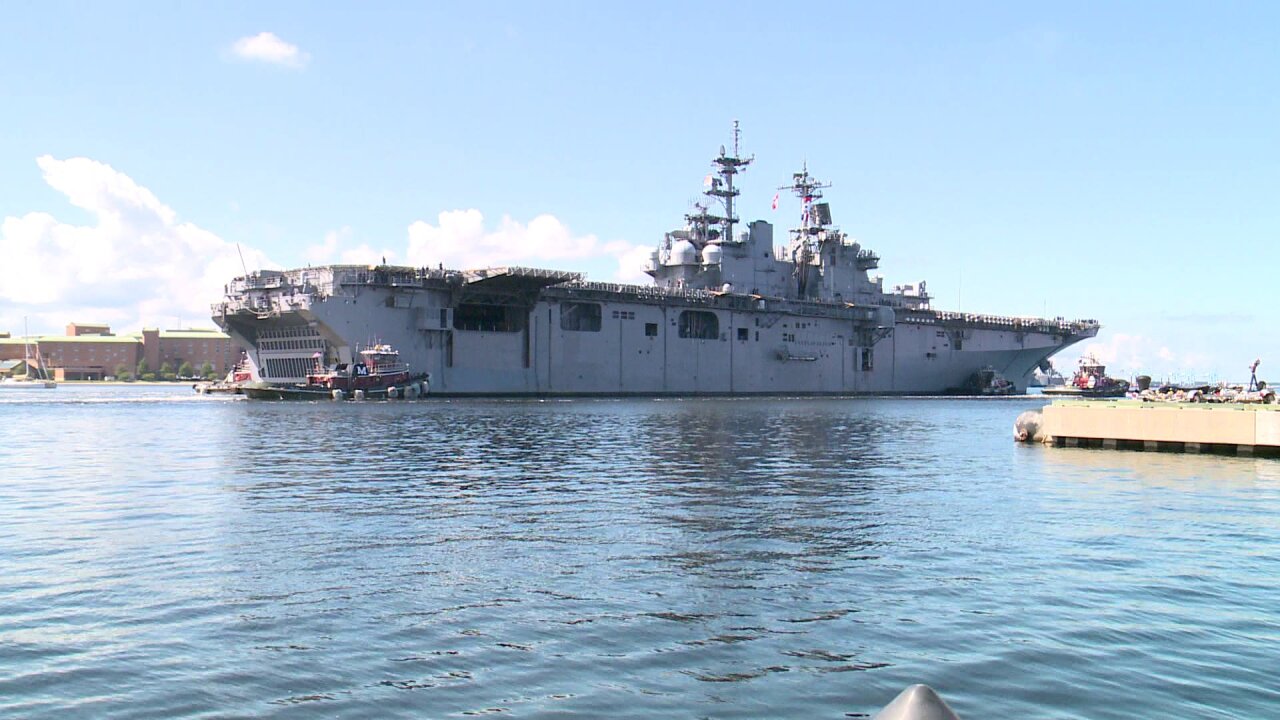 NORFOLK, Va. - The Navy's plan to forward-deploy the USS Wasp to Japan next year could end up costing Hampton Roads $200 million over two years.

"Our estimate is that we will lose approximately $100 million in direct compensation with the re-homeporting of the Wasp and this will translate into around $195 to $200 million of lost economic activity in the Hampton Roads region," McNab stated.

The Navy announced the plan for the USS Wasp to become part of the U.S. 7th Fleet Forward Deployed Naval Forces in fall of 2017 on Monday.

Retired Rear Admiral Craig Quigley, Executive Director of the Hampton Roads Military and Federal Facilities Alliance, says he gets why the Navy is moving the Wasp, since it was recently modernized to accommodate the Marines Corps variant of the Joint Strike Fighter (F-35B) which is capable of Short Take-Off Vertical Landing.

"As much as I hate to see about 1,100 of our neighbors move to Japan for a couple of years, I understand it," he told News 3's Todd Corillo Tuesday.

Quigley points to the recent report showing the Navy's economic impact on the region increased by $770 million last year as positive news and an indicator of the importance of Hampton Roads to the Navy.

"It just reinforces to me the central role that the military presence, the Navy presence, the federal presence plays on the economic health of Hampton Roads. It's just huge," Quigley stated. "Hampton Roads will always remain a strong hold of the nation's military."

Dr. McNab says the forward-deployment of the USS Wasp, while a loss, is not a death blow and also presents an opportunity for Hampton Roads.

"It's a great opportunity for Hampton Roads to continue to market itself as a great place for the Navy to be and it has the facilities and the infrastructure and the willingness to bring assets here," Dr. McNab shared with News 3's Todd Corillo.

With the move of the USS Wasp to Japan, the USS Bonhomme Richard (LHD 6) will relocate to San Diego to undergo modernization.