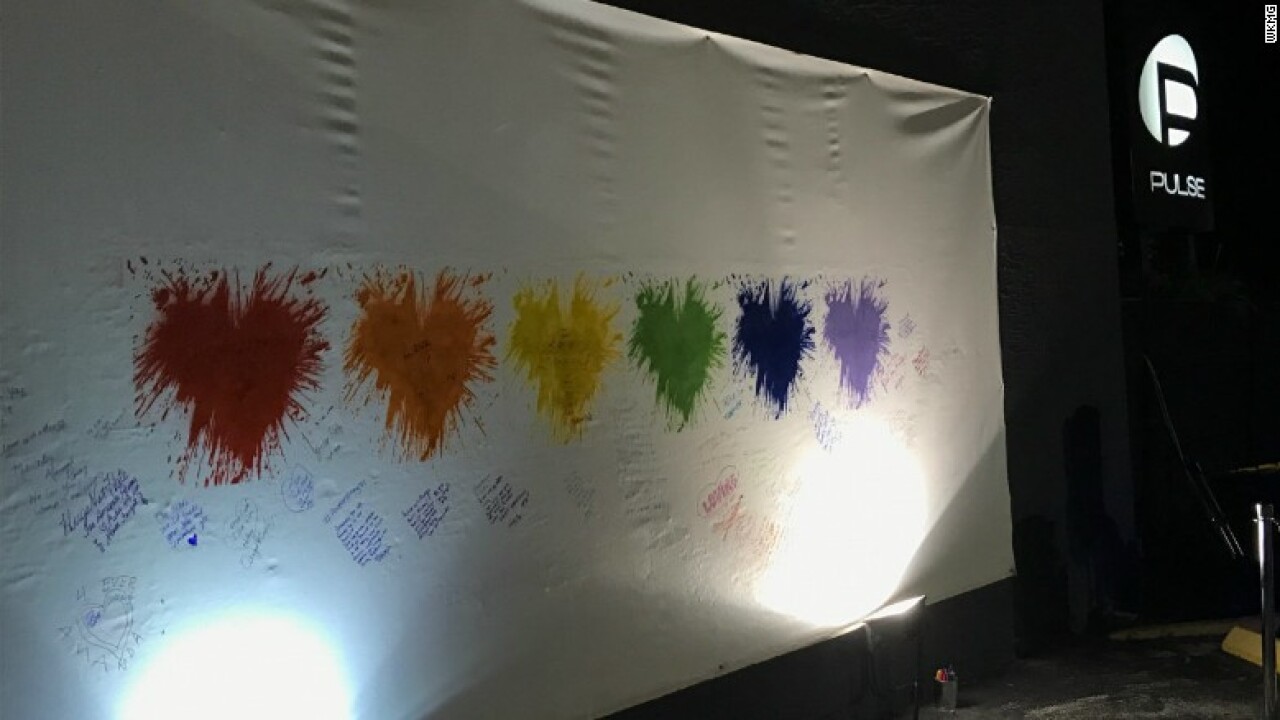 The gates surrounding Pulse nightclub were opened to the public for the first time Thursday night since the June 12 shooting that claimed 49 lives.

Artist Mr. Brainwash unveiled a new mural at an event inside the fence line, where he encouraged people to help him finish it by using markers, paints and their creativity.

The mural used the colors of the rainbow flag, a heart painted in each color.

The event was orchestrated by oil heiress Nats Getty, who said she knew someone who was inside Pulse the night of the shooting. She said she decided to hold the event on Spirit Day, a day designed to bring attention to LGBTQ bullying.

“In my life, I follow my heart, and I go where the fight is. Right? In this circumstance, it shouldn’t be a fight, but it is the right fight,” she said.

Pulse owner Barbara Poma and Orlando City Commissioner Patty Sheehan spoke at the event, which started late Thursday and was expected to last into the morning hours of Friday.

Prints of the mural will go on sale on Friday morning on Getty’s website, Strike Oil, and Getty said the proceeds will go to the One Pulse Foundation and the Gay and Lesbian Alliance Against Defamation, or GLAAD, to help make a memorial site out of the nightclub.

Click here for our full coverage of the Pulse attack