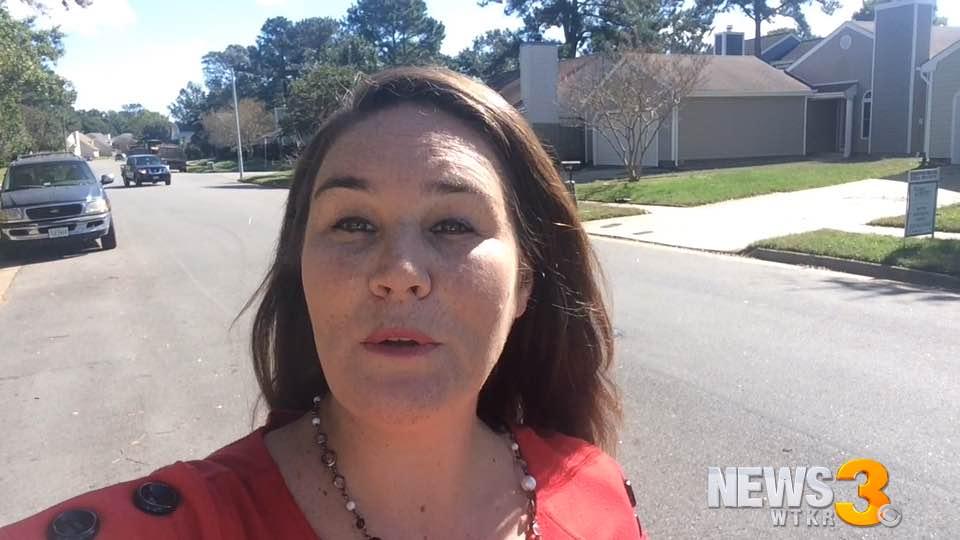 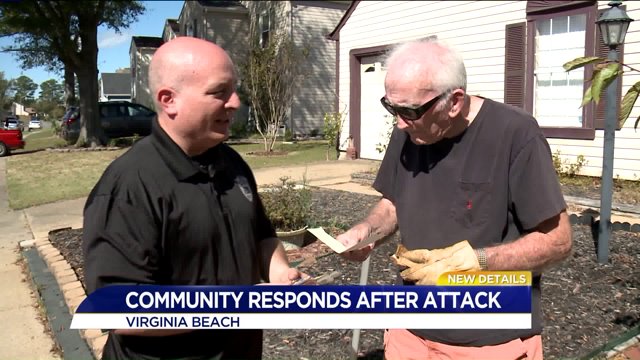 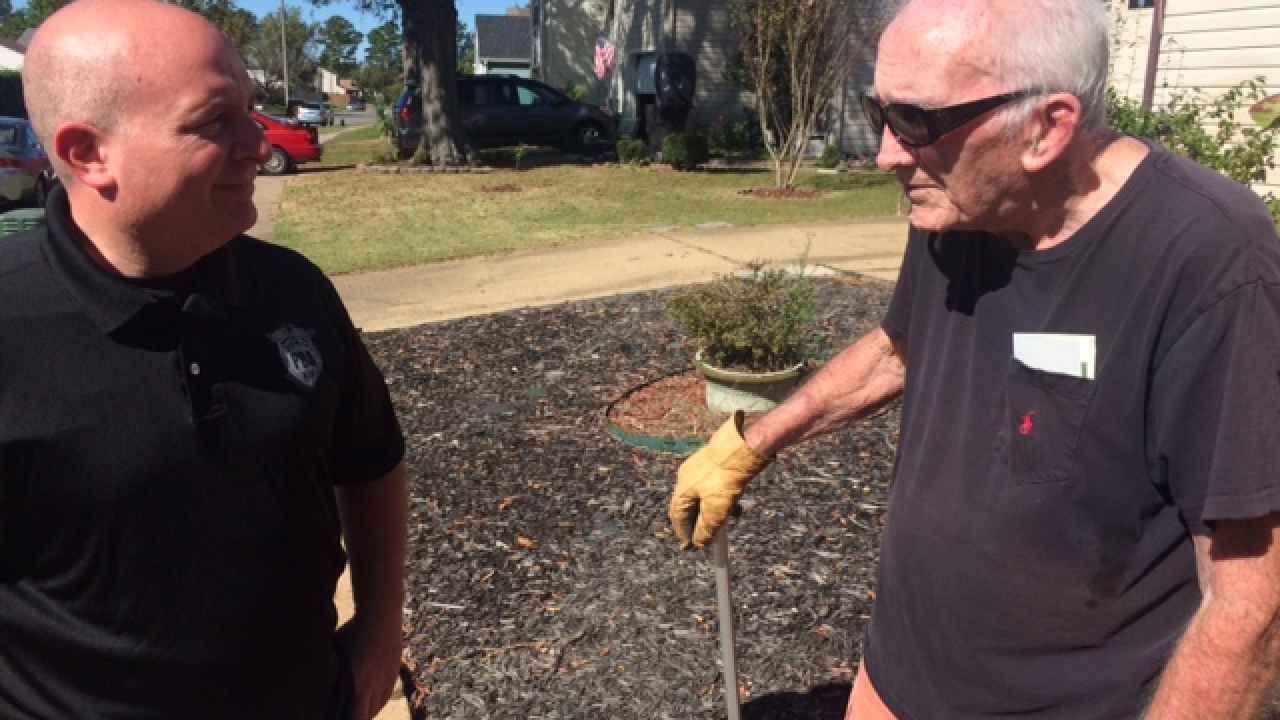 VIRGINIA BEACH, Va. - An 87-year-old man was attacked Thursday, and the community responded.

The story we told you Thursday struck a nerve with people in the area.

Injuries from being thrown to the ground are healing but 87-year-old Jerry McDonnell is still bothered by what happened to him just steps from his front door.

"I feel kind of helpless. I had all these groceries and I'm not making any excuses, but I went down...I was afraid the milk was going to break," said McDonald.

The story upset many in the community including members of the Virginia Beach Police Union who heard what happened they took action.

The union gave McDonald a donation, "Disturbed us very much of an elderly man being robbed, mugged right here in our city and it touched all the members and the members wanted to do something to show their concern," said Virginia Beach Police Union President Brian Luciano.

Members of the Hampton Roads Beard and Mustache Society were also appalled by the crime and wanted to help with a donation.

Back in May, WTKR awarded the group with a People Taking Action Award for the work they have done to raise money for people in the military.

They took the money they received from our partner Southern Bank and wanted to give it to McDonnell.

"Felt like it was unjust and I think that's most politically correct term there is for it," said President Josh Kimm, "We had this $300 gift card. We just felt it would be best to pay it forward and give it to him to help make up for his loss."

McDonnell was touched by the generosity of strangers.

He didn’t want to take the money but now says he wants to pay it forward.

Police are still looking for the suspects.

The first suspect is described as a black male, 18 to 20 years of age, approximately 6’ tall, dark complexion. He had tattoos on his arm and was wearing a black hoodie.

The second suspect is described as a white male, 18 to 20 years of age, approximately 5’ 10” tall. He was wearing a gray hoodie and red shoes.

Detectives are asking anyone who may have witnessed this crime or has any information of the suspect’s identity to please call Virginia Beach Crime Solvers at 1-888-LOCK-U-UP.

Tipsters will remain anonymous and could be eligible for a cash reward up to $1,000 if their information leads to an arrest.