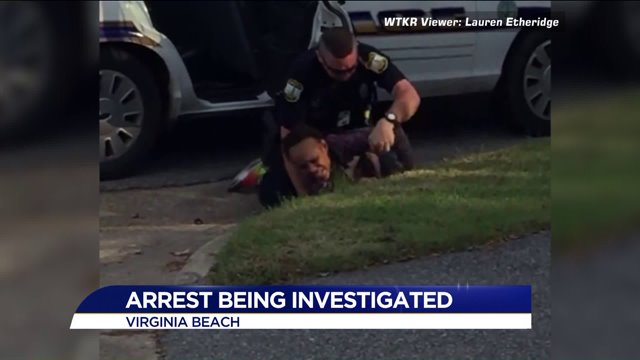 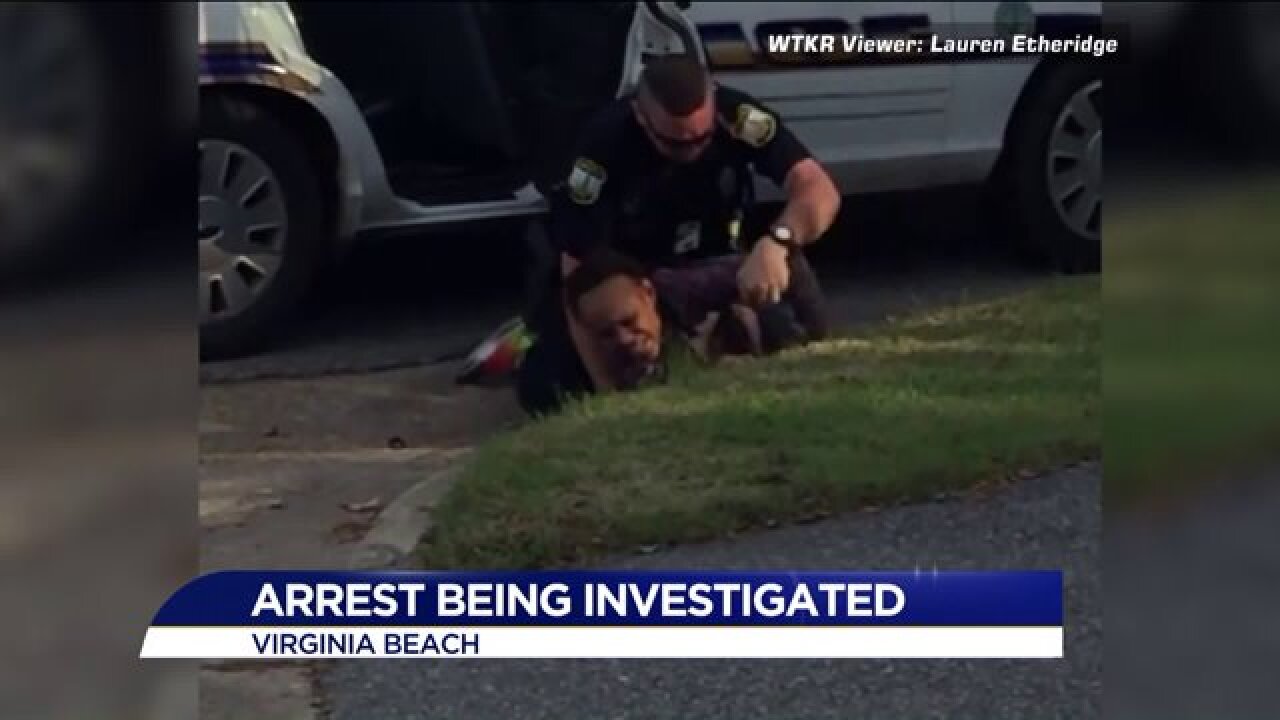 VIRGINIA BEACH, Va. - Police say they are reviewing a video posted on Facebook after a concerned citizen shared footage of the woman being handcuffed.

“She was very tiny, and I couldn’t tell whether it was a teenager or a young woman, or what, she was so tiny," said Lauren Etheridge, who posted the video on Facebook.

According to Etheridge, the incident all started when an officer pulled over, walked around his vehicle and yanked a female suspect out of his patrol car.

However, Virginia Beach Police say there is a reason their officer was trying to handcuff the suspect.

According to police, 24-year-old Shakema Mitchell was arrested for public intoxication Monday around 4 p.m. at the Four Sales Resort Hotel on Atlantic Ave. But on the way to the precinct, she slipped out of her handcuffs.

Police say the officer tried to cuff Mitchell again but she was not cooperative, so he called for assistance.

After backup arrived Mitchell was re-handcuffed and transported to jail, and charged with public intoxication.

However Etheridge claims the worst of the video was not caught on tape. In her post, Etheridge wrote the officer "smashed [the suspect's] head and face into the ground repeatedly."

“All of that took place prior to me even filming. In fact, the reason why I even started to film was because I felt that was the only way to diffuse the situation," Etheridge told News 3, who says the officer's behavior changed after she turned on her camera.

Etheridge posted the video to Facebook with this description:

While pumping gas, a police officer pulls over and yanks a young women out of his car and proceeds to smash her head and face into the ground repeatedly. He dragged her by arm and yelled. When I turned on the camera, his behaviour changed. This girl was no more than 110lbs, there is no way she required multiple slams to the ground. If you think we don't have a policing, excessive force issue in this great nation, you are WRONG!

Ms. Etheridge, Thank you for bringing this to our attention. It has been sent to our internal affairs for review.

A spokesperson for Virginia Beach police confirmed they are investigating but said they were not able to comment further as the investigation proceeds.

Estridge says she hopes her video post encourages more transparency within the department.

“I wanted Virginia Beach Police Department to respond about their policy and protocol. Is this apart of normal protocol?”