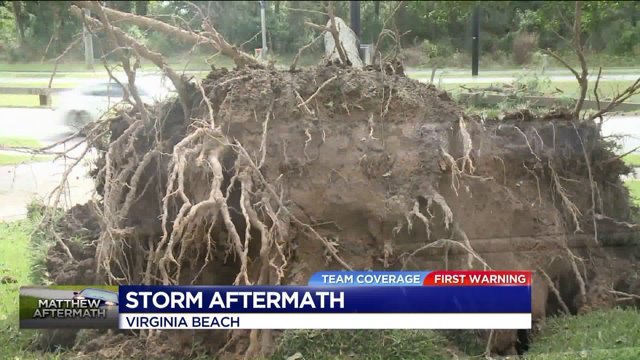 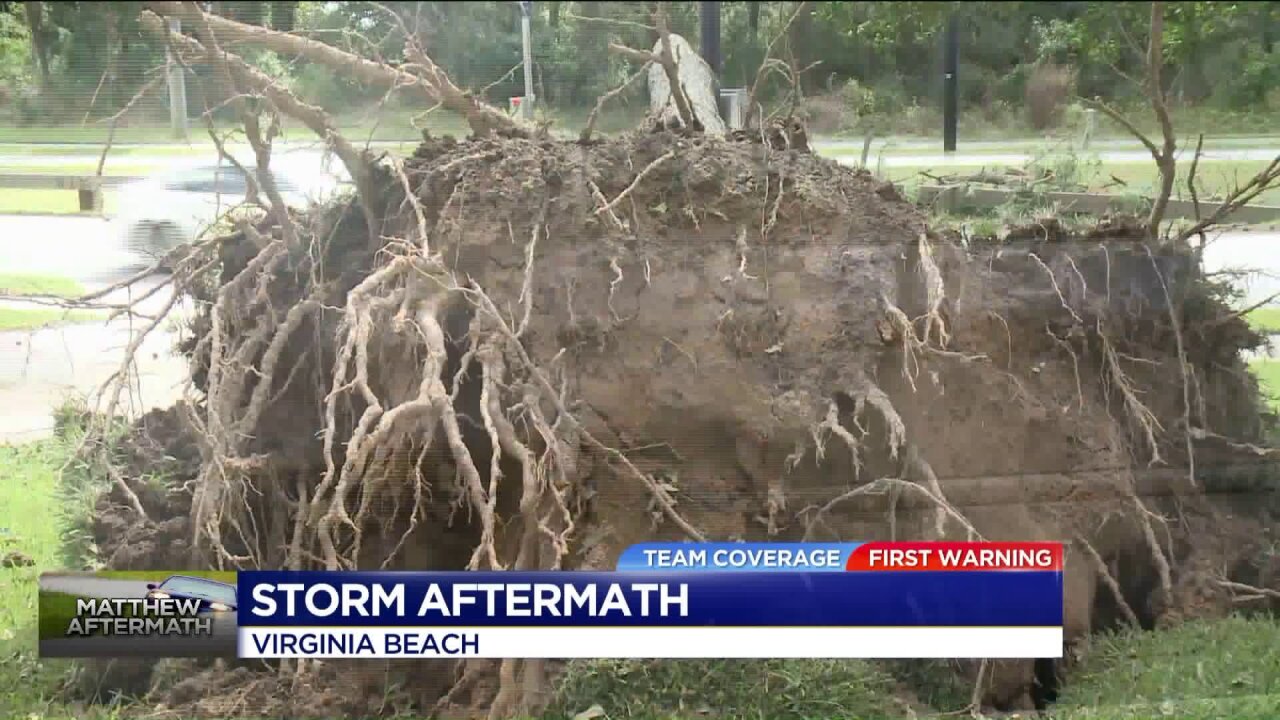 The sight is enough to make marine Gil Sawyer think a lot about timing.

"The big book says there's a time for everything. I guess it was time for that tree to go," he said.

The timing ended up being perfect. The tree landed on Shore Drive around 5 a.m. Sunday, but no one was driving at the time.

"When this happened, luckily no one was in the way. No cars, no nothing, just simply a big tree that fell over," Sawyer told News 3.

But there were two men headed up Shore Drive to the Eastern Shore. They needed to get around the tree.

"They were like, 'here we are, we are young and energetic. We need a chainsaw. Next thing I know, they were whacking it up," he said.

They went at it for an hour, removing branches and leaving them in the median.

Eventually, the lanes were cleared, and the two men kept on their way.

"It gives you faith in everything. It's like here are two good Samaritans. Like where the heck did you guys come from? But they were there," Sawyer added.

They were there at the perfect time.