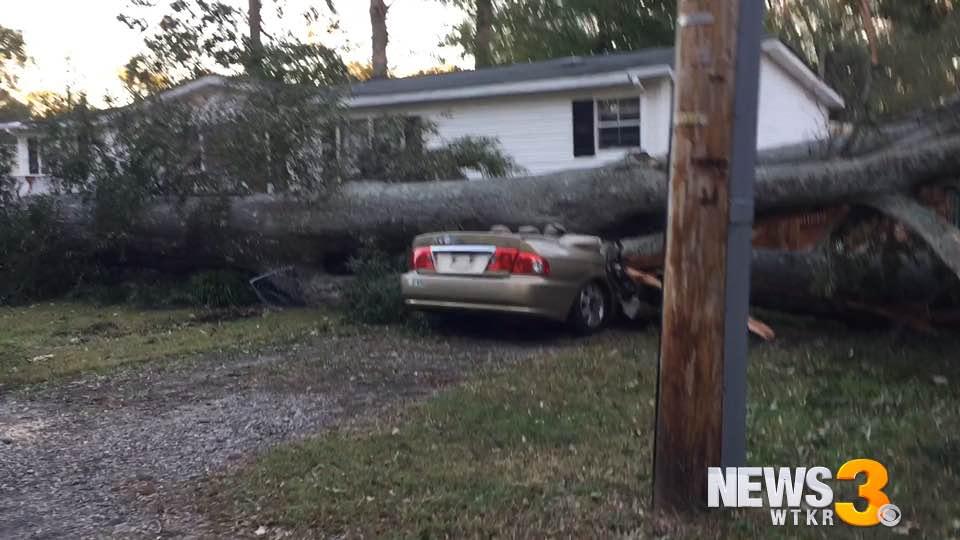 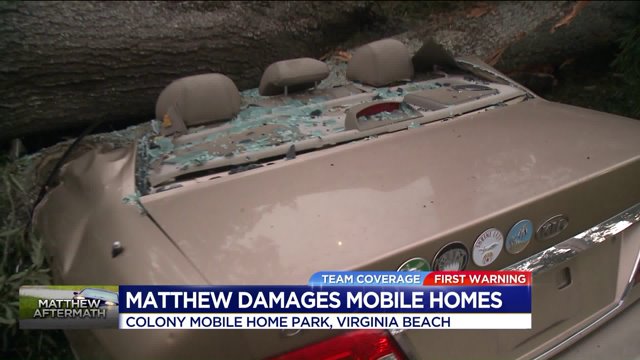 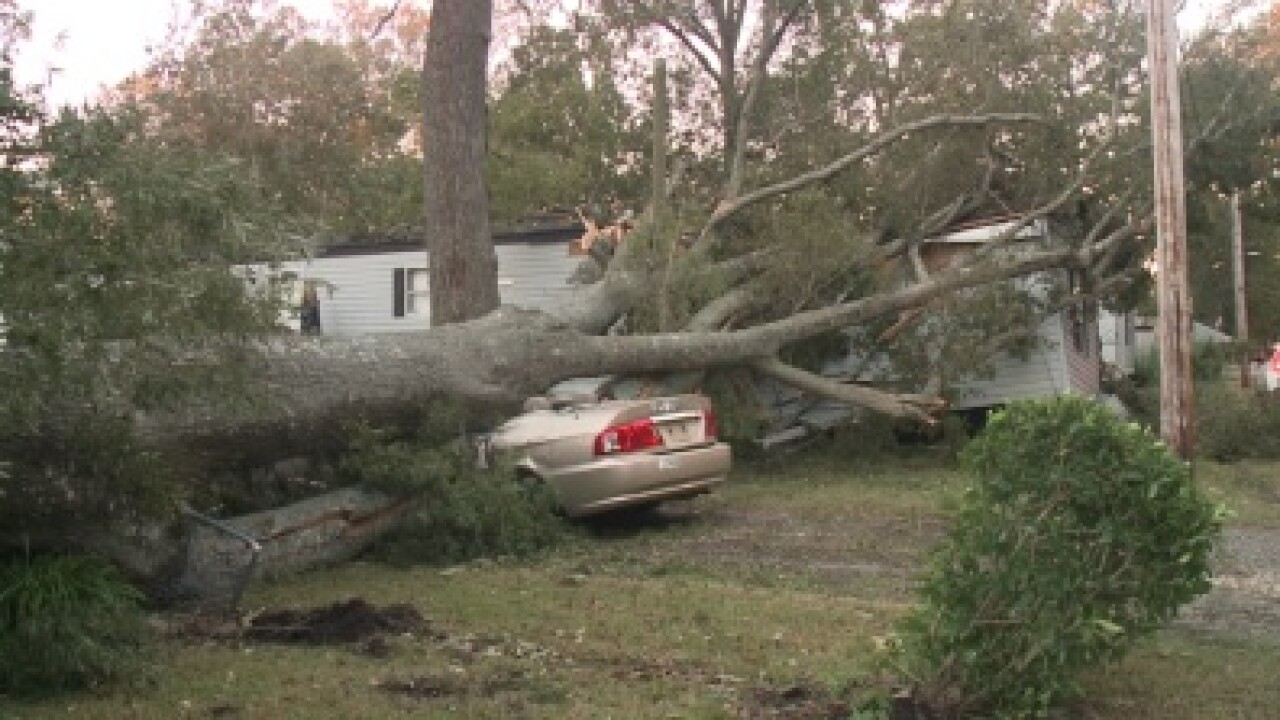 VIRGINIA BEACH, Va. - Several homes and cars were destroyed throughout the Colony Mobile Home Park, off of Virginia Beach Boulevard.

The strong winds combined with the already saturated ground made the community the perfect recipe for devastation.

While several homes were deemed unsafe for living, families that News 3 spoke with say there were no injuries as a result of the damage.

One fallen tree completely split a family's mobile home in half.

"I'm thankful that I'm alive," says Karen Figureoa. "It was in a direction originally that it was about to go in our bedroom, so I thank God that he changed the direction."

The tree just missed where Karen, her husband, and two young children were sleeping.

They left the home, where they have lived for three years, on Monday night to go stay with relatives.

"It's incredible from one day to the other you can lose everything," she says. "It is difficult to say goodbye to the house you were living in."

As the community works to rebuild, even those who escaped the damage still have to deal with another night without electricity.