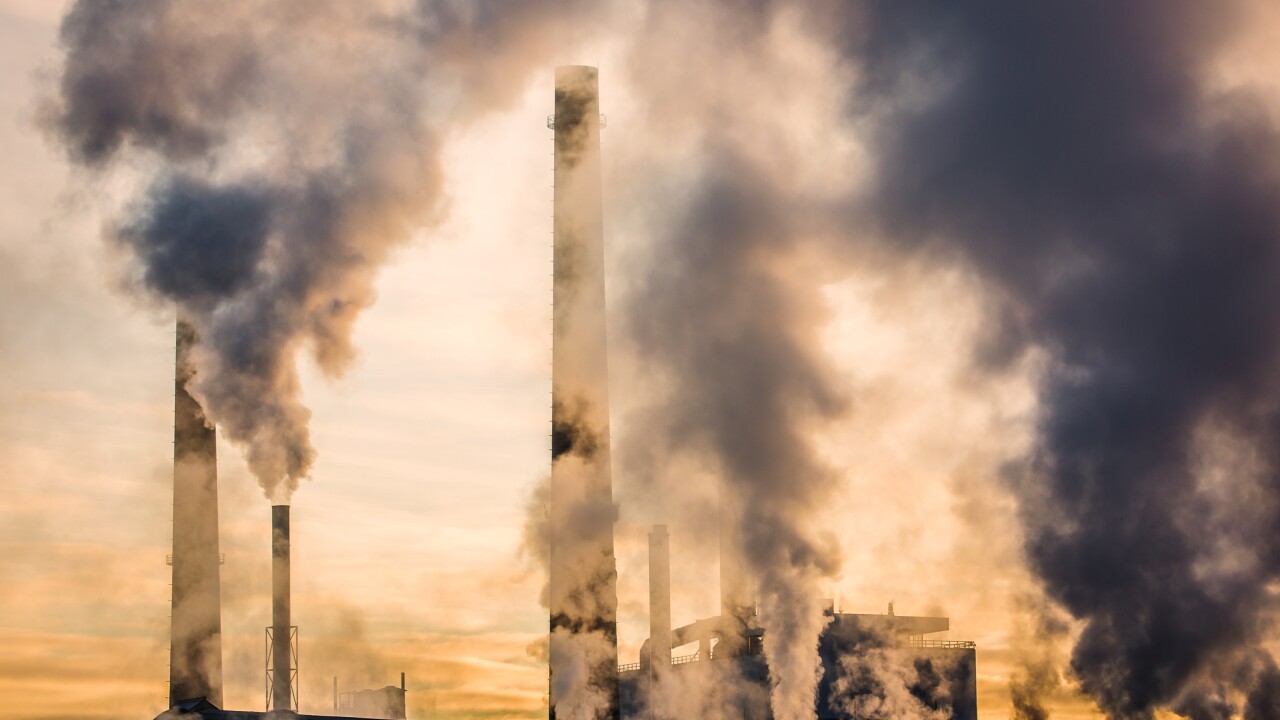 Among the many (many, many, many) differences between Hillary Clinton and Donald Trump, one of the most consequential is this: Clinton says she would support the terms of the landmark UN Paris Agreement on climate change; Trump says he would “cancel” it.

That agreement, which this week was ratified by enough countries to become international law, calls for the world to become carbon neutral this century. Basically that means no fossil fuel pollution, or none we don’t figure out how to slurp out of the atmosphere. That’s a lofty and critical goal if we want cities like New York and New Orleans to survive the onslaught of rising seas, and if we want future generations to inherit a habitable planet.

A President Trump could try to throw all of that out of whack. But he couldn’t “cancel” the Paris Agreement, as he’s promised to — at least not right away, and not after this week’s news.

Here’s why: As of Friday, the Paris Agreement — which calls for this zeroing-out of net carbon pollution by the end of the century — had been ratified by 75 parties, including China, the United States and India, the top three polluters. Those 75 parties represent 58.85% of all global greenhouse gas emissions, according to the World Resources Institute. Both of those numbers are critical because the Paris Agreement “comes into force” — basically, becomes international law — 30 days after at least 55 countries representing at least 55% of emissions have ratified it.

This week, the accord crossed those thresholds.

“This gives us the best possible shot to save the one planet we’ve got,” President Barack Obama said Wednesday.

(See what he did with that rhyme, there?)

I know most attention in the United States is squarely focused on the presidential election — and that most election conversations are about the horse race and Trumpisms, not climate.

But this milestone is huge news.

After the agreement enters into force, a party must wait three years before it can ask to withdraw. Then, after that, there’s a one-year delay before the withdrawal actually takes effect.

That may make the Paris Agreement sound “Trump-proof.” But John Upton, a senior science writer at Climate Central, has found two reasons for concern. Upton talked with legal experts who said Trump could keep the United States in the treaty but simply fail to meet any of its terms. It’s unclear whether the United Nations could force him to do anything, and Trump has proposed disbanding the Environmental Protection Agency, for example, which oversees many environmental regulations.

Or he might be able to get out of the Paris Agreement by pulling out of another treaty that provides the basis for the process. Trump likely could withdraw from that 1992 accord, called the UN Framework Convention on Climate Change (UNFCCC), without the Senate’s approval, Upton writes.

“The US could withdraw from the UNFCCC with one year’s notice, which would also effectuate a withdrawal from the (Paris agreement),” Arizona State University law professor Dan Bodansky told him.

The true strength of the Paris Agreement, in my view, is that it sets a tangible goal for climate policy: Limit warming “well below” 2 degrees Celsius, which is measured as a temperature increase since the industrial revolution.

And underlying that goal: Eliminate all net carbon pollution by 2100.

(The legalese in the the text of the agreement says the goal is “to achieve a balance between anthropogenic emissions by sources and removals by sinks of greenhouse gases in the second half of this century.” But that essentially means zero net carbon emissions.)

Every policy should be measured against that yardstick. Should Country X build a new coal-fired power plant? No, because we currently don’t have technology to pull carbon pollution out of the atmosphere at an industrial scale. Should roads and highways in Country Y get a massive upgrade? Maybe not without proper bike lanes and public transit.

The harsh realities of climate change — and an understanding that the world needs to move rapidly to zero net emissions — explain in part the widespread public opposition to fossil fuel pipeline projects in the central United States, as well as to airport upgrades in London and to coal export facilities in Australia. People at these protests realize a scattering of fossil fuel projects all over the world could add up to big changes in the global temperature, especially in the very long term.

A weakness: The agreement relies on voluntary pollution-reduction pledges from its members. And if you add all of those up, as they stand, we can expect to warm the atmosphere by 2.7 degrees Celsius — an unacceptable amount.

Also, while the parties are required to come back to the table to ratchet up their climate ambitions, they are not legally bound to cut pollution by a certain amount in a certain timeframe. It’s an agreement described as bottom-up, meaning countries devise their own plans and, to some extent, are responsible for carrying them out. The terms of the Paris Agreement require reporting and transparency, but it’s unclear if the treaty could be used to punish countries for polluting too much.

Still, the Paris Agreement creates the framework for shoving the world out of the fossil fuel era.

The fact that the world agrees on that bold goal should be cause for celebration.