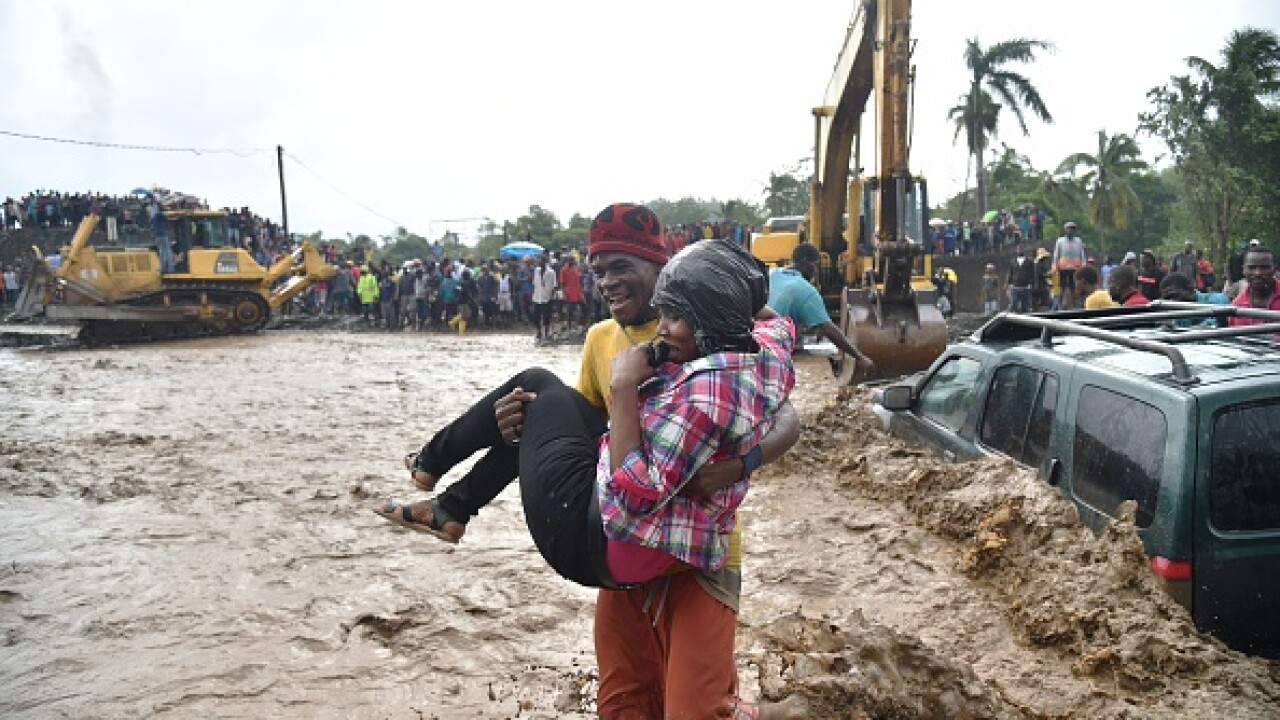 A woman is carried across the river La Digue in Petit Goave where the bridge collapsed during the rains of the Hurricane Matthew, southwest of Port-au-Prince, October 5, 2016. Haiti and the eastern tip of Cuba — blasted by Matthew on October 4, 2016 — began the messy and probably grim task of assessing the storm’s toll. Matthew hit them as a Category Four hurricane but has since been downgraded to three, on a scale of five, by the US National Hurricane Center. (Photo credit HECTOR RETAMAL/AFP/Getty Images) 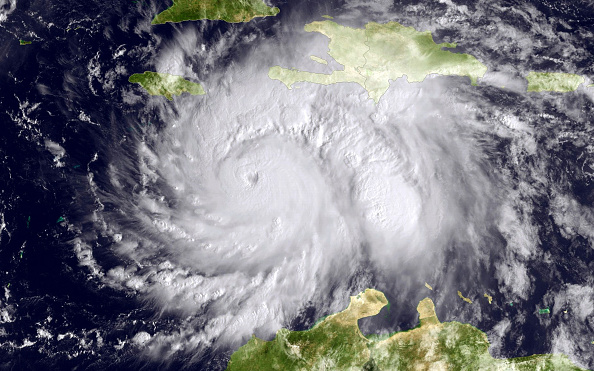 Rescue workers in Haiti warned Thursday that the death toll from Hurricane Matthew could rise as they worked to establish the full extent of the damage.

“The most concerning thing is we really don’t have a full picture. We don’t have all the information we need in order to see how bad it is,” said Christy Delafield, a communications officer with Mercy Corps, a global humanitarian aid agency.

“This is due to a bridge being out,” she said. “There have been landslides and the cell phone service has been unreliable. We need to get to the south of the country,” she added.

Matthew made landfall in Haiti as a Category 4 hurricane on Tuesday. At least 108 people have been confirmed dead.

On Thursday, Civil Protection Service spokesman Joseph Edgard Celestin said the death toll does not take into account potential loss of life in the far southwest of the country, which has not been assessed due to “communication issues.”

The hurricane exacted a heavy toll on the country’s infrastructure, agriculture, and houses.

An estimated 350,000 people have been affected, with 15,623 displaced people living in shelters, according to officials.

In southern Haiti, winds of 125 mph (200 kph) destroyed homes, flooded villages and cut off the island from the rest of the country.

On Thursday, the bridge, which spans the Rivière la Digue in Petit-Goâve, southwest of the capital, became partially passable as the waters subsided.

“Some vehicles are going over it but the number that can do that is very limited,” Delafield said. “Our team are going to have a go today.”

She said Port-au-Prince, in northern Haiti, has not suffered such bad damage as the south, although some neighborhoods on the outskirts of the city have been flooded.

The poorest of the poor are suffering

Dave Brodsky, president of Chanje Movement, a California-based church partnership that has been working in Haiti since the 2010 earthquake, said the “poorest of the poor” have been worst hit by flooding.

“A lot of the homes here are just leveled with layers of mud and there are sanitation issues because the standing water is mixing with human waste and animal waste,” he said speaking to CNN from Croix-des-Bouquets, a major suburb to the north east of the capital.

“About 10% of the homes have been destroyed in Croix-des-Bouquets and about 50% damaged. The rain and the mud caused them to collapse.”

He said the homeless are seeking shelter with friends and families.

“People here really are most concerned for their relatives and friends who are in the south,” he added.

Kevin Novotny, country director for Save the Children in Haiti, said the coastal cities of Jeremie and Les Cayes “have borne the brunt.”

“We have an office in between the two of those. It was in a forested area. Now very few trees are standing there.

“In Les Cayes staff did a tour Wednesday, a lot of houses are destroyed there. Anything with a tin roof lost it.”

Major flooding, landslides and damage to a hospital have also been reported in Les Cayes.

UNICEF said on Wednesday that Haiti is facing the largest humanitarian event since the devastating earthquake six years ago which killed at least 220,000 and left 1.5 million people displaced and 300,000 injured. Tens of thousands were still living in makeshift homes after the earthquake when the hurricane hit.

“Identifying who needs what, that’s the challenge now,” Yvetot Goui, a journalist based in Port-au-Prince told CNN.

“Every minute and hour we’re hearing something new, but rescuers will need to go town-to-town to judge the extent of the damage.”