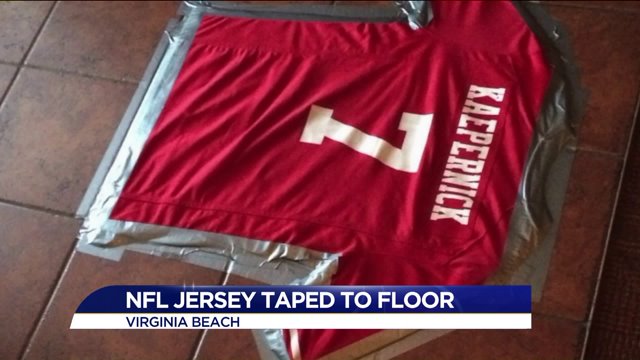 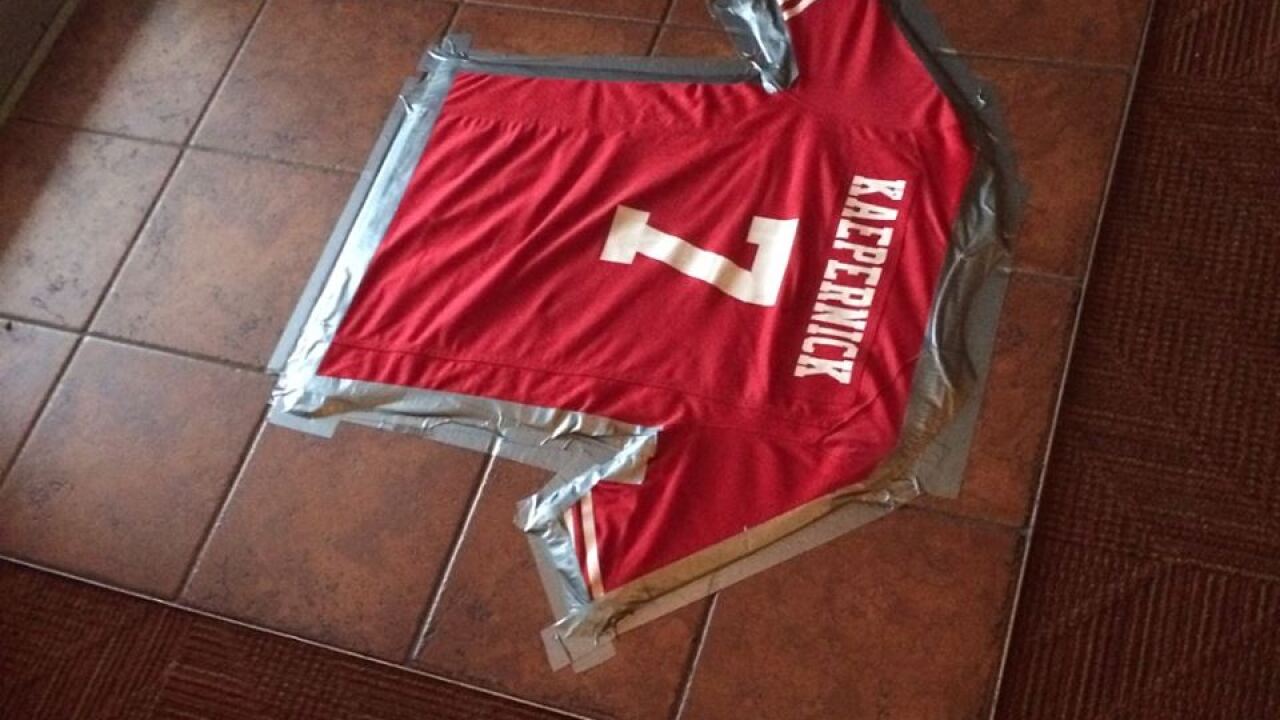 Virginia Beach resident James Perry said he walked into Krossroads Rock and Country Bar in the Pleasant Valley Shopping Center Thursday and saw the jersey at the front entrance.

“What went through my mind was like 'Wow, is this real or is it a joke?' How would you feel if someone taped a police officer’s uniform down?" Perry asked.

Saturday, he took to social media posting this status:

But some customers are standing by the Krossroads.

“I was not offended by that," Carol Bevilacqua said. "I think we live in a free country. I think people are allowed to do what they want.”

News 3 spoke with the general manager of the bar.

He told us taping the jersey down was about sportsmanship and Kaepernick's disrespect of the flag - not race.

Whatever the reason, Perry says the bar has now lost a longtime customer.