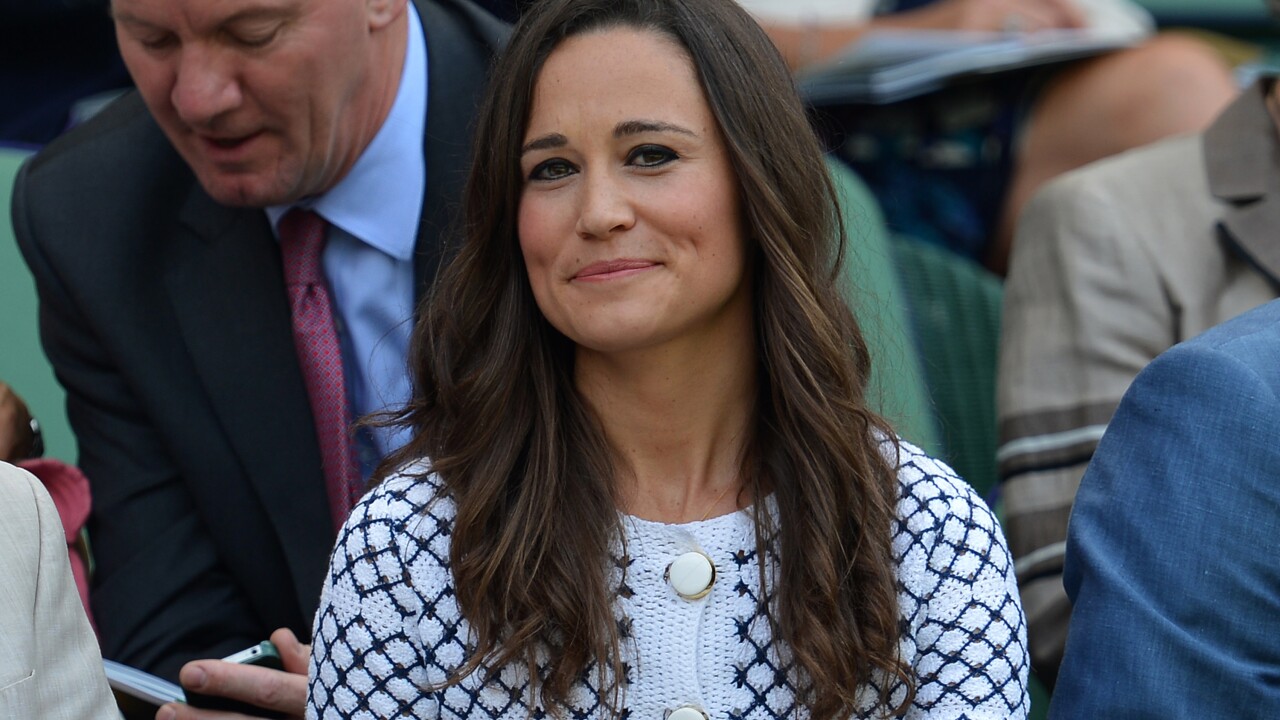 Pippa Middleton (C) sister of Britain’s Catherine Duchess of Cambridge, sits in the Royal Box on Centre Court on day four of the 2012 Wimbledon Championships tennis tournament at the All England Tennis Club in Wimbledon, southwest London, on June 28, 2012. AFP PHOTO / MIGUEL MEDINA RESTRICTED TO EDITORIAL USE (Photo credit should read MIGUEL MEDINA/AFP/GettyImages)

There has been an arrest in the reported hacking of the iCloud account of Pippa Middleton, the sister of the Duchess of Cambridge, London’s Metropolitan Police Service said late Saturday.

The man was arrested on suspicion of a Computer Misuse Act offense, and he is now in custody at the south London police station, the Met Police said.

Images of Kate Middleton and her children, Prince George and Princess Charlotte, were reportedly among some 3,000 images stolen when the account was hacked, according to Britain’s Press Association news agency.

Both Britain’s Sun and Daily Mail newspapers reported that an anonymous seller contacted them and offered the images for sale.

The Sun said the cyber thief — who got in touch via an encrypted messaging service and used the pseudonym “Crafty Cockney” — claimed to have images that also included Pippa Middleton at a wedding dress fitting and nude photos of her fiance, financier James Matthews.

“This isnt (sic) an auction it will be a simple process of the highest bid,” the seller reportedly said.

Kensington Palace has given no comment on the reported cyber theft.

London’s Metropolitan Police Service confirmed Saturday that it had received a report concerning the alleged hacking of a personal iCloud account a day earlier.

Middleton announced her engagement to Matthews in July. They plan to marry next year.

She was a bridesmaid at the royal couple’s wedding at Westminster Abbey in April 2011 and garnered her own headlines with an eye-catching gown.

William and Kate have sought to protect the privacy of their children in an attempt to give them as normal a childhood as possible. The royal couple has released only a limited number of photos of the children.

It’s not the first time that hackers have targeted Apple’s popular iCloud online data backup service in search of images. In 2014, a hacker leaked a series of pictures showing Hollywood star Jennifer Lawrence and other female celebrities in the nude.