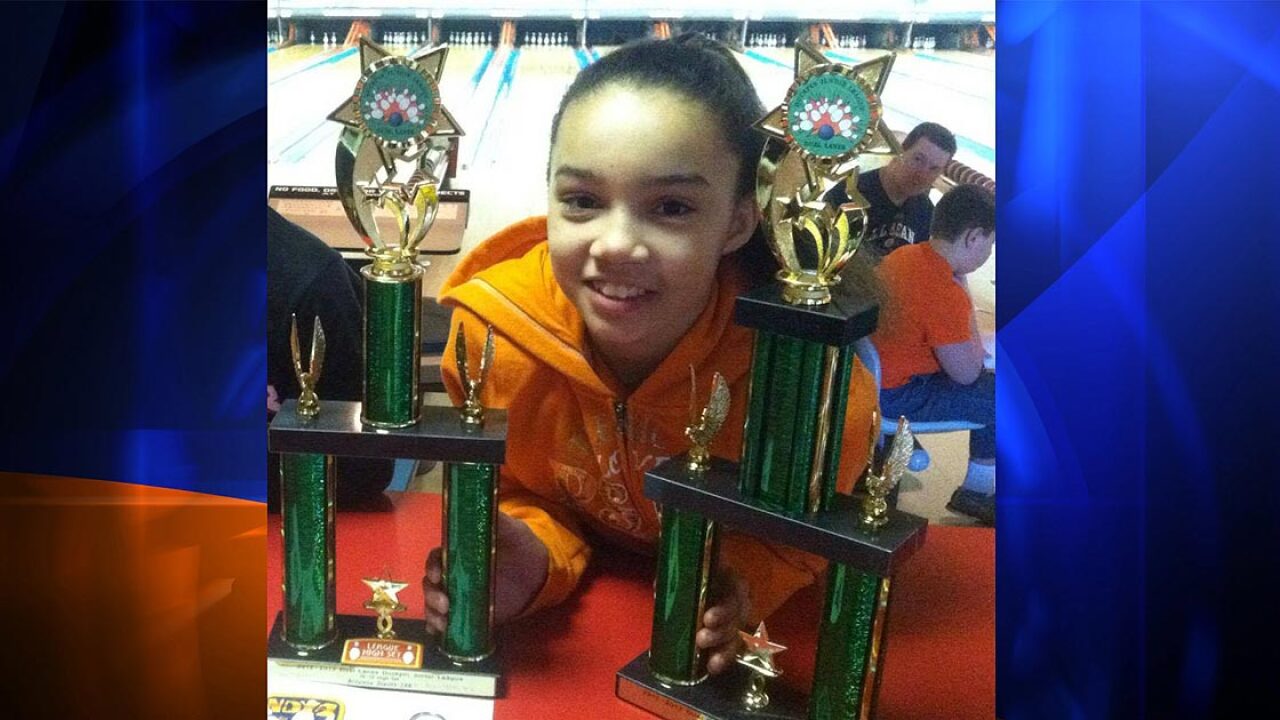 HAGERSTOWN, Md. - Body-camera videos of police pepper-spraying a 15-year-old girl in Maryland have touched off an uproar.

Police released the two videos to the public Thursday and have defended their actions, while the girl's family and their attorney said at a news conference that the young woman had been mistreated by cops.

The incident began Sunday when Hagerstown police officers received a 911 call that a bicyclist hit a car, according to police.

One of the videos shows the girl walking away from police and then attempting to ride away on her bike before she was then pulled back by one officer.

"Get off of me!" the girl cried repeatedly, as she struggled with the officer for several minutes before two cops lifted her up and put her in the back of a police car.

The videos show passersby watching as officers repeatedly told the girl, who was handcuffed, "you are going to get sprayed," and ordered her to put her feet inside the patrol car.

The girl continued to scream until an officer pepper-sprayed her through the open car window and another officer closed the door.

"I can't breathe," cried the girl, who is not being identified by CNN.

Her lawyer said she was sprayed four times, while the police chief said it was once.

The attorney, Robin Ficker, posted a video taken by a witness on the scene, and the lawyer included the following a message on Facebook:

"This little girl, 5 ft. 105 lbs, was brutalized by Hagerstown police after, she, on her bike, was hit by a car, but refused medical treatment. They slammed her against a wall, arrested her for refusing treatment, maced her 4 times in the police car while handcuffed, and took her to the police station instead of the hospital!"

Hagerstown Police Chief Victor Brito strongly defended the actions of the officers in a news conference Thursday, saying the girl had become "assaultive" and "combative" and would not cooperate with police. She can be heard on the videos cursing at the officers.

Click here to watch the video posted by the Hagerstown Police Department of this incident from an officer's body camera.

The cops told her they wanted to contact her parents, but she wouldn't give them any information.

"Every time we use a level of force, regardless whether we are justified or not, we lose," Brito told reporters.

The police chief said the officers had tried to deescalate the situation and recognized that pepper-spraying the teen did not "look great" for law enforcement, but was necessary as a last resort.

The girl, her mother, and Ficker spoke to reporters to express anger with the actions of the police, which led to demonstrations in the city and ignited a storm on social media.

"The cops knew she might not be OK, but they didn't treat her that way," Ficker said.

When asked by a reporter if the teen acted appropriately in dealing with the police, the girl's mother suggested that the situation "could have been handled better (by her daughter)," but added: "I don't know that she was even in the right frame of mind."

"You don't take a 15-year-old child, and put them in handcuffs, and shut a door, and mace them four times," said the girl's mother. "Why was she not transported to the hospital? Why?"

Police said the girl refused medical treatment at the scene.

The teen was later charged with disorderly conduct, assault and possession of marijuana, according to police.