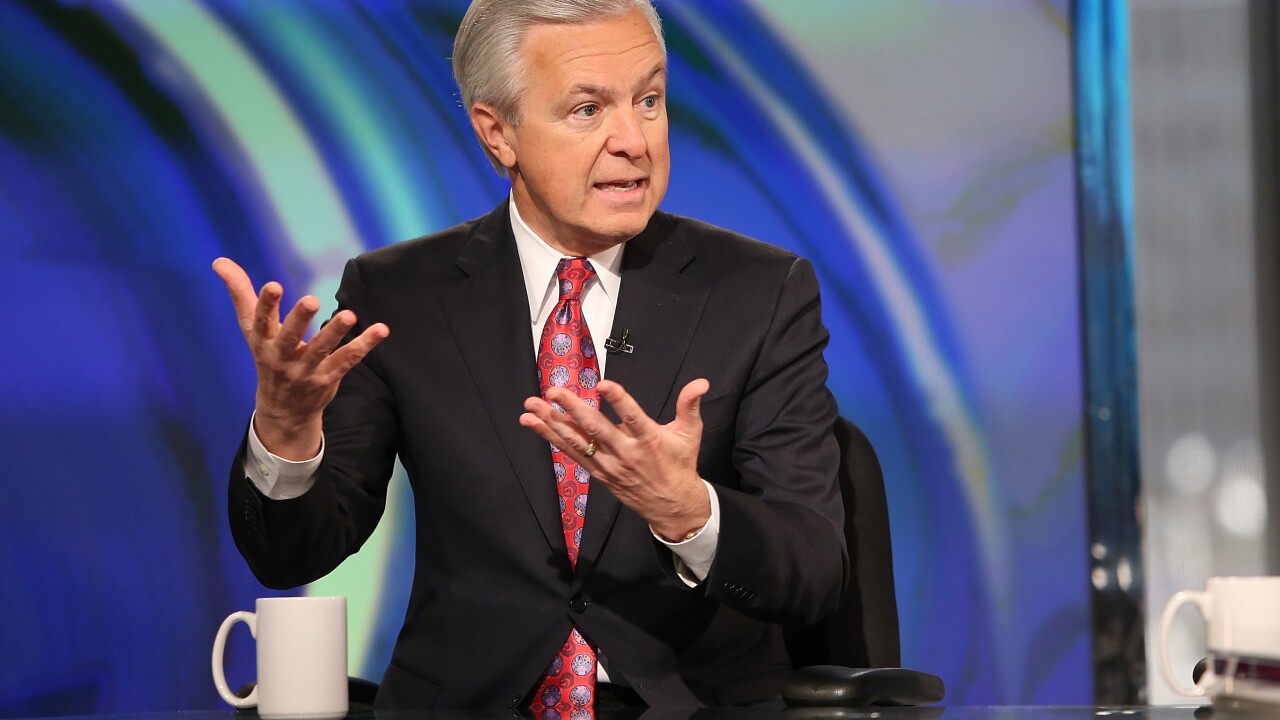 In testimony to the Senate Banking Committee Tuesday, Stumpf also said the bank plans to expand the internal review of accounts and refund process by two years, starting in 2009 now.

The Wells Fargo CEO said the scandal pains him more than any problem faced by the bank in his 35 years there, and that he accepts responsibility.

“I am deeply sorry that we failed to fulfill our responsibility to our customers, to our team members, and to the American public,” he said in his prepared remarks.

“I do want to make very clear that there was no orchestrated effort, or scheme as some have called it, by the company,” he said.

Wells Fargo employees have said they were pressured to meet unrealistic sales goals and that they opened the bogus accounts so they wouldn’t lose their jobs.

Stumpf said the fake accounts cost the bank both money and satisfied customers. He said the scandal goes against “our values, ethics and culture and runs counter to our business strategy.”

Stumpf has refused to step down, despite calls for him to do so. He is likely to face harsh criticism from banking committee members.

Senator Elizabeth Warren, a member of the committee, has called the scandal a “staggering fraud.” She has said that if Stumpf and other top management really did not know the scope of the scandal, “that tells me this is simply a bank that is too big to manage.”

Stumpf told the committee that the bank fired 5,300 employees involved in the fake accounts starting in 2011, not in response to the Consumer Financial Protection Bureau, which revealed the scandal earlier this month.

Jaret Seiberg, an analyst at Cowen & Company, said Stumpf’s testimony is unlikely to satisfy either Democrats or Republicans. He said Wells Fargo has admitted it was aware of the problem since at least 2011, but was evidently unable to stop it despite increasingly aggressive steps to do so.

That suggests “employees believed the aggressive cross-selling was required to stay employed,” Seiberg wrote in a report.

“There is tremendous pressure on Justice to bring criminal charges against bankers. That is why the stakes are so high here for Wells Fargo,” Seiberg wrote.

Also due to testify at the hearing are two regulators: Richard Cordray, director of the consumer bureau, which fined Wells $185 million, and Tom Curry, the U.S. comptroller of the currency, which oversees the bank. Also testifying will be James Clark, the deputy Los Angeles city attorney who brought the lawsuit that helped bring the scandal to light.