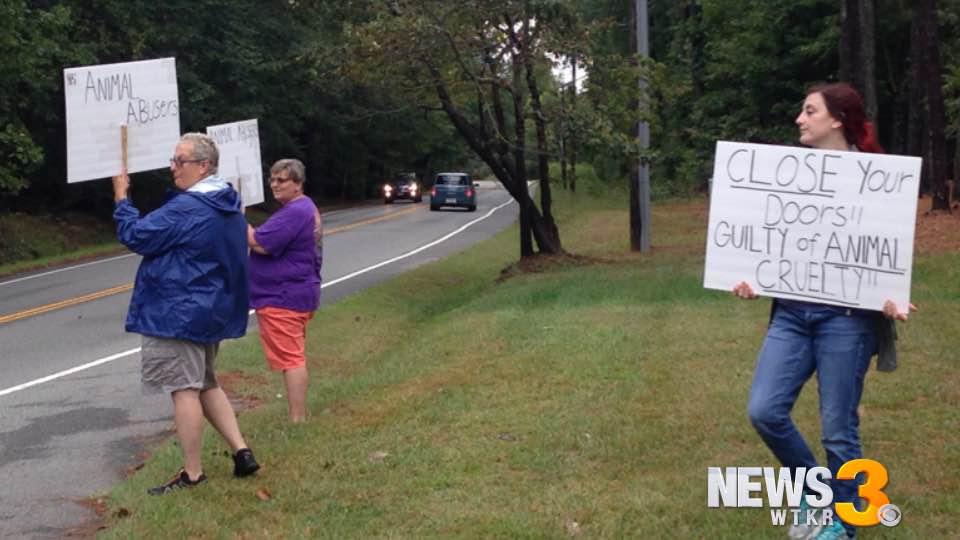 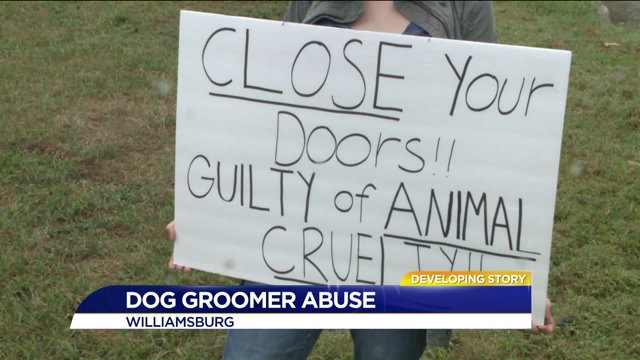 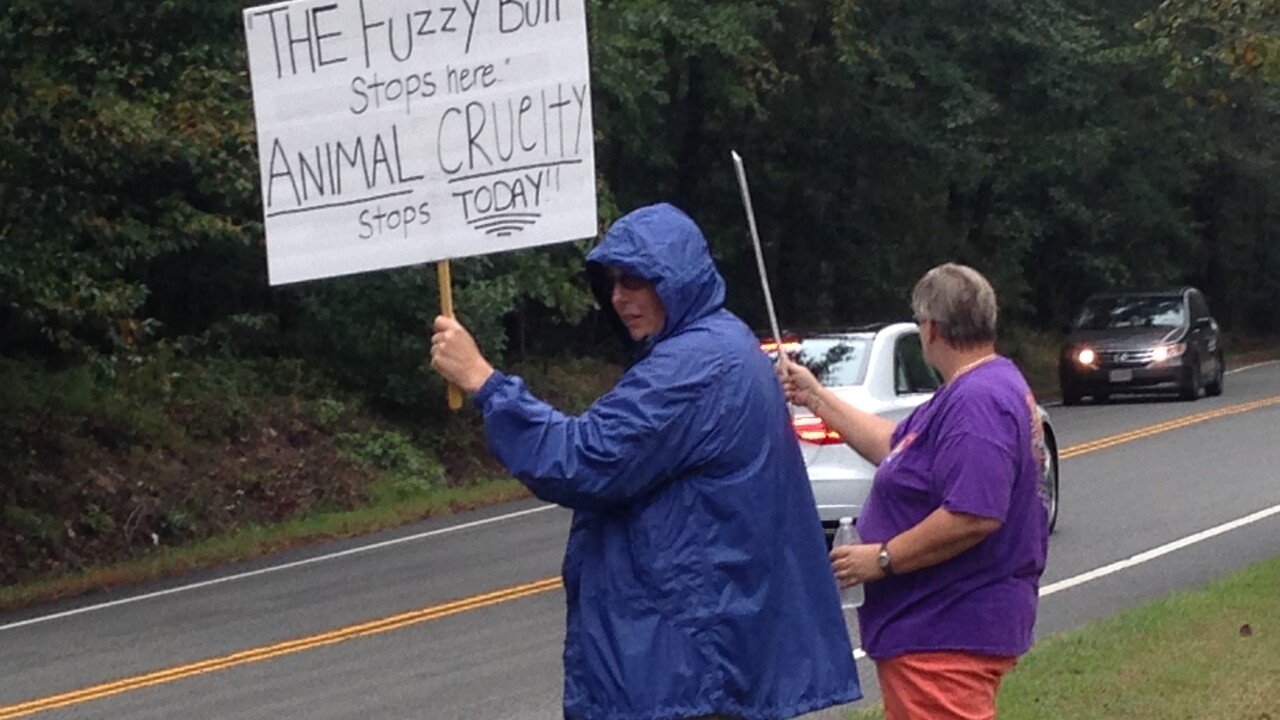 WILLIAMSBURG, Va. - A group of protesters stood in the rain Tuesday morning to protest "The Fuzzy Butt Stops Here" grooming salon in Williamsburg.

Mironda Henning, an owner of the business, was charged with animal cruelty in August. Police say a former employee of the groomer secretly recorded Henning roughly treating a client's dog. Court documents say the cruelty happened in May while Henning was grooming a white cockapoo named Gidget. Henning was found guilty of animal cruelty in August and had to pay a $1,000 fine.

Several days ago the video of Henning roughly handling the dog was posted on social media.

After watching the video, Barbara Morris said she didn't feel Henning's punishment was enough, so she organized a protest outside of the business Tuesday morning. Several people joined Morris on Tuesday in the rain including one woman who says she took her dog to the business and it came back traumatized.