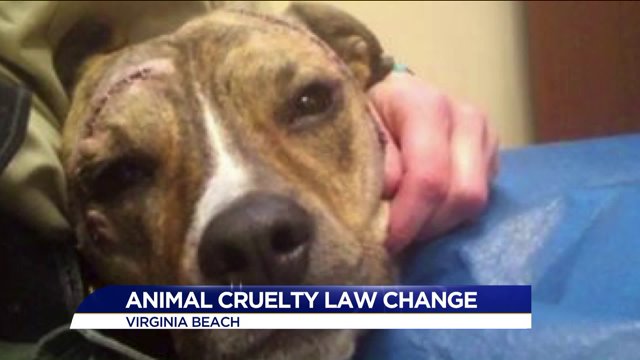 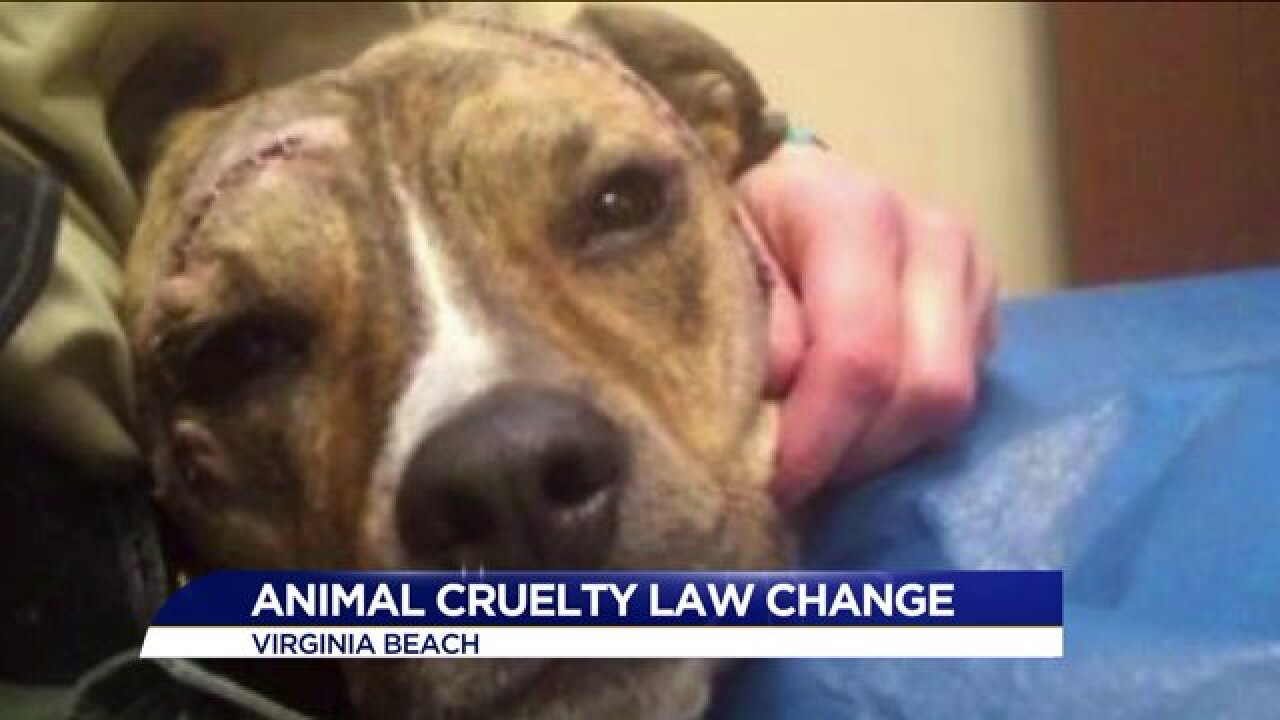 VIRGINIA BEACH, Va. - Sugar is a dog that likes swimming and playing with sticks, but earlier this year her owner attacked her with a machete, leading to stitches. The owner was charged with a misdemeanor. Virginia Beach City Councilman Jim Wood says that's not enough.

"Somebody who is evil enough to attack a dog with a machete to only get a misdemeanor - I think that person should be convicted of a felony and they should be punished accordingly," Wood said.

The incident happened earlier this year. Wood heard about it during a meeting and it's stuck with him ever since. He's now asking the state legislature to change the law, so vicious attacks on pets are felonies.

"The police lieutenant who's responsible for managing animal control said, This is only a misdemeanor. This is all we could prosecute him for,'" Wood recounted. "I thought, 'That's completely wrong.'"

He's hoping the General Assembly will take on the issue during its session early next year. He says the law right now says people can only be charged with felonies if the animal dies or the person has been convicted of the same crime within five years.

In Sugar's case, her owner was sentenced to jail, but Wood says he should also have to deal with the consequences of being a felon.

"When you take a look at the severity of the crime and the very lax punishment, it just doesn't seem that it's a deterrent like it should be," Wood said.

Wood says if the General Assembly does consider the law there will likely be some push back from more rural areas. He says they are more likely to be against animal regulations.

Sugar, now called Brieanna, is in foster care in the Richmond area.