US official: Navy aircraft threatened with shoot down by Iran 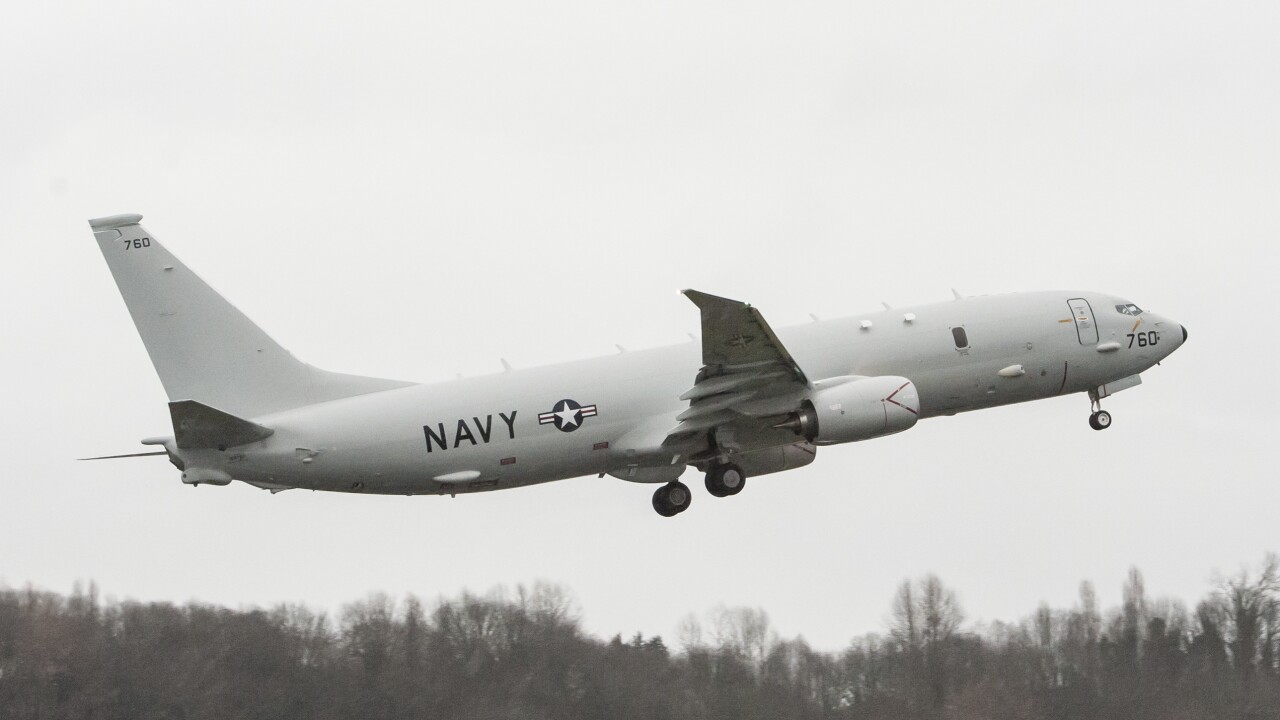 P-8A Poseidon aircraft No. 760 takes off from a Boeing facility in Seattle, Wash., for delivery to fleet operators in Jacksonville, Fla., marking the 20th overall production P-8A aircraft for the U.S. Navy. This 20th overall delivery will help the U.S. Navy prepare the next squadron transition to the P-8A from the P-3C Orion. The second fully operational P-8A squadron is deployed to the U.S. 7th Fleet area of responsibility. (U.S. Navy photo courtesy of Boeing Defense/Released)

Iran threatened to shoot down two US Navy aircraft over the weekend as they were flying just inside the Strait of Hormuz, a US defense official said.

P-8A Poseidon aircraft No. 760 takes off from a Boeing facility in Seattle, Wash.(U.S. Navy photo courtesy of Boeing Defense/Released)

The EP-3 and P-8 planes were in international airspace but “near Iranian airspace.”

The Iranians made three radio calls to the two planes warning them not to enter Iranian airspace and risk being shot down with surface-to-air missiles, the official said.

The US Navy crews knew they were flying “outside the known range of Iranian air defenses” and proceeded with their flight plans.

The American crews “responded in an appropriate and calm manner,” the official said, adding that the crews identified their planes themselves as coalition aircraft flying in international airspace.

The two planes — reconnaissance aircraft that routinely fly that flight pattern in the Strait of Hormuz — were on separate flight plans, but close to each other.

Also, senior US military officials are trying to assess whether the number of incidents with the Iranians have increased or whether more incidents are simply being reported by US naval commanders in the region because of the sensitivity to Iranian incidents.