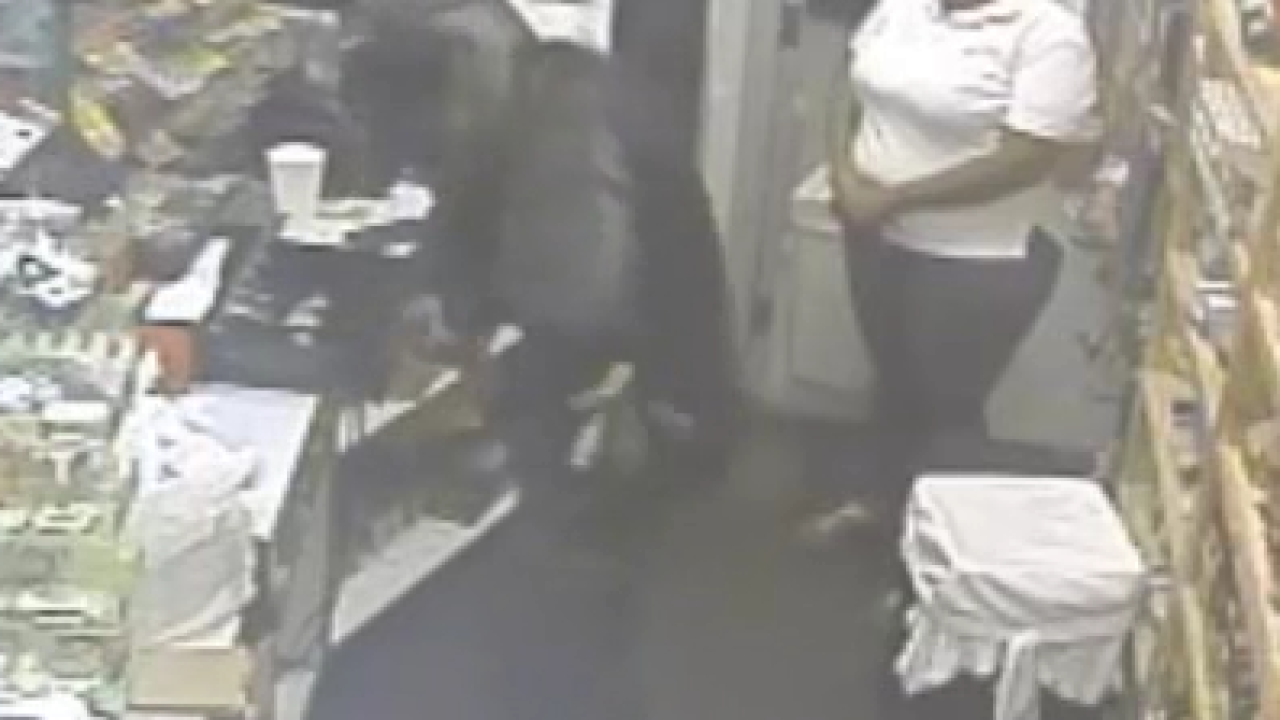 Police say the man walked into the store just before 7:30 p.m. and pulled out his gun. A customer was at the register making a purchase when the man came into the store. The robber demanded the man give him his wallet and forced the clerk to open the register. After he took the cash, he left the business and drove away in a red 1992 Chevrolet Blazer.

No one was injured in this incident.

The suspect is described as a black male, 6’0”-6’2”, about 45 years old with a slim build, scruffy appearance. He was wearing a black baseball hat, black hoodie, black pants, black shoes, black gloves and black/mirrored sunglasses. armed with a black semi-automatic handgun.  He exited the business and drove away in a red 1992, Chevrolet Blazer.

Police have found the vehicle, which was reported stolen.  Based on the stolen vehicle, discarded clothing in the vehicle and the manner of robbery, detectives believe the man is the suspect of recent serial robberies in Newport News.

Anyone with information is asked to call Crime Line at 1-888-LOCK-U-UP.