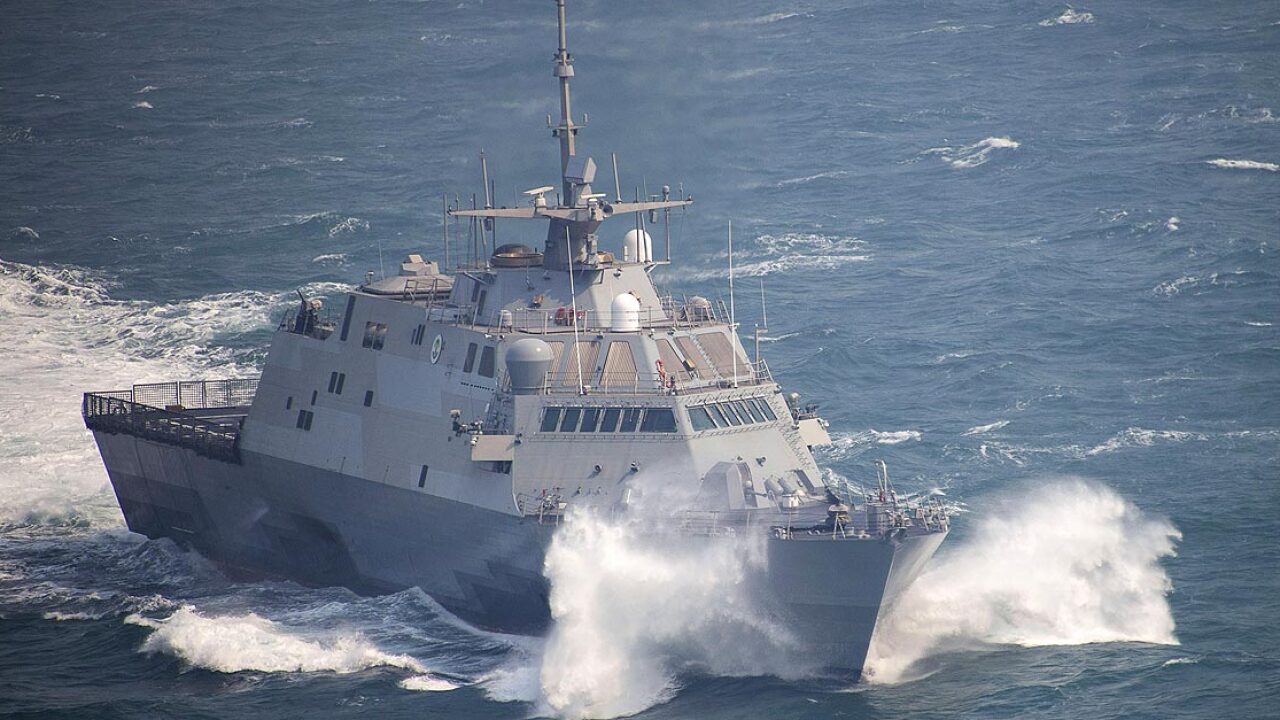 The littoral combat ship USS Fort Worth (LCS 3) during exercise Foal Eagle 2015. In theory, the drone is deployed from the LCS and should then identify mines and communicate information about their whereabouts to the ship in real time so the explosives can be avoided or destroyed. (U.S. Navy)

After a year of mechanical breakdowns plaguing its $360 million littoral combat ships, the US Navy has announced a major overhaul of the program that will include designating the first four of the ships as testing vessels and limiting their overseas deployments to emergencies.

The littoral combat ship USS Fort Worth (LCS 3) during exercise Foal Eagle 2015. In theory, the drone is deployed from the LCS and should then identify mines and communicate information about their whereabouts to the ship in real time so the explosives can be avoided or destroyed. (U.S. Navy)

The Navy’s announcement came less than two weeks after it revealed breakdowns in two of the ships, the USS Freedom (LCS 1) and USS Coronado (LCS 4). Those followed mechanical failures in the USS Fort Worth (LCS 3) and USS Milwaukee (LCS 5), all since December.

“The review was a comprehensive look at maintenance, training, and manning across the class — not limited to one ship or one incident. As with any new ship class, the Navy constantly looks for ways to improve employment and deployment of its ships,” she said.

The plan kicks off next year with the conversion of the first four littoral combat ships, Freedom, Fort Worth, Coronado and USS Independence (LCS 2) — into testing ships.

The review was ordered by Navy leaders in late February, shortly after the problems with the Fort Worth and the Milwaukee. The results were announced Thursday by Vice Adm. Tom Rowden, commander of Naval Surface Forces.

The new plan for the LCS, the first of which was commissioned in 2008, backs away from what the Navy had touted as “a bold departure from traditional Navy shipbuilding programs based on its use of innovative acquisition, construction, manning, training and operational concepts” and also includes some proven Navy concepts.

For instance, the original plans had three crews rotating through two ships, the goal being to keep the ships deployed for longer periods with fresh crews. The new plan has two crews assigned to each ship, with one deployed and one undergoing training ashore like the Navy does with its “blue” and “gold” submarine crews.

The Navy also said the new plan would have those crews focusing during a deployment on only one mission of the ships’ three missions — anti-submarine warfare, anti-surface warfare and mine countermeasures. Previously, the LCS were designed to be able to switch among those missions.

The plan means the Navy will have to add personnel, about 420 sailors, when it is fully implemented in 2023, Rowden told reporters. By that time, the Navy plans to have 28 littoral combat ships in the fleet, up from the six currently in service.

The exceptions to the blue-gold crew plans will be the four testing ships, which will be “manned with seasoned, experienced LCS sailors,” the Navy said. “… their main focus will be on system testing.”

Third breakdown in year for $360M US Navy combat ships