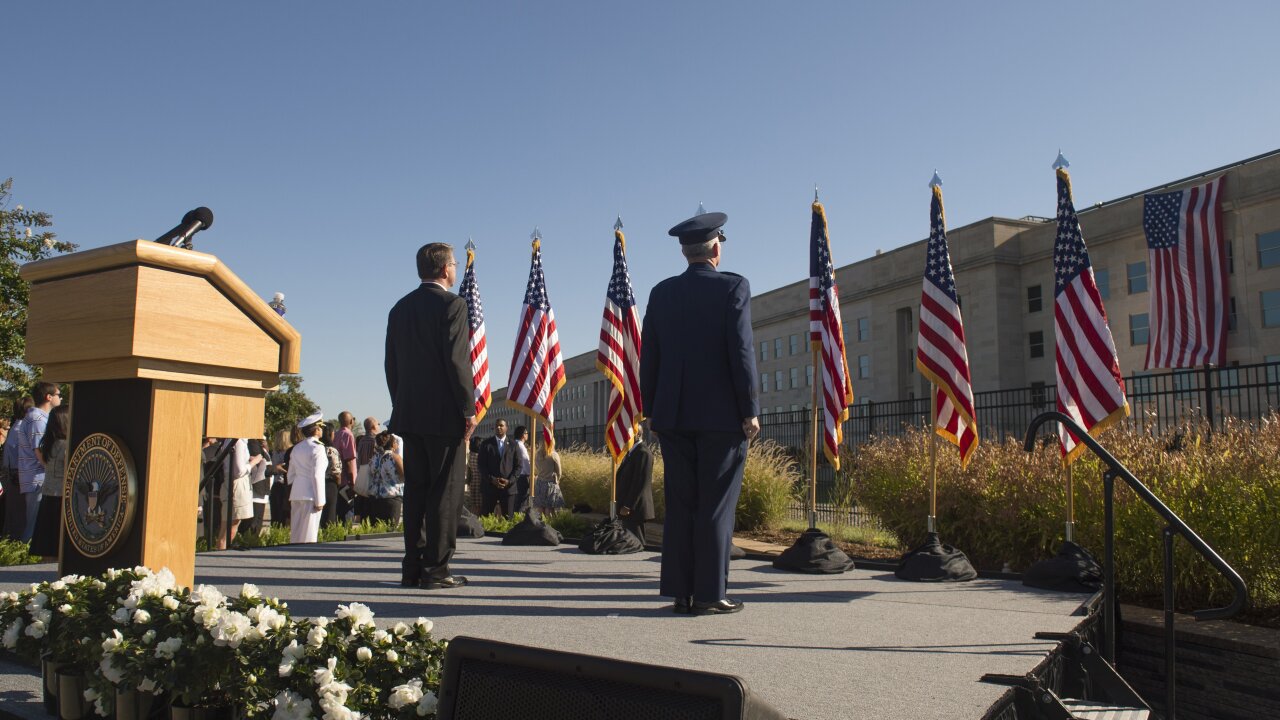 Defense Secretary Ash Carter and Air Force Gen. Paul Selva, vice chairman of the Joint Chiefs of Staff, face the flag that was placed on the Pentagon as they host a remembrance ceremony Sept. 11, 2015, at the Pentagon Memorial to honor the memory of those killed in the 9/11 terrorist attack. The ceremony was attended by family members who lost loved ones.

President Barack Obama will veto a bill that would allow terror victims of the attacks on September 11, 2001, to sue Saudi Arabia, the White House said Monday.

The White House had previously suggested Obama would not sign the bill when it first passed the Senate in May saying it would complicate diplomatic relations.

Earnest defended the administration’s stance against the bill saying it is not “an effective, forceful way for us to respond to terrorism.”

Lawmakers are expected to attempt to override the veto, and if successful, would mark the first time in Obama’s presidency.

Earnest said the bill — which passed the House unanimously on Friday — has not yet been presented to the President.