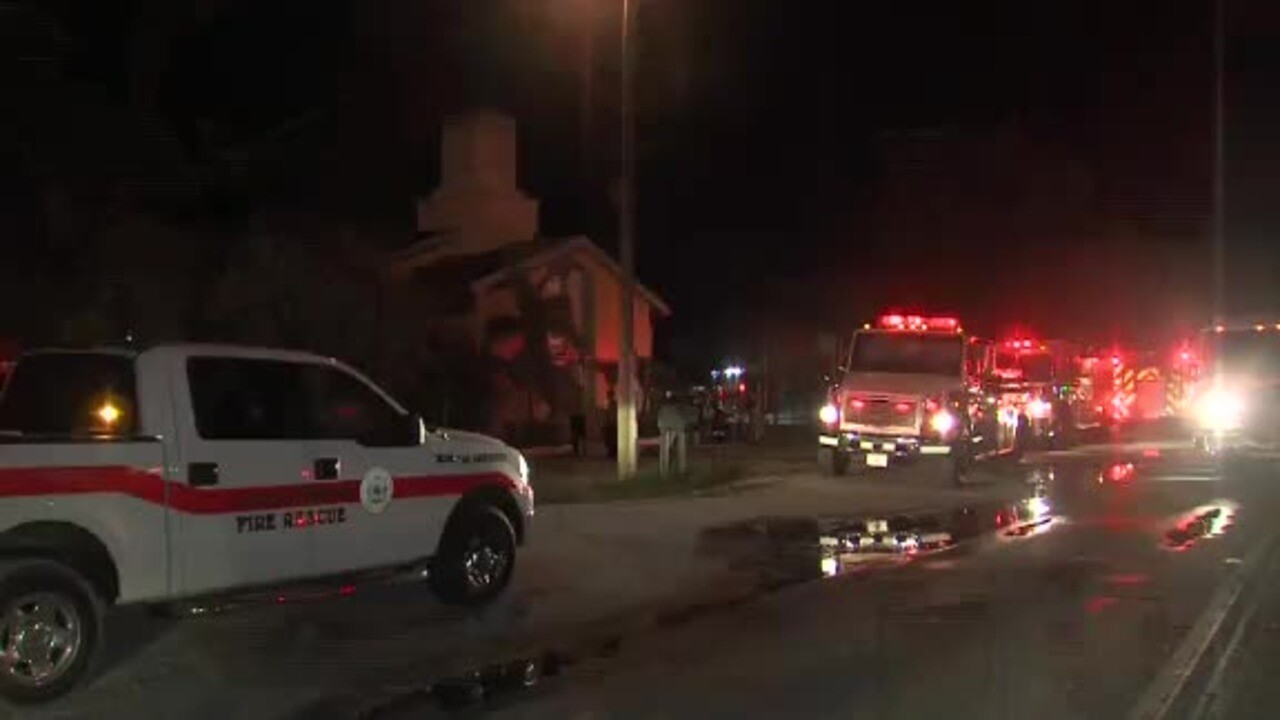 A fire broke out early Monday at the Florida mosque where the Pulse nightclub shooter, Omar Mateen, used to pray.

Firefighters were able to put out the blaze at the Islamic Center of Fort Pierce after receiving a 911 call shortly after midnight.

“At this time, there is no indication whether or not it is arson or an accidental fire. That is yet to be determined,” Major David Thompson with the St. Lucie County Sheriff’s Department said at a news conference.

“I wouldn’t want to speculate whether or not this is related or unrelated,” he said, on whether the fire may have been related to the anniversary of the September 11 terror attack.

Authorities said it’s too early to tell what caused the fire, but an arson investigator was called to the scene.

Photos released by the sheriff’s office showed that the structure appeared to be intact.

Firefighters were trying to make sure the building was safe before they could go inside to assess the extent of the damage, Thompson added.

Mateen had attended the Fort Pierce Islamic Center since 2003, Imam Syed Shafeeq Rahman told CNN earlier this year. Mateen had usually come for Friday prayers before the rampage at the Orlando nightclub on June 12.

Rahman said that the mosque preached a peaceful message.

“So far as we here in Fort Pierce are concerned, we are always very conscious — consciously speaking about peace, about love, about unity,” Rahman told CNN in a previous interview. We came to this country; this country gave us everything.”

The mosque had also been attended by Moner Mohammad Abu-Salha, a Florida man who became the first known American suicide bomber in Syria.

One of the attendees at the mosque told CNN that the Fort Pierce Islamic Center was “like any other mosque.”

“It’s simple, friendly,” Bedar Bakht told CNN in June. “Our imam is very good at explaining things. We never hear any stupid things coming out from anybody. It’s very low-key. So far, two kids [Mateen and Salha] to me, it’s very strange to me.”